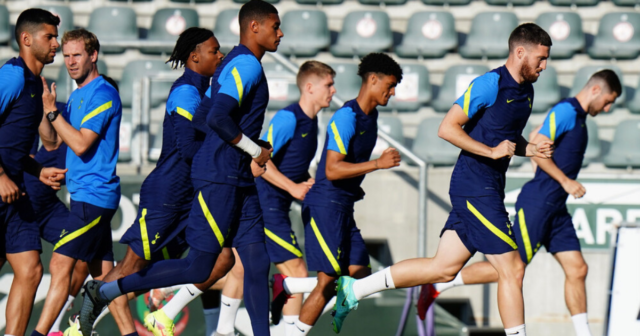 TOTTENHAM take on Pacos de Ferreira in their first-ever Europa Conference League game – but who are the Portuguese club?

Spurs slipped into the third tier of European football after finishing a lowly seventh in the Premier League last term.

Tottenham are training for their first-ever Europa Conference League game – but who are opponents Pacos de Ferreira?

On top of that, Nuno Espirito Santo may be forced to make do without Harry Kane, with the striker angling for a move to Manchester City.

Kane, 28, did NOT board the plane to Portugal for Thursday night’s game, with Tottenham forced to do without him – just like for the 1-0 league win over City at the weekend.

There are a lot of question marks surrounding Spurs this season.

But for now the biggest question is: Who are Pacos de Ferreira?

We take a look…

START AT THE BEGINNING

Pacos de Ferreira are a Portuguese football club from the northern, Porto region.

Officially founded in 1950, the club’s roots actually date back to the 1930s, when they played without any real recognition under the name Sport Club Pacense.

They entered the lower leagues of Portuguese football in April 1950 under the name Clube Vasco da Gama.

The club then adopted their current name – Pacos de Ferreira – in November of the same year and underwent a major rebrand.

At the time of their name change, the club also changed their colour scheme – and have stuck with it ever since.

Pacos de Ferreira play in a yellow top and green shorts – think Norwich City, but with a splash of red on the crest.

The Portuguese side play at the Estadio da Mata Real, which a tiny 9,077 capacity.

And their nickname, you ask? The Beavers…

LIGA OF THEIR OWN 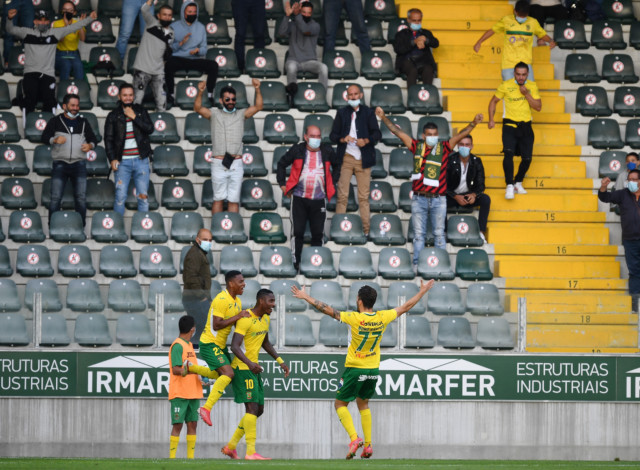 Pacos de Ferreira have only ever scored ONE goal in European football, excluding qualifying games

In the last 20 years, the club have actually spent all but TWO in the top-flight.

They were relegated in 2003-04 after finishing 17th in the 18-team league – but bounced back at the first attempt after topping the second tier a year later.

The club stayed in the top flight until 2018, bouncing from as high as third to as low as 15th, up and down with very little consistency.

And in 2017-18, they were relegated to the second tier after winning just seven of their 34 matches.

Again though, they managed to top the league at the first time of asking to bounce back to the Primeira Liga.

After finishing 13th in 2019-20, they jumped up to fifth last term to qualify for the inaugural Europa Conference League play-offs.

Their first foray in continental football came in 2007-08 when they lost their pre-group stage Uefa Cup tie against AZ 1-0 on aggregate.

Two seasons later, they made it past Moldovan minnows Zimbru Chisinau to reach the third qualifying round for the Europa League.

But they lost their next qualifying clash against Israel’s Bnei Yehuda Tel Aviv 2-0 on aggregate.

In 2013-14, they reached the Champions League play-offs following a third-place finish in the Primeira Liga.

But they were thumped 8-3 by Russian giants Zenit St Petersburg to drop into the Europa League group stages.

And it didn’t go well, scoring just ONE goal in their six matches.

They lost both games against Dnipro Dnipropetrovsk 2-0 to crash out of the competition.

Pacos de Ferreira have been forced to wait until this season for their next crack at European football.

They beat Northern Irish side Larne 4-0 at home and lost 1-0 away to comfortably progress on aggregate.

And now they face arguably their biggest-ever European test against Spurs. 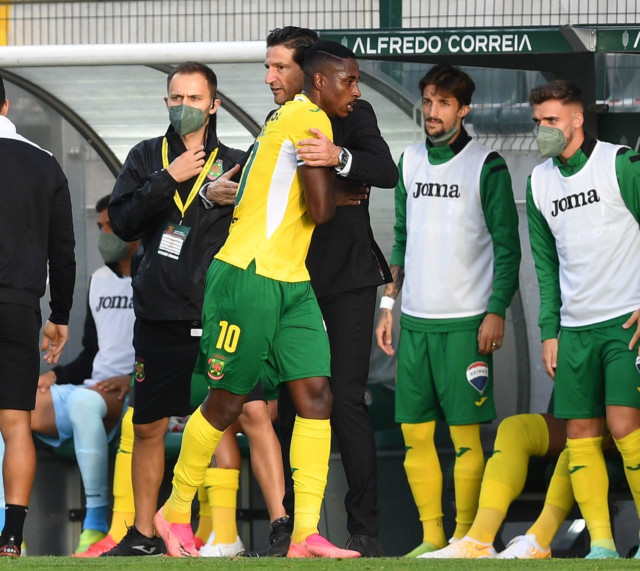 Jorge Simao is currently the manager of Pacos de Ferreira

You might think you recognise the name from his playing days, but it’s unlikely.

Simao only ever played amateur football during an eight-year career.

In fact, he gave up on playing to take up coaching aged just 26 – serving as an assistant boss for 11 years, most-notably at Belenenses between 2012 and 2014.

His time as No2 at the Portuguese giants earned up his first full-time job at Lisbon-based Atletico Clube de Portugal in 2014.

Simao returned to Belenenses as the boss in 2015 and actually took charge of Pacos de Ferreira in 2015-16.

The boss has managed in Belgium and Saudi Arabia, as well as stints at Portuguese big names such as Braga and Boavista.

But Simao has never stayed at a club for more than the 16 months he spent at Boavista between September 2017 and January 2019.

Simao – a Middlesbrough target in 2019 – is now back at Pacos de Ferreira having taken over in May.

In his five games back in the hotseat, he’s won two, drawn one and lost two.

Among their managerial alumni, Paulo Fonseca – most-recently of Roma – took charge between 2012-13 and 2014-15, with Simao succeeding him after his second stint. 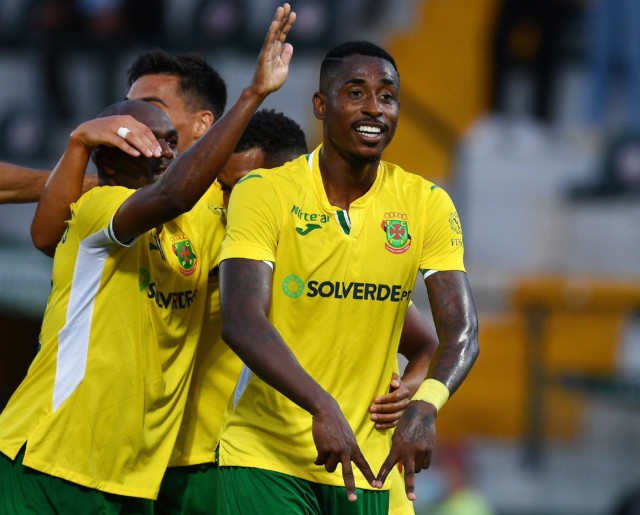 Last season, Douglas Tanque was their biggest threat with 11 goals in 34 games.

But in 2021-22, under Simao, fellow Brazilian Denilson is the main goal threat.

The 26-year-old journeyman has scored three times in four games to keep Tanque out of the starting XI.

Pacos de Ferreira have plenty of attacking threat though, with Nuno Santos, Lucas Silva and Juan Delgado in the squad.

Elsewhere, Canadian ace Stephen Eustaquio is their rock in the heart of midfield, with ex-Roma left-back Vitorino Antunes also in the team.