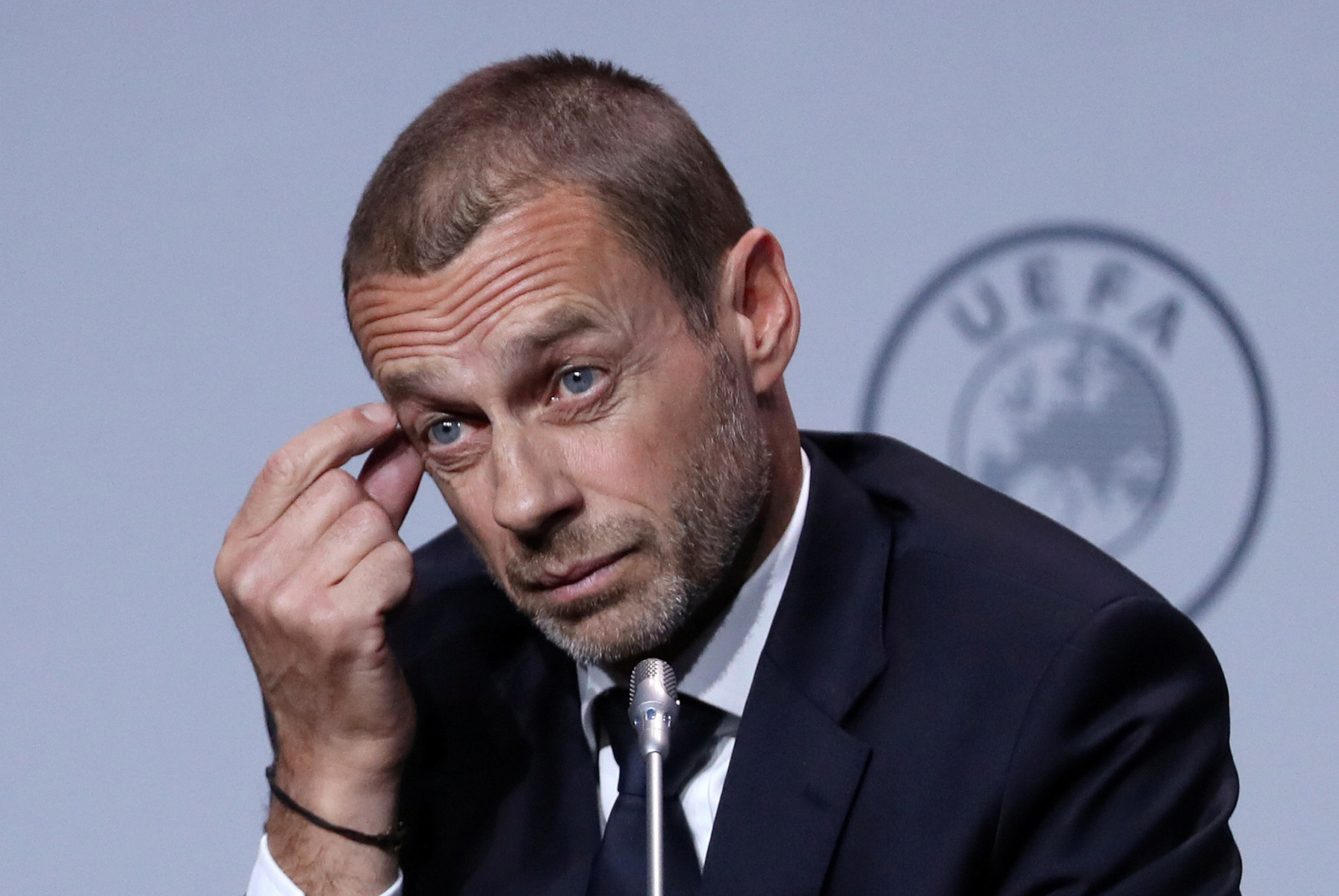 UEFA has urged European leagues to “walk united” and not “abandon” the season to the coronavirus pandemic.

Ahead of vital video talks between Premier League chiefs, Europe’s football bosses stressed the “paramount importance” of deciding competitions through results “on the field”.

Most Prem clubs want to play out the campaign, even if it resumes as late as July – not least as they could otherwise lose £762million from broadcasters.

And Sky News say Uefa has written to its 55 member associations, urging them to do all they can to restart the season once it is safe to do so.

The letter states: “It is of paramount importance that even a disruptive event like this epidemic does not prevent our competitions from being decided on the field, in accordance with their rules and that all sporting titles are awarded on the basis of results.

“As responsible leaders in our sport, this is what we must ensure, until the last possibility exists and whilst planning, operational and regulatory solutions are available.

“We are confident that football can restart in the months to come – with conditions that will be dictated by public authorities – and believe that any decision of abandoning domestic competitions is, at this stage, premature and not justified.”

Some Dutch clubs have also suggested this week their season should end early.

But at a video conference on Friday Prem chiefs will discuss ways of avoiding any such abandonment.

And The Athletic revealed one top-flight chief executive has even put forward the outlandish idea of moving the rest of the campaign to China – believing it could now be the safest country.

Meanwhile, Uefa say working groups are focusing on “scenarios encompassing the months of July and August” for resuming play across European leagues.

But even the results of those discussions might not be ready until mid-May.