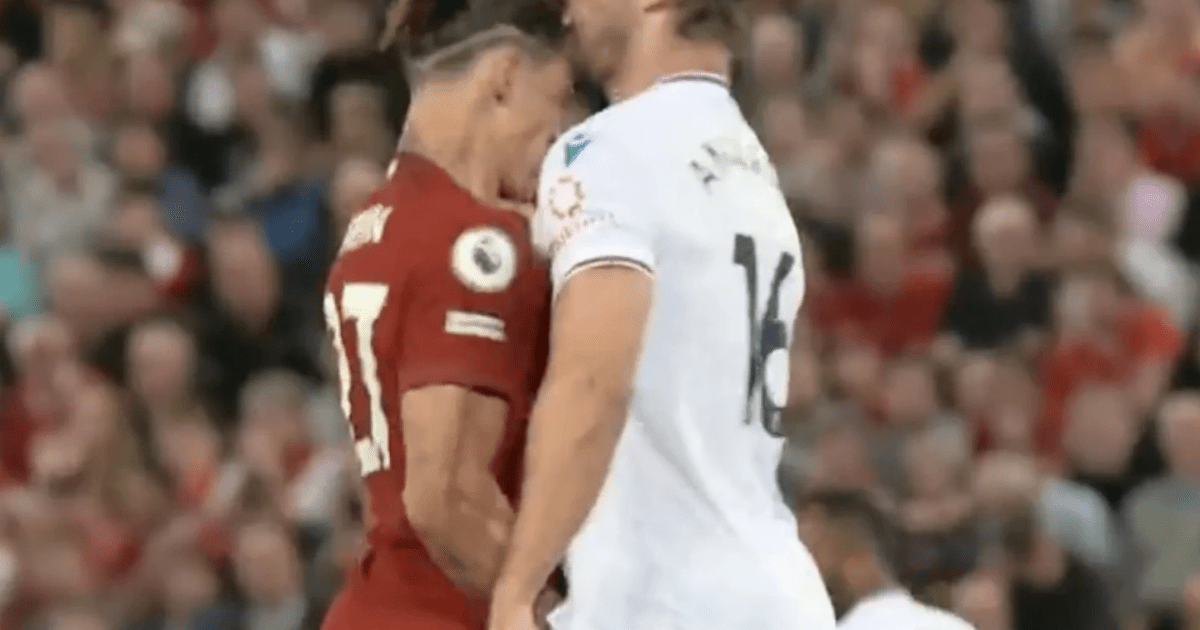 LIVERPOOL star Darwin Nunez has apologised after being sent off against Crystal Palace for a headbutt on Joachim Andersen.

The Uruguyan, 23, lost his cool and assaulted the Palace centre-back midway through the second half.

Nunez apologised for his “ugly attitude” on social media

Liverpool trailed 1-0 at the time of the incident thanks to Wilfried Zaha’s goal, though did manage to equalise through Luis Diaz despite Nunez’s dismissal.

The £85million striker apologised for his actions in a message on Twitter, while also acknowledging his poor behaviour.

Nunez said: “I am aware of the ugly attitude I had. I’m here to learn from my mistakes and it won’t happen again.

“Apologies to Liverpool all. I’ll be back.”

Reds team-mate Virgil van Dijk has also spoken about the incident, warning Nunez he “has to control himself”.

But the defender stated Nunez has the full backing of the squad and knows he cannot allow to display such behaviour again.

Meanwhile, Andersen has revealed the horrific abuse he received after the match.

The Dane got hundreds of abusive messages, including death threats directed to him and his family.

He wrote on social media: “He wrote: “Got maybe 3-400 of these messages last night. I understand you support a team but have some respect and stop act tough online.

“Hope @instagram and the @premierleague do something about this.”