Unai Emery called me a ‘white witch’ and blamed me for getting sacked at Arsenal, reveals ex-girlfriend Sacha Wright
Advertisement 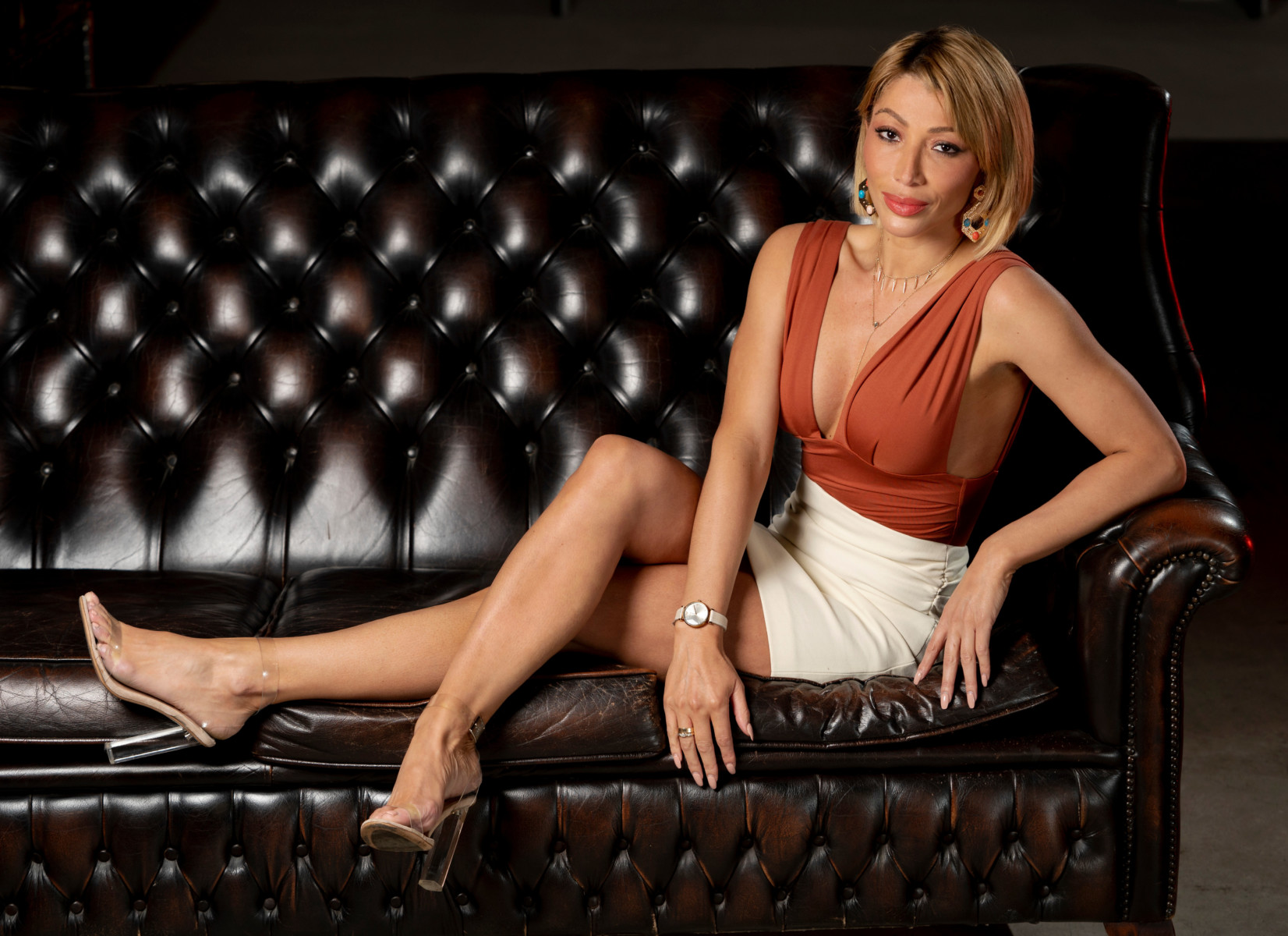 AN ex-girlfriend of former Arsenal boss Unai Emery says he branded her the “white witch” — blaming her for his team’s bad form that got him sacked.

He claimed their turbulent relationship and frequent rows were responsible for an embarrassing winless run that got him axed from the club last November.

Today, Sacha Wright opens up for the first time about her two-year romance with the 48-year-old Spaniard which ended last month.

She also tells how he used Google Translate on dates after matches and would keep her up all night — watching two games of football at once in bed.

Sacha, 35, told HOAR on Sunday: “I trusted Unai and really believed we would get married and have kids together one day.

“I thought he was a gentleman and a real family man. But in the end I realised he was not ready for a serious relationship.” 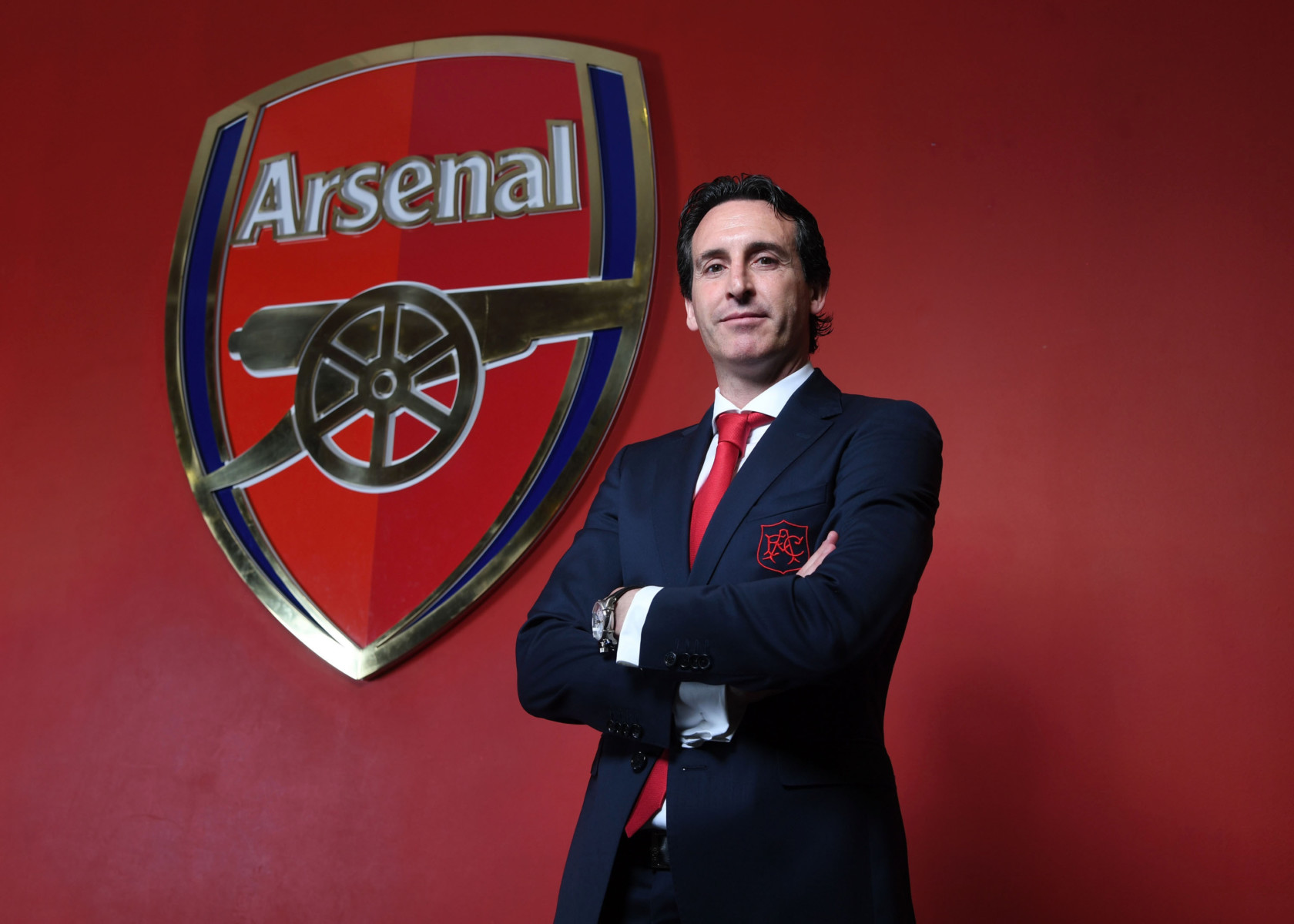 Sacha dumped Unai last September just two months before he was given the boot by Arsenal.

She took him back in December but added: “It was then that he blamed me for getting him the sack. He told me I was a white witch as I had brought him so much bad luck.

“He said, ‘It was the day we broke up that we started to lose’.

“He told me he was so stressed out that his mind wasn’t in the right place after we separated.” 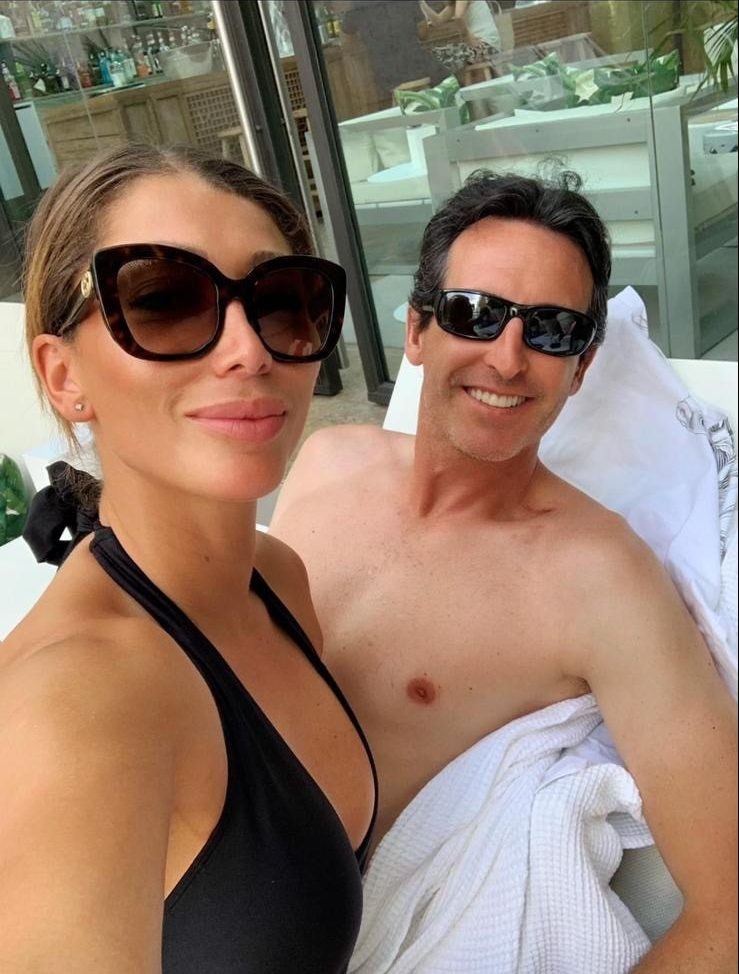 Sacha’s revelations shine a light on the troubled Unai era that saw the Gunners sink further below arch rivals Tottenham in the Premier League and lose out on a lucrative Champions League place.

The Spanish manager was hailed as Arsenal’s saviour when he joined from French club PSG to replace Arsene Wenger in 2018.

But despite a winning run of 11 games in his first season and reaching the final of the Europa League, Unai was frequently mocked over his poor English — pronouncing “good evening” as “good ebening”.

Sacha met the former Sevilla boss soon after he took the job. She reveals: “We met in the summer of 2018 and we started chatting but I do not follow football so I had no idea who he was. 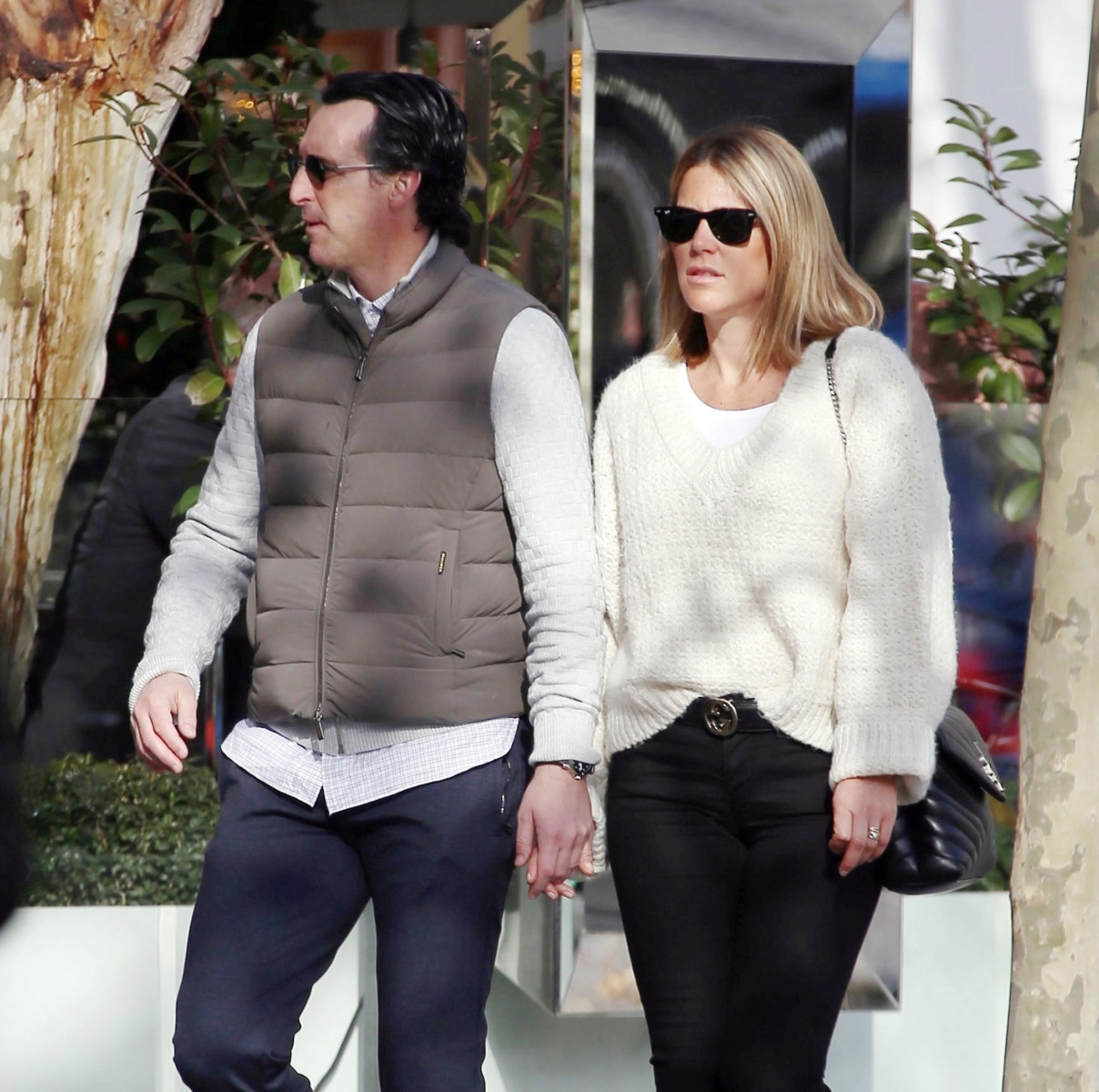 Emery pictured at lunch with his wife Luisa Fernandez in January

“He told me he worked in the sports industry and his English was bad as he’d just moved to London.

“He asked me out but said he didn’t want to meet anywhere too busy. He asked me to go to his house in Barnet but I told him no, absolutely not.

“We agreed to meet at an Italian restaurant in Hampstead. When we arrived, I realised he must be someone important as even though the restaurant was about to close, they kept it open.

“He had a heavy accent. He would regularly stop the conversation so he could check words on Google Translate on his phone, but I found him attractive from the moment we met. 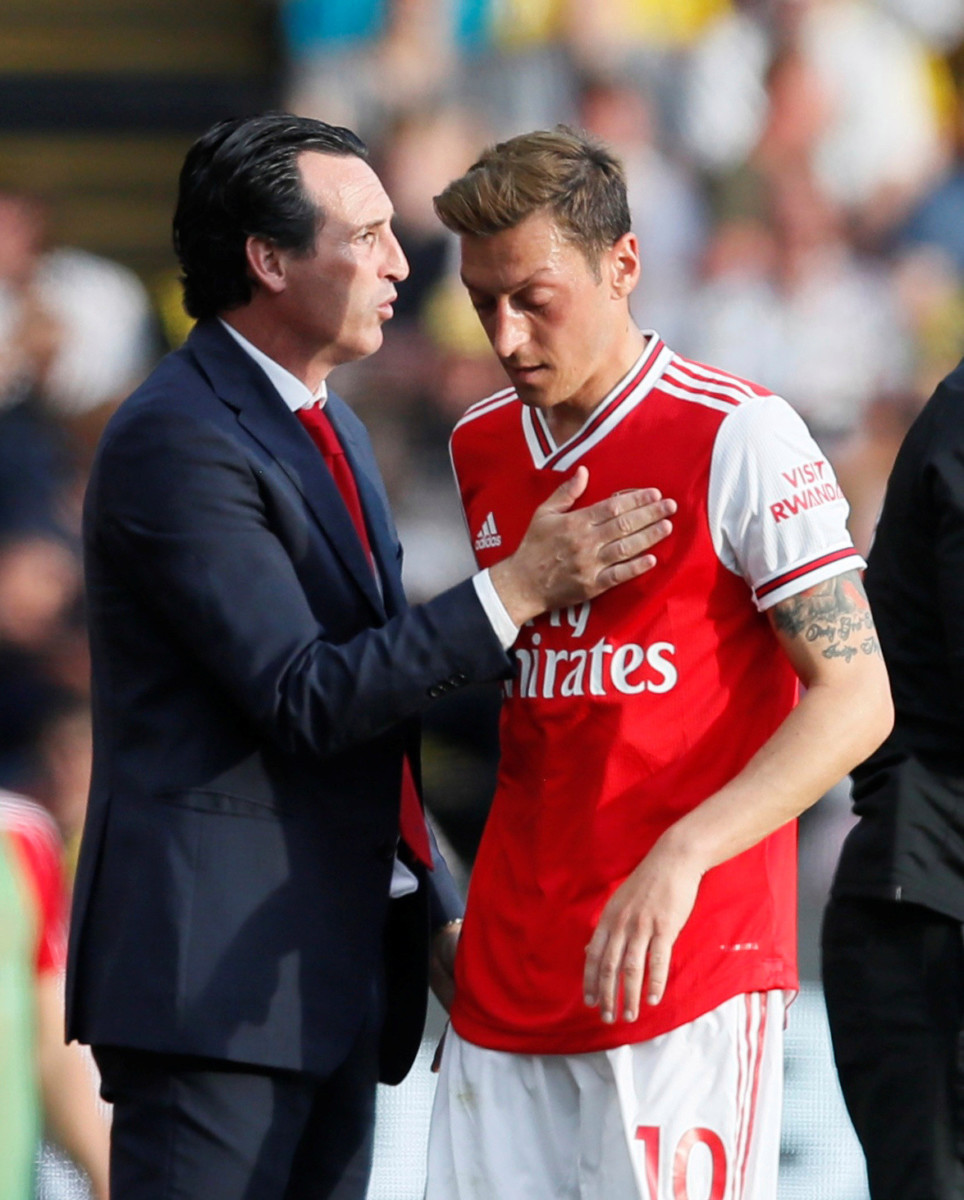 “He dressed well and seemed like a really nice guy. He joked that I could be his English teacher.”

Dad-of-one Unai — whose teenage son is a goalkeeper with the Spanish club Valencia — and Sacha would regularly meet at the star-studded Gaucho steak restaurant in Hampstead, North West London, where they would drink Laurent Perrier champagne until 1am.

It was when they got back to his house in Barnet, North London, that his footie obsession surfaced — as dedicated Unai would insist on watching games in bed.

Sacha said: “His house was big and beautiful. It was tastefully designed with the most amazing chandelier in the hallway and a huge spiral staircase. 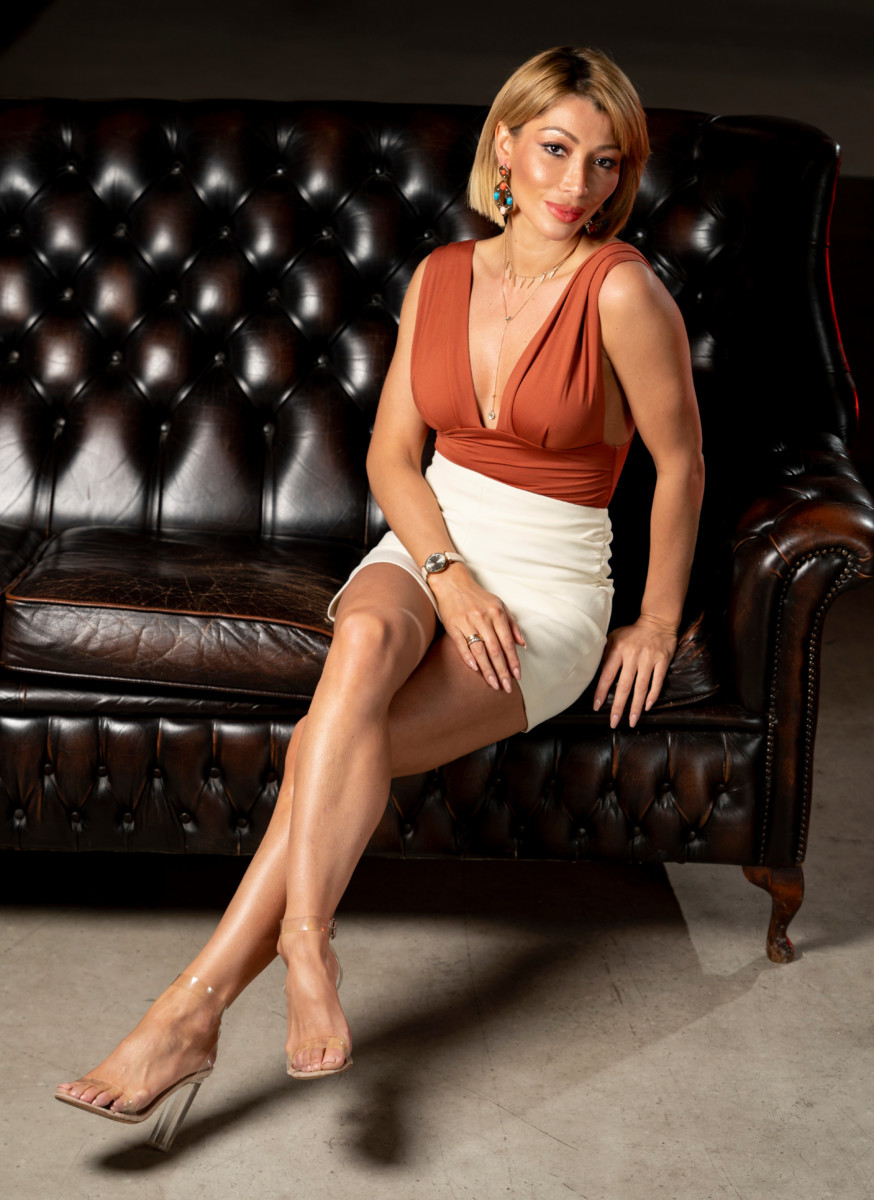 “Unai was very thoughtful at first. He didn’t buy me any gifts or take me shopping but I didn’t expect that as I have my own money. But we had some really nice holidays and weekends away.

“We would meet up after most games and sometimes during the week too. If the team had not been playing well he would tell me, ‘I’m having a tough time. It’s very stressful at the moment’.

“He was always watching football and checking the results.

“He would even lie in bed with one game on his computer and another one on his tablet. This would be in the morning and also right before we went to sleep. 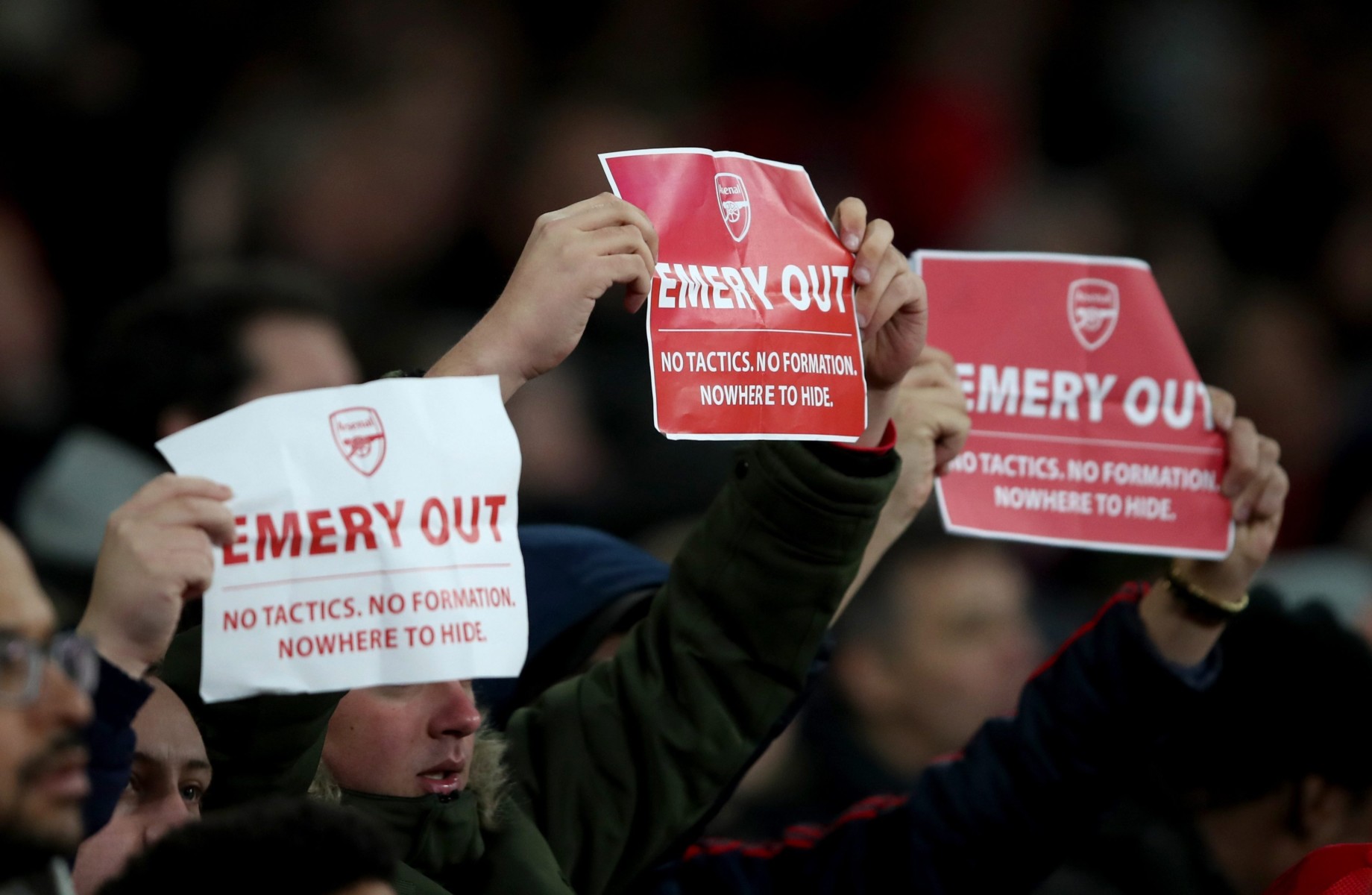 “It was bit annoying but it was his routine and I accepted it.” Unai said that he was divorced and had been separated from wife Luisa for six years.

But Sacha grew frustrated at the clandestine nature of their relationship. She added: “I never met his family, his friends or any of the Arsenal staff.

“If we bumped into someone in a restaurant, he would never introduce me as his girlfriend and if someone tried to take our picture he would get upset.

“He was often edgy when we were arriving at a restaurant but once we got inside he would relax and start kissing and hugging me. 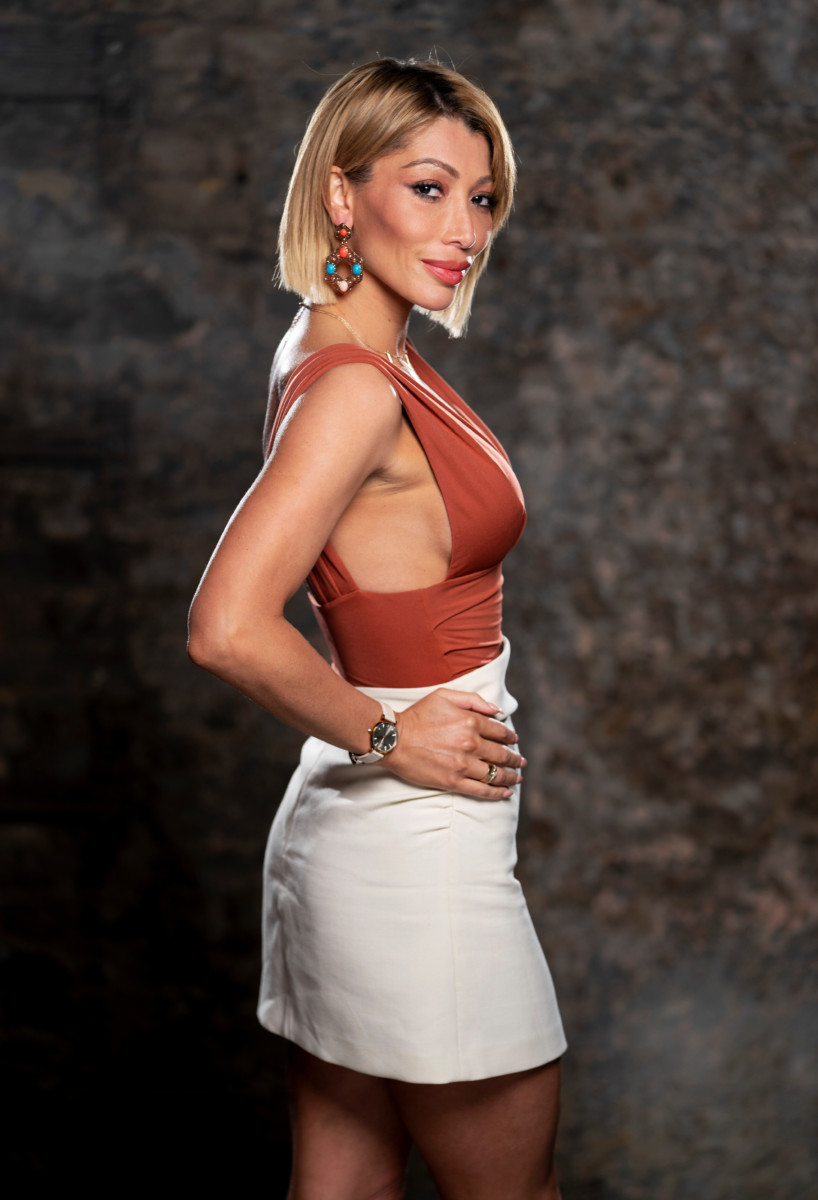 “But last summer my friend showed me a newspaper article which said he and his wife had to move seats on an aeroplane because they were being heckled.

“I confronted him and he was like, ‘Oh my God, you don’t trust me’. He said he was travelling with his brother and it was his brother’s wife.

“By September last year, I wasn’t sure where we were going. I told him, ‘If you are not going to introduce me to people and settle down, what is the point of this?’.

“He told me again and again that he needed more time and said, ‘Let’s just take things slowly’. I told him I’d had enough and ended it.”

Unai begged Sacha to take him back but she refused right up to the point when she read he had been fired by Arsenal last November.

She added: “I flew out to meet him in San Sebastian just before New Year’s Eve and it was then that he blamed me for Arsenal losing.”

After splitting again last month, she “vowed never to see him again”.