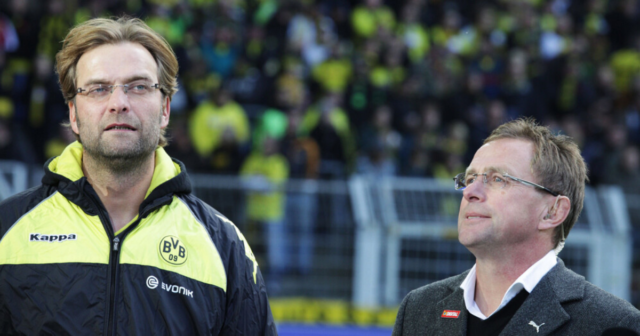 JURGEN KLOPP has praised Manchester United’s appointment of Ralf Rangnick by hailing him as an “organised and experienced coach”.

Klopp, whose managerial style was inspired by Rangnick, insists it is “not good news” for other Premier League clubs that the German has arrived in England.

Klopp and Rangnick have known each other for many years

When asked about Rangnick’s arrival, he said: “Unfortunately a good coach is coming to England, to Manchester United!

“Man United will be organised on the pitch. That’s obviously not good news for other teams.”

Did you miss our previous article…
https://www.sportingexcitement.com/football/premier-league/arsenal-chief-edu-broke-down-in-tears-after-spending-10-hours-in-jail-because-agent-gave-him-fake-passport