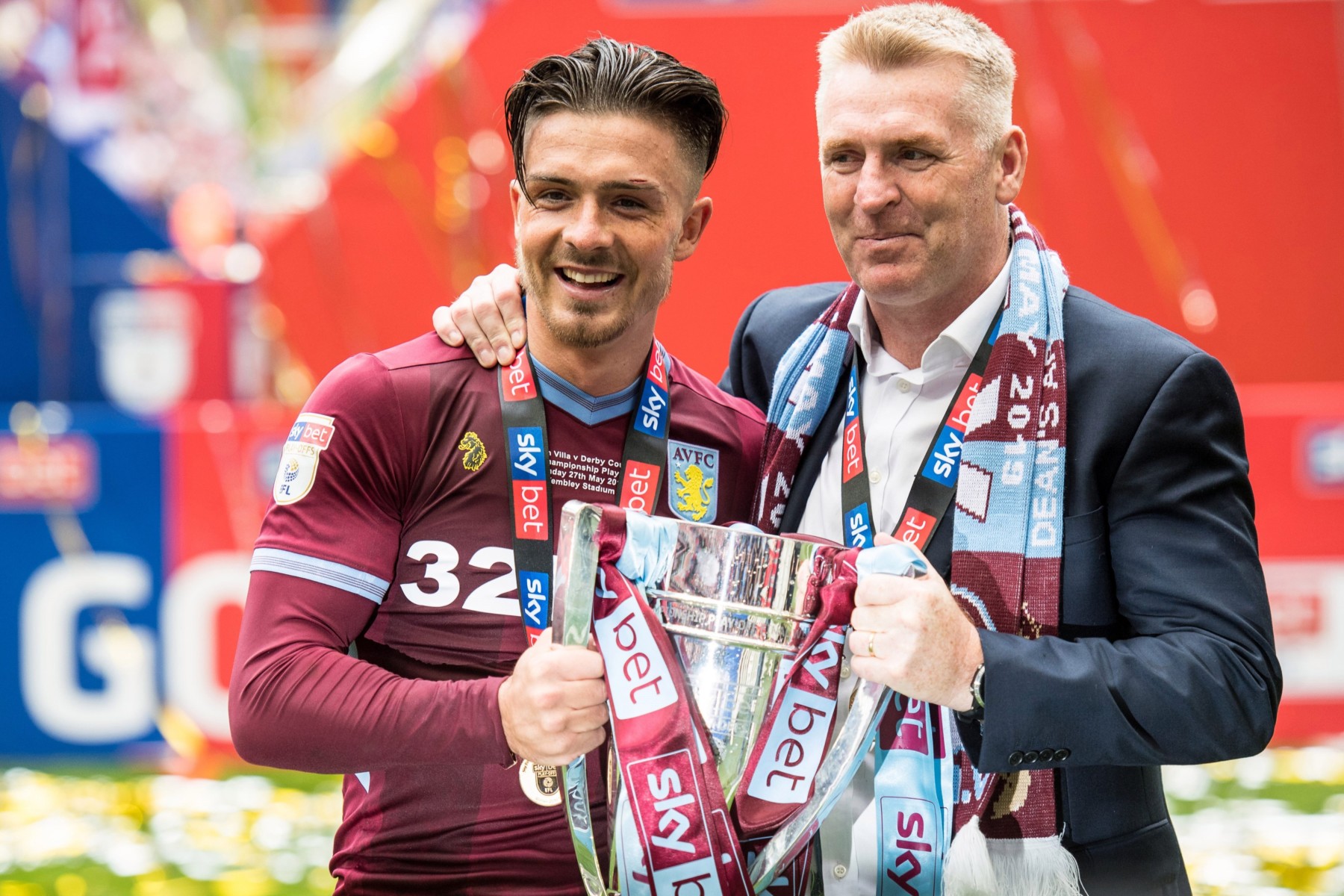 Smith knows beating Manchester City in tomorrow’s Carabao Cup final will not be enough to keep the £80million-rated star if his club go down.

Playmaker Grealish is wanted by Manchester United, while Barcelona and Real Madrid are also tracking him.

Villa boss Smith said: “He wants to play at the highest level and he wants to win trophies. We have to work hard on Sunday to win that trophy.

“But staying in this league is one of the biggest things to help us keep him.

“Jack’s future is down to what happens over the next three months.”

Skipper Grealish, 24, will lead his boyhood team out at Wembley — his fifth club game there in five seasons.

The uncapped Englishman is determined to lead Villa to what would be their first major silverware since beating Leeds in the 1996 League Cup final.

Grealish said: “Cup finals are the games you dream of playing in as a kid and, being an Aston Villa fan, leading my boyhood club out.

“It always touches me before the game when you go past the pubs and the Villa fans are everywhere.

“If anyhow I could get my hands on that trophy it would be a dream come true. I know what I want to do in my career: play for Aston Villa, play for England and win trophies. That’s the aim.

“I’ve always known what I can do and how good I can be.

“I’ve never really had any doubts that I wouldn’t be able to perform the way I am.

“You want to have medals and have lifted trophies and sometimes I pinch myself that I’m Villa captain at 24.”

Grealish will have to get the better of his idol if Villa are to end their 24-year wait for silverware.

He added: “I’m half star-struck when I play against Kevin De Bruyne — he’s my favourite player ever. I look to take stuff from his game.”

Villa go into the final after reporting losses of £68.9m — but saying they have complied with Financial Fair Play rules.

Most of those losses featured £45.8m of promotion-related costs, including a £30m bonus paid to former owner Randy Lerner.