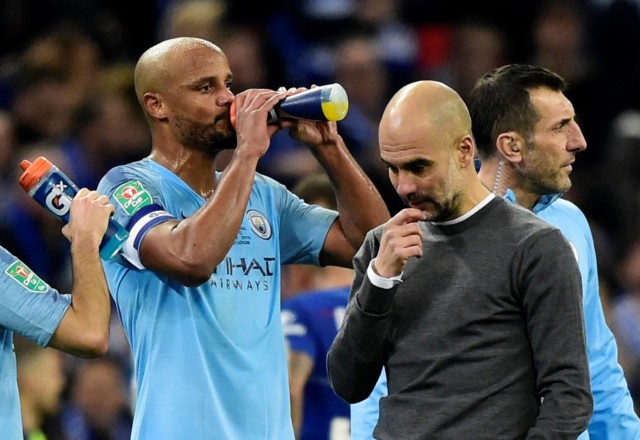 VINCENT KOMPANY turned down the chance to return to Manchester City’s coaching staff and pledged his future to Anderlecht.

The club’s legendary former skipper was offered the chance to return to the Etihad just a year after leaving.

Pep Guardiola has been looking for a new No2 since Mikel Arteta left to take charge of Arsenal in December.

And it is believed informal discussions were held to see if Kompany would be interested in the vacancy.

He enjoys legendary status among the City faithful after lifting 10 trophies during his 11 year stay at the club.

However this week he confirmed to Anderlecht he is committed to the role until his contract expires in 2022 and beyond.

He has also ploughed some of his own money into his boyhood club as part of a takeover which has just gone through.

One major factor is that Kompany wants to carry on playing after seeing so much of his career blighted by injury – and fears he may not get that chance at the Etihad.

The 34-year-old still believes he can play for his country at the next World Cup in just over two years’ time.

His first year as player manager was mixed as they finished eighth in the table which ended early due to Coronavirus.

Guardiola is still believed to be keen to bring in a new assistant ahead of next season with former Liverpool midfielder Xabi Alonso linked with the role.