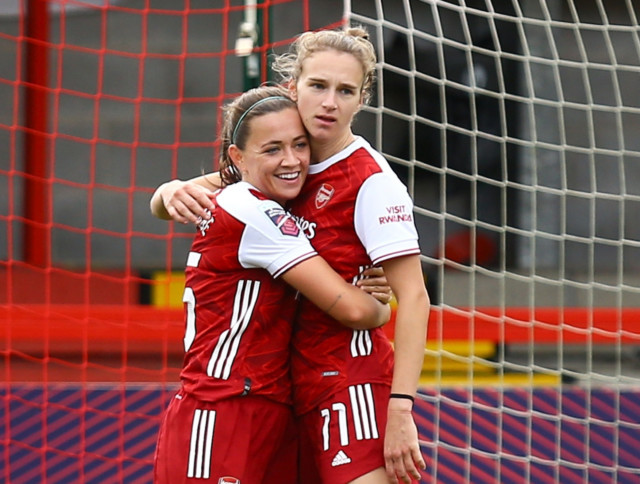 Her brace helped the Gunners leapfrog Manchester United at the top of the table.

Dutch ace Miedema, 24, reached a staggering tally of 49 goals in 49 games to share the record with England forward Nikita Parris.

Joe Montemurro’s side were ruthless in attack for much of the game netting five times against the home side.

And the Arsenal boss was full of praise for Miedema, who also delivered a deadly cross for Lotte Wubben-Moy to score on her Gunners debut.

Montemurro said: “It’s an absolute privilege to coach her as player.

“I’m so proud to be part of her development and we can always tick off the box in terms of her finishing and scoring goals.

“But the amount of work she does off the ball and knowing when to trigger the press is a true mark of a great player.”

“She is a phenomenal girl and we are all proud of her as the family we are at Arsenal.

“I urge people – if they get the opportunity to come and see our games in future – to watch the work she does off the ball.” 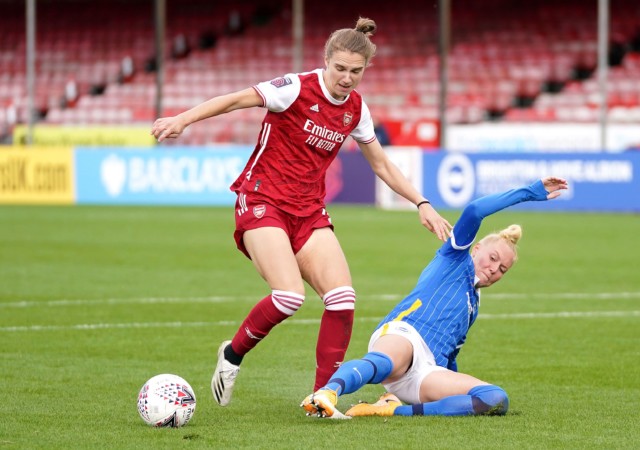 But Arsenal opened in the tenth minute, with Miedema beating Megan Walsh with a low shot.

And a header from Wubben-Moy and the second Miedema strike wrapped up the 5-0 win for the Gunners who maintained their hundred per cent win record. 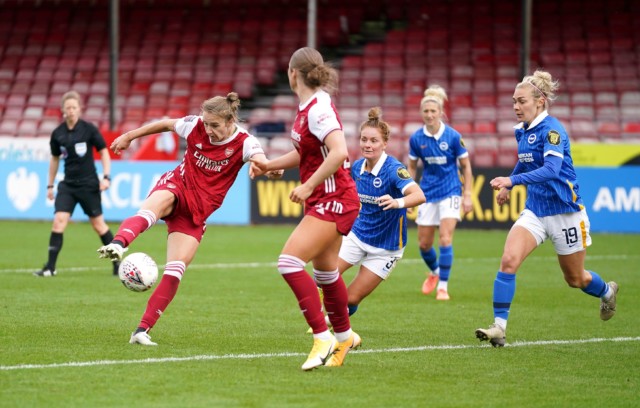 But it was Arsenal who opened the scoring in the tenth minute with Miedema beating Megan Walsh with a low at the near post.

Goals from Danielle Van de Donk and Jen Beattie in the 36th and 48th minutes saw the Gunners extend their lead.

And second Miedema strike and header from Wubben-Moy wrapped up the win for the league leaders.