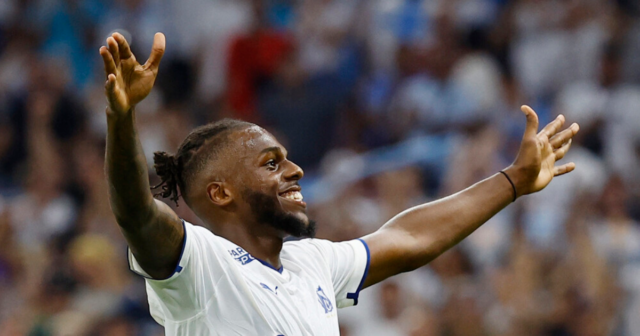 ARSENAL loanee Nuno Tavares scored a screamer on his debut for Marseille, where he plays on loan this term.

Tavares, 22, helped L’OM thrash Reims 4-1 at the Veldrome in their first Ligue 1 match of the season.

Nuno Tavares has scored on his Ligue 1 debut for Marseille

It's a superb strike from the Arsenal loanee 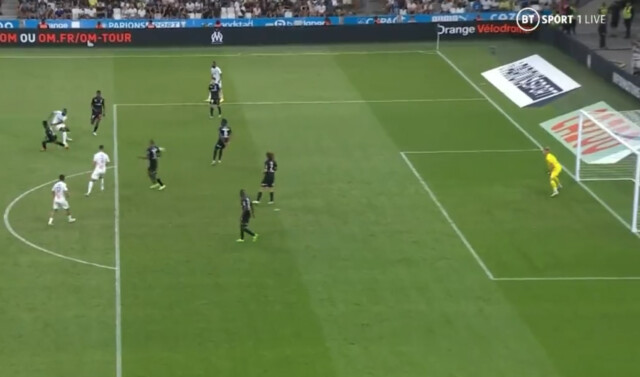 The left-back netted the French giants’ second, which practically ended their opponents’ hopes of getting back in the game after Wout Faes’ own goal, in the first half.

The Portugal Under-21 international picked up a long ball by Leonardo Balerdi down the left flank and danced around Reims’ defenders.

The 22-year-old took the ball to the edge of the box and fired a thunderous right-footed shot that hit Patrick Pentz’s bottom left corner in the first minute of stoppage time.

Arsenal fans were in awe of the full-back’s wondergoal following a hapless debut season at the Emirates that convinced manager Mikel Arteta to sign Oleksandr Zinchenko to compete with Kieran Tierney.

Tavares was considered a flop upon his departure for Marseille but the Gunners’ faithful took to Twitter to express their hope he will return a changed man, just like William Saliba did.

Another posted: “Love him and yes…get the experience.”

A third wrote: “This bloke will come back to us as an absolute monster, mark my words, raw talent who needs a season or two away from the club, sounds familiar.”

This fan said: “He is going to come back bigger and stronger like Saliba.”

And that one tweeted: “Bring him back to do RB [right-back].”

But Tavares wasn’t the only Arsenal loanee to mark his debut with a goal in Marseille.

Folarin Balogun came off the bench and scored Reims’ one and only goal to ease the pain, while Luis Suarez’s brace sealed the hosts’ triumph.