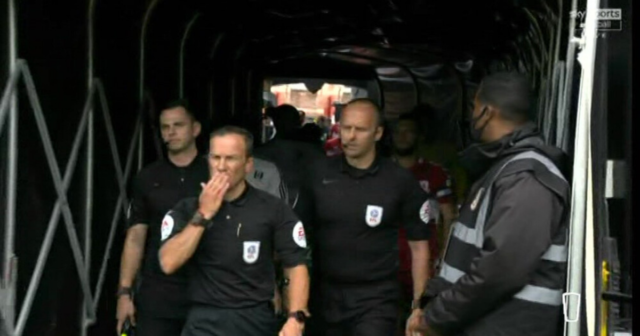 REFEREE Keith Stroud is clearly as delighted as anyone to see the new season – and bizarrely blew a KISS to the match ball ahead of his game on Sunday.

The whistler took charge of Fulham’s 1-1 draw at home to Middlesbrough. 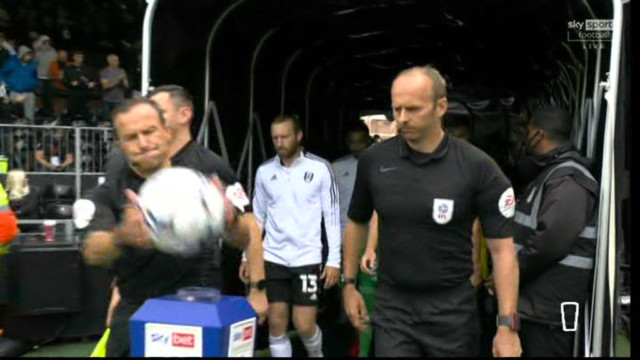 Keith Stroud blowing a kiss to the ball to kick-start the new season.

We are so through the looking glass.#CelebrityRefs

And as he led the teams out of the tunnel, he performed the hilarious gesture before picking the Championship ball off the plinth at Craven Cottage.

To top it off, Stroud did the classic collection – throwing it up and catching it with both hands.

Even his assistants looked a bit confused by the antics – and unsurprisingly, fans on Twitter were also baffled.

One wrote: “You just know he was practising it last night in the bathroom mirror.”

Another said: “The strut, the kiss, the ball collection. Football referees are back.”

And a final user commented: “Keith Stroud is back, baby.”

It is not the first time the 51-year-old from Hampshire has been spotted demonstrating his love of the beautiful game.

In August 2019, Stroud kissed the ball as he walked out for Salford City’s Carabao Cup clash with Leeds.

And last September he was at it again ahead of Watford vs Middlesbrough.

At least this time he was more Covid-safe by blowing the kiss rather than giving the ball a big smack with his lips.

Many compared the move to the original celebrity ref, Mike Dean, who has forged a reputation for his eccentric style on the pitch.

The Football Ramble said: “You thought Mike Dean was a showman, but bet he’s never blown a kiss to the match ball like Keith Stroud did today has he.”

Paul typed: “Dean-esque showboating for the cameras. Makes me cringe.”

And James joked: “Oooooft he’s set the bar high on day 1 of the season. Can’t wait for Dean’s response.”

With the Premier League not underway until Friday, Dean had the weekend off – and made the most of it by heading to Prenton Park to watch his beloved Tranmere take on Walsall.

But on the hour mark, when one of the assistants went down injured, Dean raced to the rescue by stepping in as fourth official.

Dean could have a rival in the top flight this season, though, with fellow referee Kevin Friend showing early signs of form in pre-season.

The Leicestershire-based official hilariously booked the crowd during Bristol City’s friendly against Aston Villa after the travelling fans chanted ‘You’re just a s*** Mike Dean’ at him. 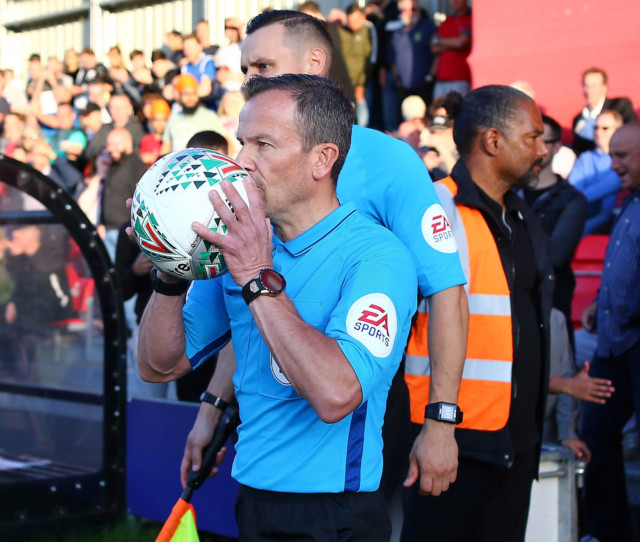 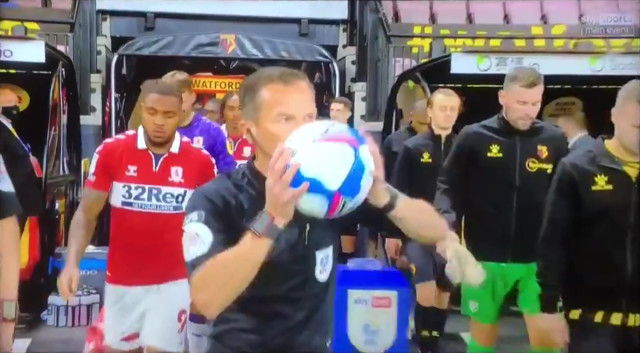 As well as a 2019 Carabao Cup clash, Stroud did it again at Vicarage Road last season
Advertisement. Scroll to continue reading.

Did you miss our previous article…
https://www.sportingexcitement.com/football/premier-league/arsenal-still-hopeful-of-martin-odegaard-transfer-despite-maddison-interest-and-will-bid-if-real-madrid-choose-to-sell