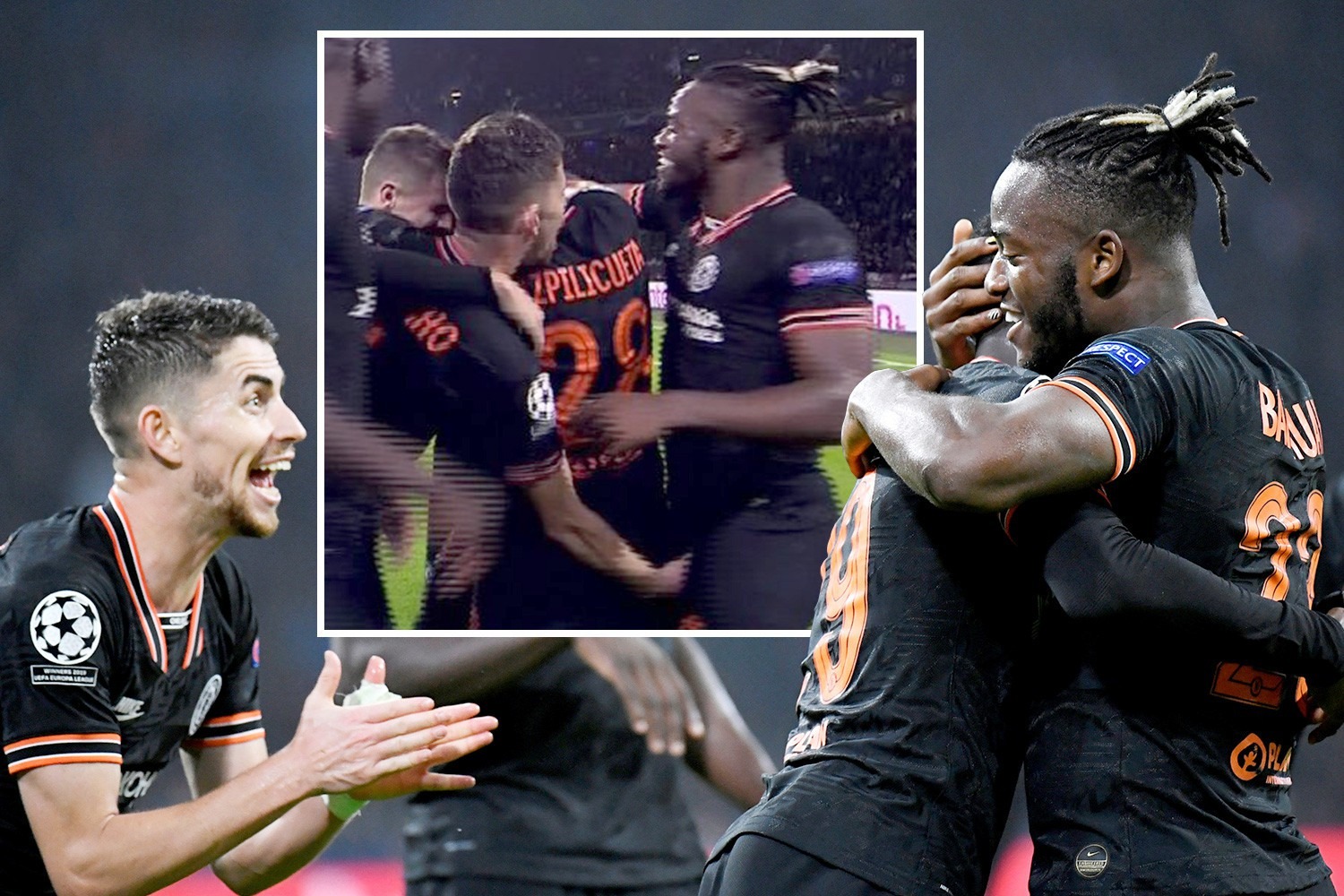 JORGINHO gave Michy Batshuayi’s balls a little tickle after the Belgian netted the winner against Ajax – leaving fans in hysterics.

The in-form striker, 26, scored late on for the Blues in their Champions League clash after coming off the bench for Tammy Abraham.

As Batshuayi celebrated in the corner, Italian midfielder Jorginho charged over to show him a little affection with a cheeky grab.

The Belgian quickly recoiled, but eagle-eyed fans witnessed the incident unfold in front of their eyes, before taking to Twitter to have a good laugh about it.

Dozens of Blues fans commented on the video with laughing and crying emojis as Jorginho‘s fondle stole the show.

Earlier in the game, Chelsea were given an almighty lifeline after VAR ruled out what appeared to be a perfectly good goal from Quincy Promes.

Replays appeared to show the Dutch star was onside, only for the VAR still to suggest he had a tiny sliver of arm offside.

Chelsea were lacklustre and wasteful for most of the evening in Amsterdam, with Abraham and Callum Hudson-Odoi failing to show off their top form.

And it was Abraham’s replacement, Batshuayi, who scored the winner just months after his Blues career looked dead and buried.

The Belgian has been shipped off on loan spells at Valencia and Crystal Palace.

But now he has overtaken Olivier Giroud in the pecking order and is in contention to replace Abraham as the starting striker for the game against Burnley.