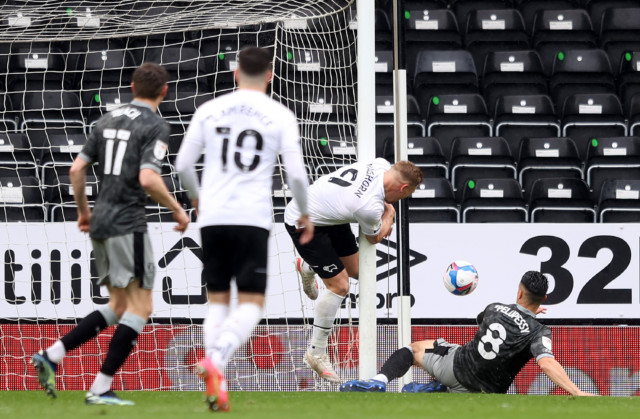 MARTYN WAGHORN handed Derby an early scare in their relegation six-pointer after a horror collision with the post.

Less than 15 minutes into their D-Day contest with Sheffield Wednesday, Waghorn bravely launched himself at a cross in an attempt to score the opener.

Martyn Waghorn smashes into the post at force against Sheffield Wednesday

Martyn Waghorn flies in at the far post and heads just wide, clattering into the post in the process. Luckily he is back on his feet and okay to carry on after a lengthy stoppage.

The teasing delivery found the backpost and the striker narrowly directed his effort agonisingly wide of the target.

But throwing his body on the line left him in agony on the turf after clattering into the woodwork at pace.

Viewers could hear the impact from their TV sets at home as medics ran onto the pitch.

Waghorn was barely moving on the turf raising worries that he was knocked out unconscious.

Those fears were eased when he finally got back to his feet after four minutes before making his way back onto the field.

Luckily for Waghorn, the striker narrowly missed smashing his face with his chest taking the brunt of the force.

It would prove a sigh of relief for boss Wayne Rooney who is involved in one of the most important matches of his career. 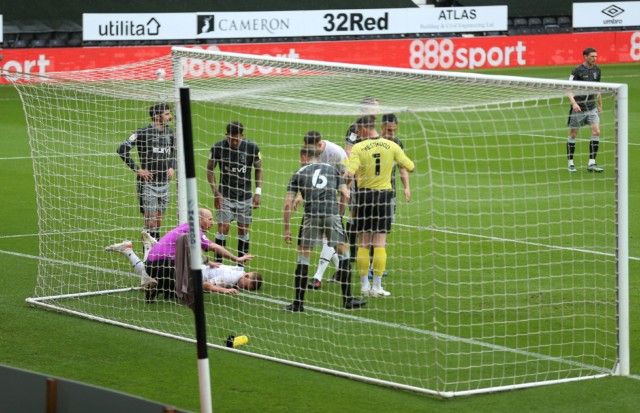 Fears were raised after Waghorn smashed into the post at force 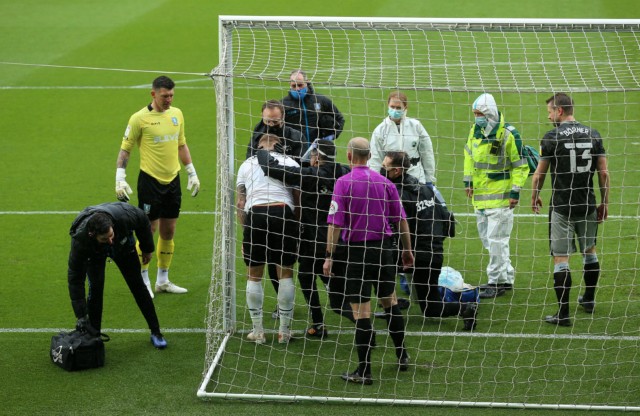 He eventually got back onto his feet and play could continue

Derby will be relegated if they lose to Sheffield Wednesday or if they draw and Rotherham beat Cardiff.

His side headed into the contest on the back of just five points from 13 matches.

Relegation will mean they will be playing in the third tier for the first time since 1986.

Did you miss our previous article…
https://www.sportingexcitement.com/football/premier-league/georginio-wijnaldums-agent-admits-star-wants-bayern-munich-talks-over-free-transfer-when-his-liverpool-deal-ends