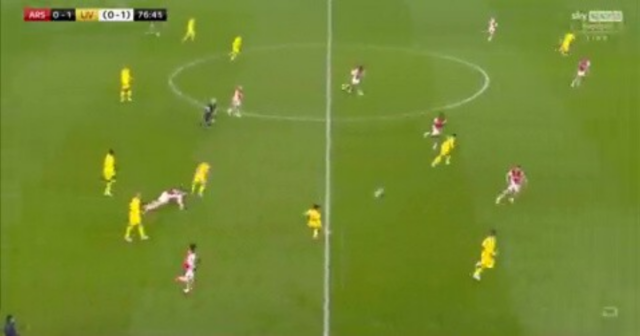 TRENT ALEXANDER-ARNOLD produced another trademark pearler of an assist as Liverpool beat Arsenal in the Carabao Cup semi-final.

The Englishman looped a beauty of a ball over the top of Arsenal’s defence to set up Diogo Jota for his second of the night in the 2-0 second-leg win at the Emirates.

LIVERPOOL HAVE ONE FOOT IN THE FINAL!

Jota's excellent chip is originally given as offside until VAR rules that Gabriel was keeping him on!! pic.twitter.com/9EBVcSSnwT 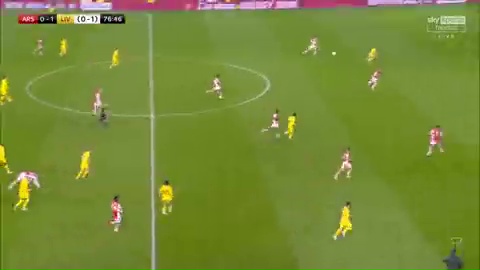 It dropped over Ben White and found Diogo Jota 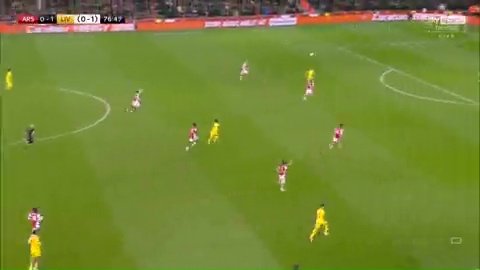 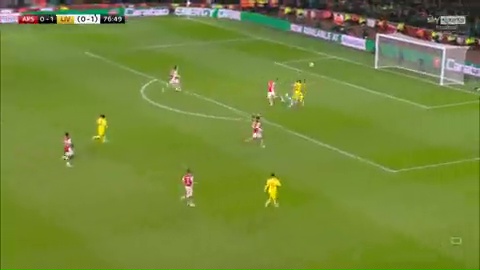 And he made no mistake when dinking it over Aaron Ramsdale

Jota’s scuffed effort had given Liverpool a 1-0 lead in the first-half.

And the Reds sealed the win in the fairly attritional encounter thanks to Alexander-Arnold feeding the Portuguese forward again.

There were 76 minutes on the clock when Arsenal gave possession away in the middle of the park.

Alexander-Arnold was inches inside his own half when he saw Jota on the run.

His perfect diagonal ball dropped in over Ben White and onto his team-mate’s chest.

VAR eventually showed he was onside and Jota controlled it before dinking over Aaron Ramsdale.

14 – Trent Alexander-Arnold has made 14 assists for Liverpool in all competitions this season, the most of any Premier League player; indeed, no one else has more than 10. Delivery. pic.twitter.com/hIqVsBP1Q5

Fans, commentators and pundits were loving the assist which was Alexander-Arnold’s 14th in all competitions this season – the most of any Premier League player.

And he admitted after the game he keeps count.

The full-back told Sky: “The number is good and the standard I set myself.

“I want to create and provide for the team, I created two more today and whoever is on the end to finish it off.”

“No Salah or Mane so you have to be better defensively, three big clean sheets in those games.

“Also @TrentAA will be in the world XI I pick tomorrow night on Friday Night Football.”

On the prospect of playing Chelsea in the Wembley final in February, Alexander-Arnold said: “Looking forward to it a lot, good for us to get there and what we expect.

“We put in good performances on this run, we have had young players but managed to win the games. We performed well tonight and it’s what we deserve.

“We never gave them too many chances and kept them at bay.

“Jota’s first goal was outstanding and so was the second.

“He is a world class player in the best form at the club so far, hopefully more goals from him. Hopefully we can win the final.”