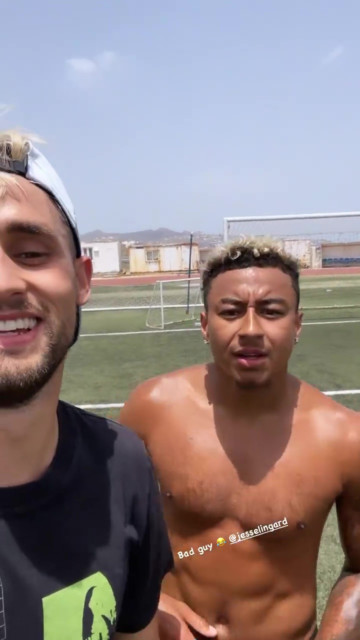 JESSE LINGARD has been training with old Manchester United pal Adnan Januzaj in Mykonos as he tries to sort out his next move.

The Greek Island is predominantly known as a party destination for British holidaymakers in the summer.

Adnan Januzaj and Jesse Lingard reunited in MykonosLingard, 28, was put through his paces

But Lingard and Co have been getting to work.

Taking to Instagram, Lingard showed fans clips from his kickabout with a familiar face.

Training with his top off, the England international buried a penalty past former team-mate Januzaj between the sticks.

The Belgian – who spent six years with United from 2011 to 2017 – then laughed as Lingard netted another spot-kick with his weaker left foot.

After taunting the former West Ham loanee by saying ‘no pressure’, Januzaj cackled as Lingard scored from 12 yards.

Lingard himself then ran to the camera before laughing along with Januzaj.

The shock England outcast then showed off his touch and finish, unleashing a number of unstoppable drives past the keeper. 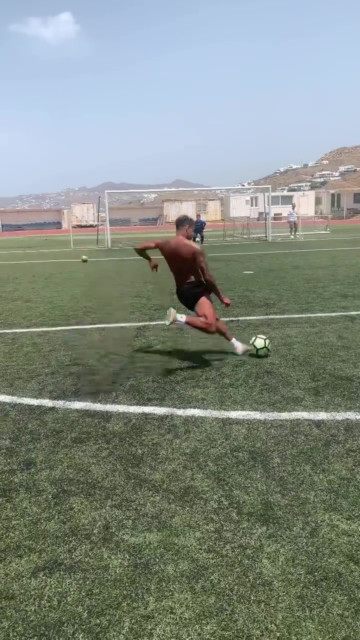 Lingard bent some efforts towards goal 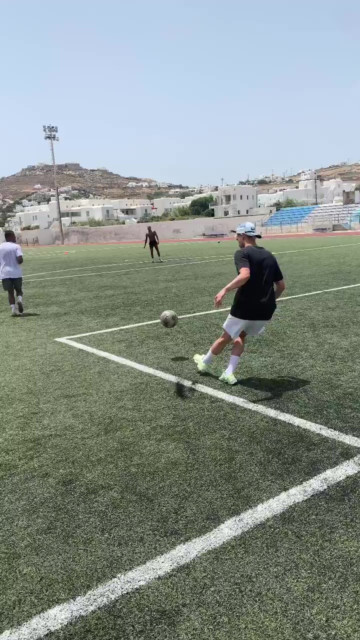 He then tried a ‘Beckham’ finish, calling out the iconic former Man United star’s name before trying to whip a shot into the corner.

But sadly his effort could only clip the outside of the post.

Lingard is gearing up for the new season, but where he’ll be playing is still up in the air.

He still has one year remaining on his Man United contract, and an extension isn’t totally out of the question.

But the Hammers would like to re-sign the attacking midfielder after he conjured up nine goals and five assists during a stunning loan spell. 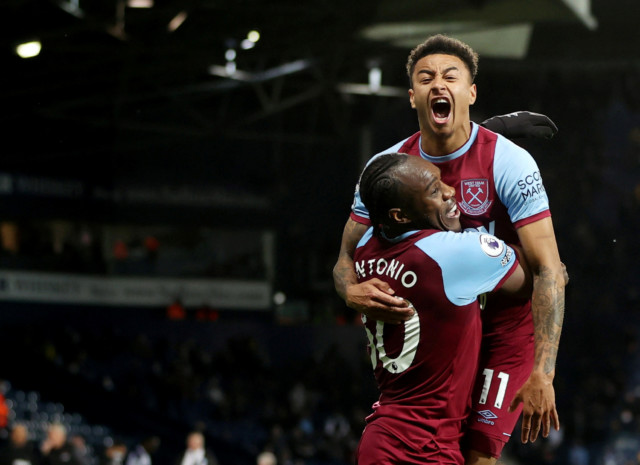 Lingard had a sensational spell at West Ham