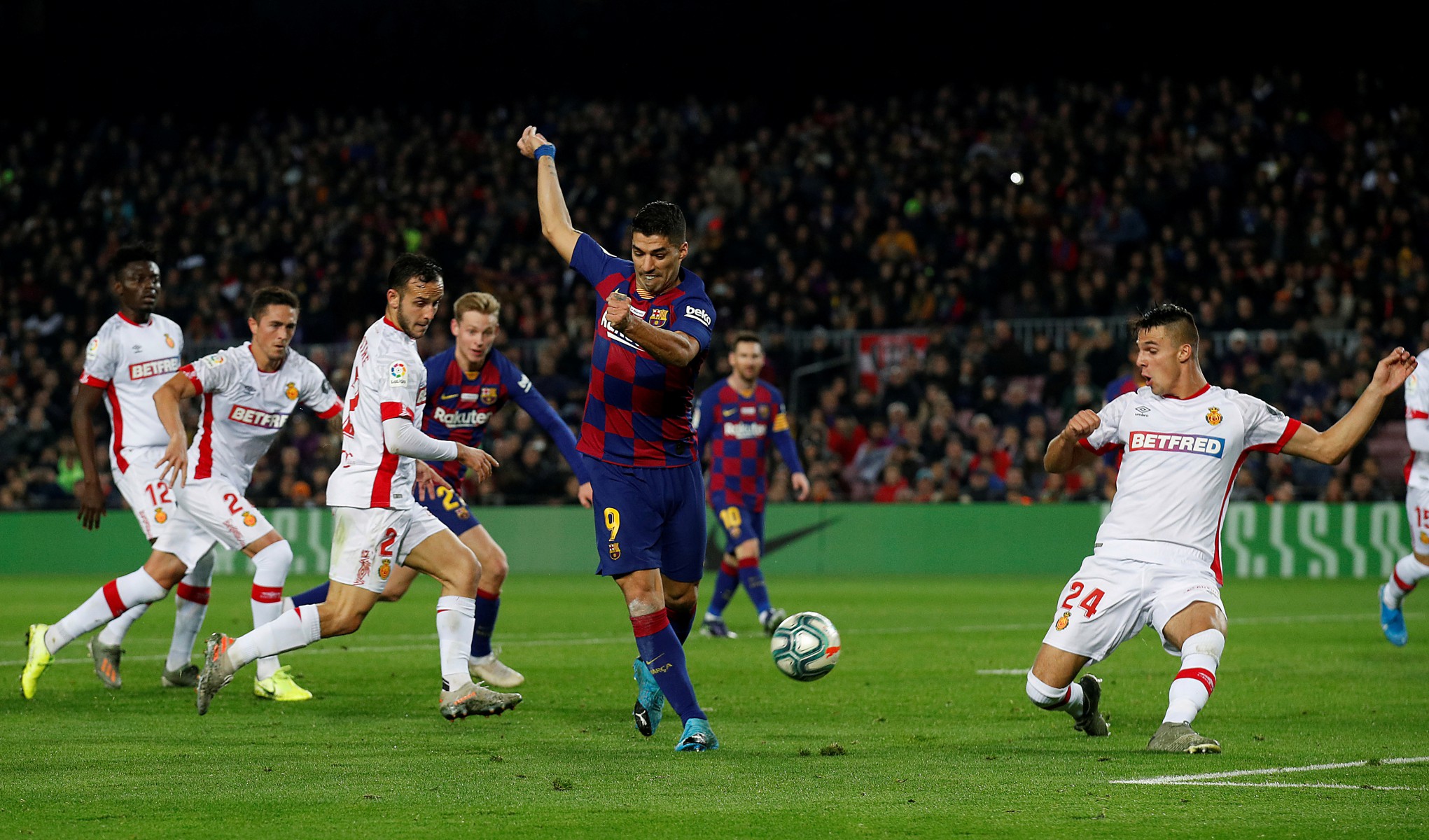 LUIS SUAREZ scored ANOTHER sensational backheel flick – this time in Barcelona training – once and for all proving his wondergoal at the weekend was no fluke.

The former Liverpool star, 32, scored a once-in-a-lifetime goal with a curved, chipped backheel in the 5-2 win over Mallorca on Saturday.

During the final session before the Mallorca clash, the Uruguayan unleashed a venomous, volleyed, behind-the-back flick, leaving jaws on the floor.

In the clip, Sergio Busquets crosses the ball to Suarez who leaps off the ground and thunders home with a ridiculous demonstration of technique and timing.

Little did he know then he would scored one of the greatest goals of all-time, this time in front of a packed Nou Camp, just a day later.

During the game itself, Frenkie De Jong played the ball to Suarez with his back to goal and some way from the goal-line itself.

But Suarez caught the defenders and goalkeeper Manolo Reina flat-footed with an outrageous – and staggeringly brave – piece of skill.

His backheel appeared to defy the laws of physique by curling through the air and into the far corner.

On the goal, Suarez revealed: Its the best goal of my career.

“I knew that it was a tight angle and the last option I had was to hit it with my heel.

“I was looking to bounce it because I had very little chance against the goalkeeper.

“[Ernesto] Valverde tells me that sometimes I miss the easiest ones and score the most difficult ones.”

Suarez will next have the chance to replicate the feat in Barcelona‘s final Champions League group game against Inter Milan on Tuesday.