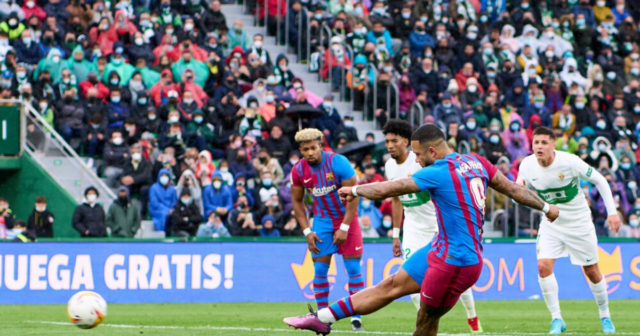 MANCHESTER UNITED flop Memphis Depay scored one of the penalties of the season on Sunday in Barcelona’s 2-1 away win at Elche.

Fans have labelled his strike as ‘unsavable’ as the 28-year-old hammered his spot-kick into the top right corner.

Memphis wins it from the penalty spot!

Depay made an instant impact as he came off the bench for the Blaugrana to bang in the winner in the 84th minute.

Barcelona came back from behind to secure a vital three points to boost the Catalan club’s hopes of securing Champions League football for next term.

They now sit in third spot on goal difference above Atletico Madrid, while they are just two points above fifth-placed Real Betis.

Former Manchester City winger Ferran Torres put Barca back on level terms, before Depay rifled the visitors into the lead in the closing stages.

And it was Depay’s goal that sent social media into meltdown, with Barcelona tweeting: “That Memphis pen was ice cold.”

It was a view shared by fans, as one commented: “Depay literally took an unsavable penalty…” 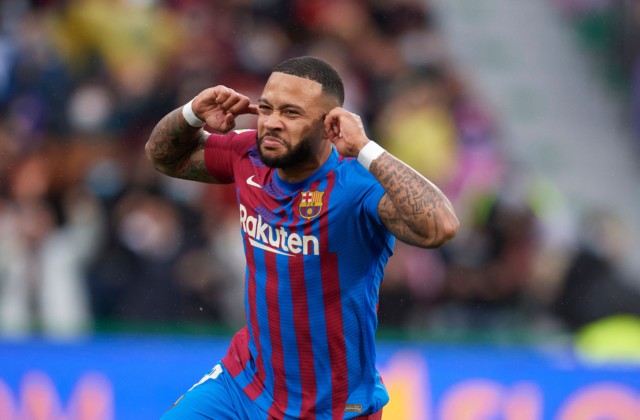 Another messaged: “No-one is saving that.”

A third added: “One of the coldest penalties I’ve seen.”

This supporter remarked: “One of the best pens you’ll see.”

Speaking after scoring his tenth LaLiga goal of the season since joining last summer, Depay said: “I was clear about how I was going to take the penalty.

Depay isn’t the only United flop to have scored a stunner recently, with Portuguese forward Bebe rifling home an emphatic free-kick for Rayo Vallecano last week.