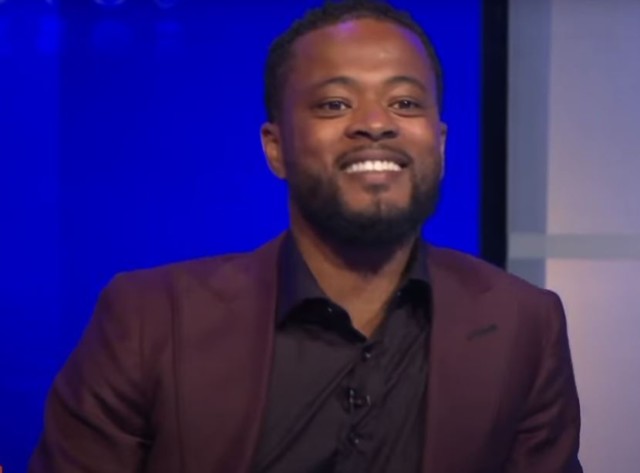 The Middlesex County League side were beaten 3-2 by North Greenford Unitedpic.twitter.com/uyv1u1bOIH

The Middlesex County League side lost 3-2 to North Greenford.

Evra needed match practice as he is getting ready to play in this year’s Soccer Aid match on Sunday September 6.

A Brentham FC spokesman posted this on Twitter: “It was a real privilege to have @Evra train and play for us.

“He needed some minutes ahead of the Soccer Aid charity match for @UNICEF taking place at @ManUtd Old Trafford next month.”

Evra was at Old Trafford for eight years until 2014.

He won the Champions League in 2008, along with five Premier League crowns.

But he insists he never wanted to leave United and only joined Juve as he felt “betrayed” by Ed Woodward.

He said: “I felt betrayed by Ed. I called Juventus to tell them I am coming.

“Ed then said: ‘We offer you a two-year contract, more money, the captaincy, a testimonial.’

“Too late [to renege on his agreement with Juventus]. [In June 2015] my ex-wife said: ‘See? Manchester are nearly in the Championship and you’re in [the Champions League final].’

“I love Juventus but I said: ‘Even if they’re in the Championship, I prefer to be at United. Nothing can replace my love for them.’”

Did you miss our previous article…
https://www.sportingexcitement.com/football/premier-league/messi-snubs-covid-19-testing-while-rest-of-barcelona-squad-including-axed-suarez-turn-up-as-he-nears-man-city-transfer