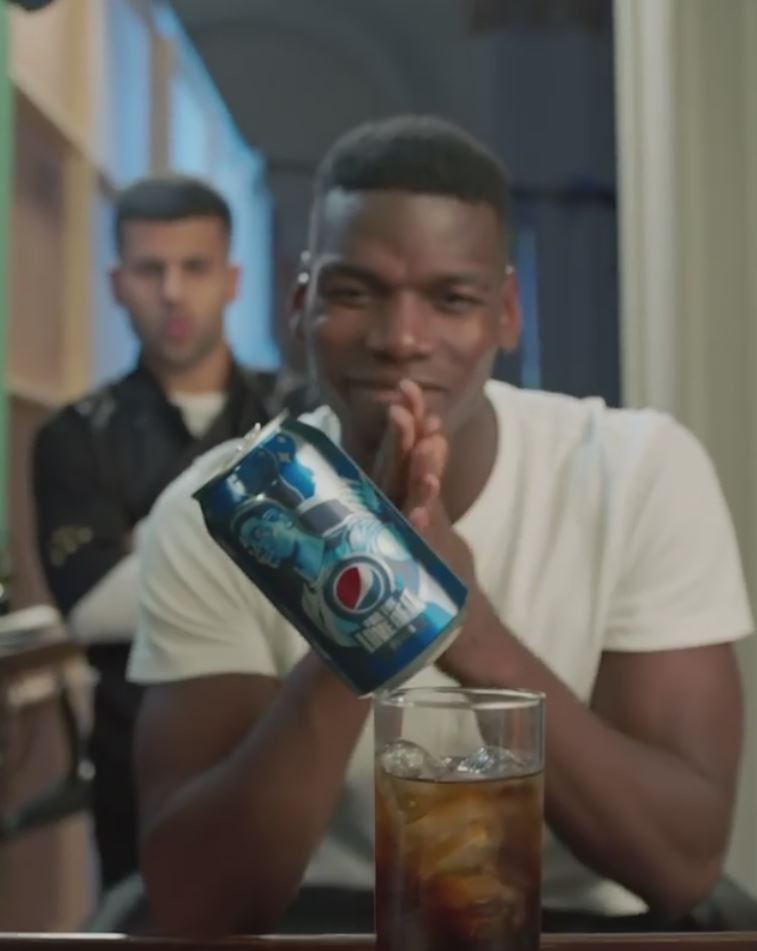 CAN you believe it?

Well you shouldn’t, because something tells us this Paul Pogba ‘trick’ is not quite as it seems.

The Manchester United midfielder stars in a new advert for Pepsi where he appears to balance a can on his glass.

Of course, the whole advert could be a clever metaphor for his current position at Old Trafford, where he seems to doing a balancing act between staying at the club and leaving.

Pogba was not part of the United squad that went to Spain for some warm weather training during the winter break.

Instead he has been getting back to full fitness alone in Dubai.
And he recently posted a photo showing he had removed his protective boot for the first time since having ankle surgery last month.

Reports have claimed that Pogba fully intends to leave United at the end of the season.

The Frenchman’s future has been in doubt over the past 18 months since his struggles under old boss Jose Mourinho.

The World Cup winner, 26, is out of contract at the end of next season – although there is an option for another year.

His ankle injuries have limited him to just eight first-team appearances this season.

But in truth, has his omission from the first team really been missed?

The emergence of Scott McTominay and Fred could suggest not, but it will sting Ole Gunnar Solskjaer that a man who cost 89m has been unavailable since Boxing Day.

SunSport exclusively revealed that Old Trafford chiefs hadslashed 30million off their asking price as they look to move him on.

And our columnist Alan Shearer says now is the time he either signs a new deal or quits the club for somewhere new.