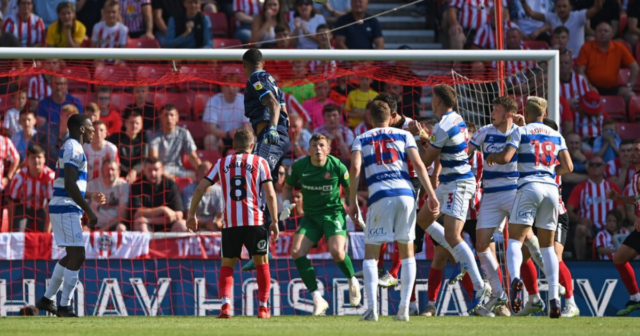 The Rs’ stopper, 27, joined the attack as they desperately looked to salvage a point away at Sunderland.

It nestled inside the far post as Anthony Patterson dived helplessly 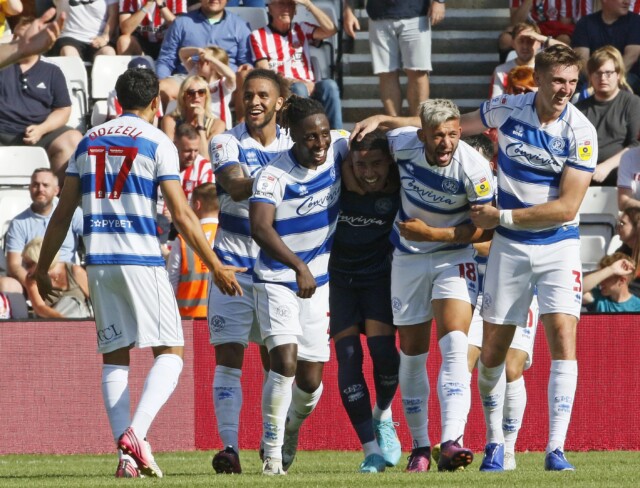 They had just pulled one back in the 87th minute through Ilias Chair’s free-kick for 2-1 to set up a nervy ending for the home Black Cats fans.

And their biggest fears came true thanks to Dieng’s magical moment.

The Hoops had a corner that was only half cleared and recycled.

So when the ball was crossed in from the left channel by Chair, Dieng rose highest unchallenged in the middle of the area.

And he made the perfect connection like an experienced striker by glancing it delightfully into the far corner giving his opposite number Anthony Patterson no chance.

It sparked wild scenes from the 904-strong army of away fans who made the long journey up from West London.

The Swiss-born Senegal goalkeeper appeared cool as a cucumber as he trotted back to his own goal after the heroic goal – similar to Alisson’s for Liverpool last year.

But manager Michael Beale was unsurprisingly buzzing with the incredible finish from the man he wants stopping them at the other end.

Beale said: “It was a fantastic header – Les [Ferdinand, QPR director of football] would be happy with that one.

“He finishes it really well, it’s actually really good technique, so well played to him.

“He’s very modest, so he’s calmed down in there, but his team-mates are making a fuss of him.

“I believe he’s one of the best goalkeepers in this league, I think he’s destined for really big things and we’re delighted to have him.

“The effort from them [fans] is incredible – it’s lovely to reward them.

“I hope they were still here when Seny scored, I hope some of them didn’t get away early because they’d have missed a wonderful one.”