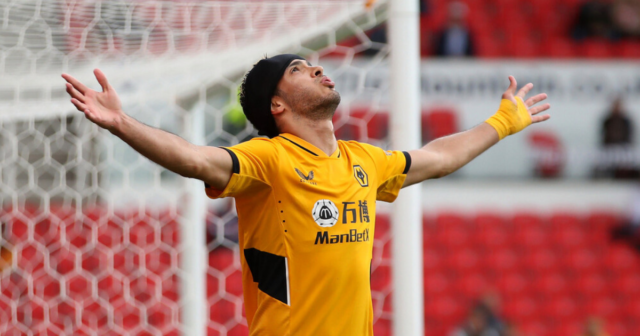 RAUL JIMENEZ has scored his first goal since suffering a fractured skull against Arsenal last season.

The Mexican sustained the horror head injury in November 2020, with fears raised over whether he would be able to continue his career at all.

Fans back in stadiums 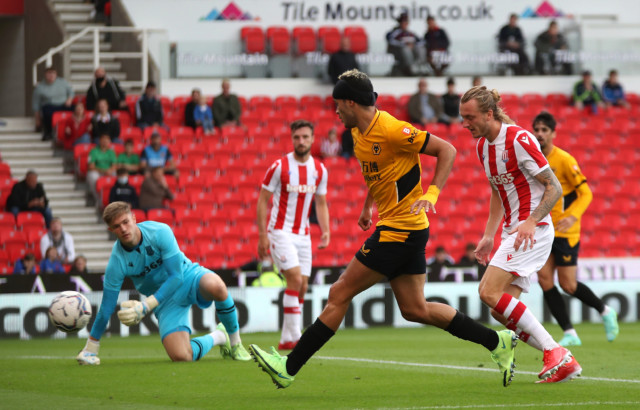 The Mexican swept home at the back stick

But after receiving the all clear from doctors, Jimenez has begun to step up his recovery this pre-season.

The 30-year-old will have to wear a protective head guard for the rest of his career.

And while wearing his new head protection, he made his comeback in a recent friendly against Crewe Alexandra, playing the first 33 minutes.

He then played an hour against Real Betis, before being rested against Las Palmas.

Jimenez was handed another start by new boss Bruno Lage against Stoke City this afternoon.

And the striker grabbed the chance with both hands, tasting that goalscoring feeling for the first time since November 17 last year, when he notched for Mexico against Japan.

The goal itself was a poacher’s finish, stealing in at the back post to sweep home a left-footed finish on the half hour mark.

It was his first Wolves strike since October 25, when he scored in a 1-1 draw with Newcastle.

The effort cancelled out Stoke’s opener, with the Potters having taken the lead through ex-Wolves ace Danny Batth in the 27th minute.

Jimenez lasted 74 minutes before being replaced by Patrick Cutrone – his longest outing yet since sustaining his injury last year.