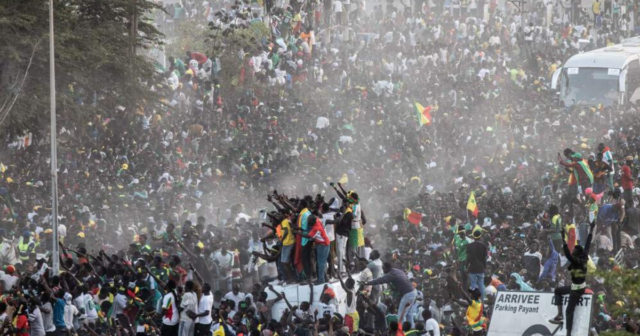 THE streets were filled as Senegal were given a hero’s welcome after returning with Africa Cup of Nations gold.

Senegal won their first AFCON title yesterday and returned home to their country today to a parade. The absolute scenes!!!! @StoolFootball pic.twitter.com/ngNxm4W6s4

Scenes as Senegal fans celebrate with the parade bus in the city pic.twitter.com/eVrw4q4o41 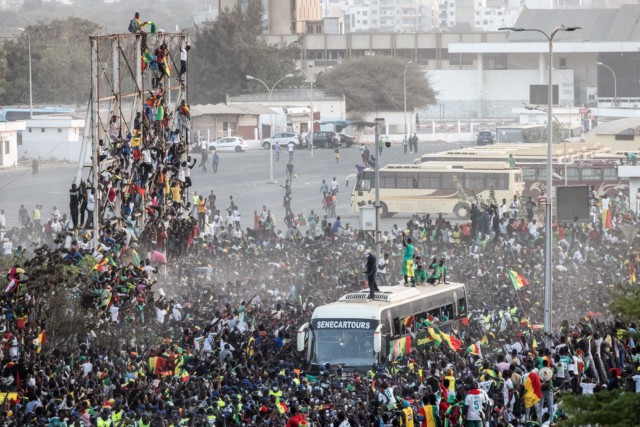 Fans climb up high to catch a glimpse of their heroes

Fans surrounded the bus carrying the Senegal squad hoping to catch a glimpse of their Afcon heroes.

Police, who were using horses, tried their best to control the excited crowd.

Star Mane showed crowds of thousands making their way down the street behind the bus late into the night.

On the win, Mane said: “When I missed the first penalty, it was a big blow for me.

“But my team-mates came to me and said, ‘Sadio, we lose together and we win together. We know you. You have done too much for us – keep on going.’

“That made me stronger and I think it made the difference when I got the second one.

“All the boys came to me and said, ‘Sadio, we trust you’, and that gave me more motivation.

“The trophy belongs to the whole Senegal team – everyone deserves it.”

Captain Kalidou Koulibaly also singled out Chelsea goalkeeper Edouard Mendy for praise, calling him the best in the world.

He said: “It was a tough game and a tough tournament. We made it with our team and our power.

“Our goalkeeper is the best in the world and we win the title. We feel happy. We knew it would be hard to win the Africa Cup of Nations but today we made it.

“Our team deserved to win this title. We had been looking for this for a long time and now we have it. This team is magnificent.”

Did you miss our previous article…
https://www.sportingexcitement.com/football/premier-league/arsenal-legend-marc-overmars-accused-of-sending-x-rated-images-of-himself-to-female-ajax-colleague-before-quitting-club

Advertisement. Scroll to continue reading.
In this article:arsenal, chelsea, liverpool