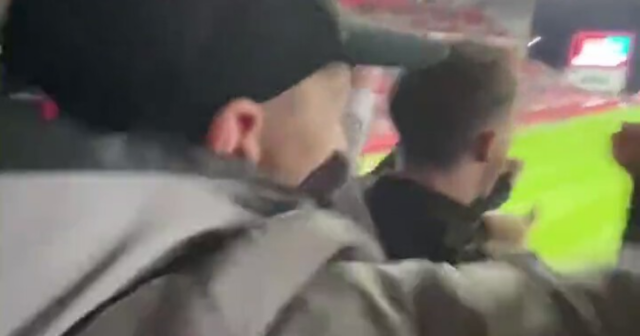 WAYNE ROONEY has shared an adorable video of his son Kai wildly celebrating a late Derby County win from the stands.

The Manchester United legend and current Derby boss had the backing of his 12-year-old son from the away end during a Championship clash against Stoke on Thursday night. 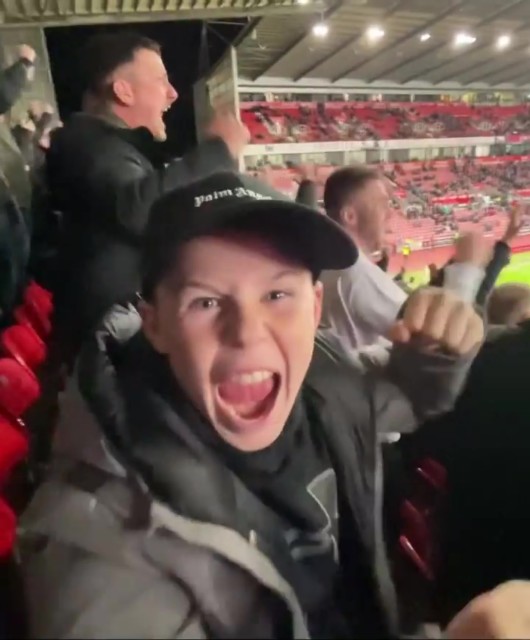 With the score level at 1-1 with five minutes left, Colin Kazim-Richards slotted home a late winner to spark wild scenes in the Derby end.

And Rooney shared the video of Kai on Twitter celebrating madly in the midst of the jubilant Derby supporters, proudly cheering on his dad at the final whistle.

Rooney shared the clip to Twitter, writing: “Thanks to all the @dcfcofficial fans tonight, more great away support.

“Here’s my son Kai at his first away game. Let’s keep going #dcfc.”

Rooney is currently working wonders at Derby, despite the Rams being hit with a 21 POINT deduction earlier this season for entering administration and further financial breaches.

The win at Stoke leaves his side 11 points off safety, with 22 games still left to play in the season.

It means Rooney and Co are in the hunt of pulling off what would be the greatest relegation escape of all time.

And Kai may have to start going to every game as a lucky charm.

Although that might be difficult, with the youngster harbouring his own dreams of one day playing professionally for Manchester United, just as his father did.

And he’s clearly got the same footballing genes as his father, having scored FOUR goals in one game earlier this year.

Kai is the oldest of Rooney’s four children with wife Coleen, with the couple also parents to Klay, eight, Kit, five, and three-year-old Cass.

The Rooney’s shared a Christmas snap in their new £20million mansion earlier this week, with the family-of-six all dressed in matching pyjamas.