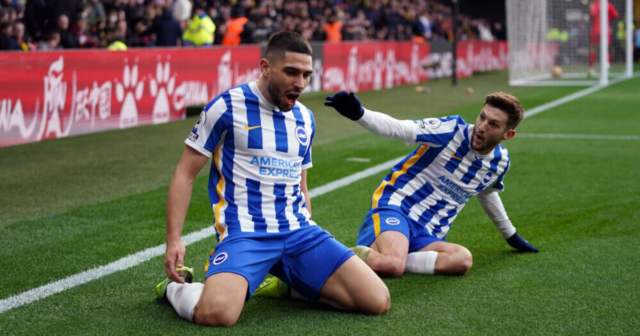 ROY HODGSON was left still searching for his goal – let alone win – as Watford boss as Brighton eased to victory.

Neal Maupay’s stunner and a late killer blow from Adam Webster wrapped up the points for the Seagulls.

It meant Hodgson has taken just one point, and scored no goals, from his first three games as Hornets chief since succeeding Claudio Ranieri last month.

Watford remain three points from 17th-placed Newcastle, who have a game in hand.

It was a fixture low on quality with Watford low on confidence and Brighton’s passing game dropping below its usual standards.

Still, Potter’s men had by far the better chances and captain Lewis Dunk probably should have done better when his free header from a corner sailed over the bar.

The game looked to be heading for a stalemate going into the break before Maupay broke the deadlock with a world-class finish with a minute to go.

Tariq Lamptey sent in a speculative cross which the French striker struck sweetly, first-time, and sent it spiralling into the far corner. 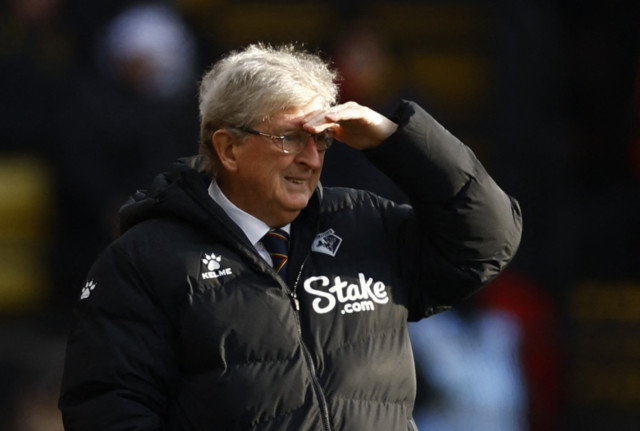 Roy Hodgson is still looking for his first Watford win

It was Maupay’s eighth league goal of the season – his ninth in all competitions – for what has been a fruitful campaign for often-criticised forward.

Watford did come agonisingly close to their first goal under Hodgson when Emmanuel Dennis somehow beat three men in the box after the interval and then thundered the ball against the crossbar.

Hodgson went hell for leather by sending on Africa Cup of Nations champion Ismaila Sarr and Joao Pedro – but it only opened up more gaps for Brighton to exploit.

His first shot was saved but Watford could do nothing about the rebound which the centre-back lashed into the roof of the net from close range.

In this article:Brighton, Newcastle, watford