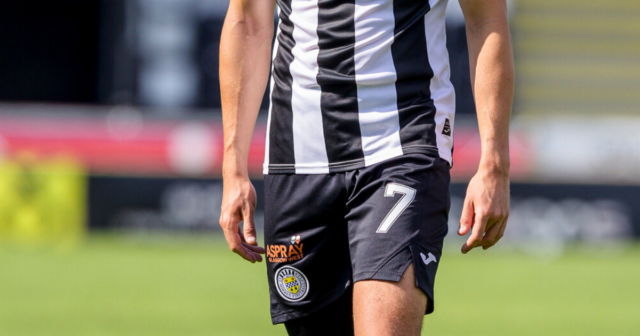 WATFORD have an eye on St Mirren’s attacking midfielder James McGrath if they fail in their efforts to sign Lewis Ferguson.

The Hornets have seen two bids of up to £2million for Ferguson rejected by Aberdeen – and now the Premier League club have to decide if they are willing to pay any more for the 21-year-old.

It has led Watford to look at alternatives, and another player to catch their eye in the Scottish Premiership is St Mirren ace McGrath.

The 24-year-old Irishman made a big impact last season scoring 17 goals from midfield, and is now about to enter the final year of his contract with the club.

That means he would be available for a fraction of the cost of Ferguson, and Watford believe he could prove a useful addition to their squad on their return to the top flight.

McGrath has already been targeted by Championship side Wigan this summer, who saw their £300,000 bid rejected.

Watford manager Xisco Munoz is also thought to be keen to raid Swansea in search of another midfield target.

Football Insider claim the Spaniard has made an enquiry to the Welsh outfit over the possibility of sealing a switch for Matt Grimes.

Yet Watford may need to fend off competition from both Brighton and Fulham for the £1.5million-rated 26-year-old.

Munoz has clearly been keen to put his own mark on his squad ahead of their return to the Premier League.

Rovers owners Venky’s snubbed the move and also the chance to take forward Andre Gray on loan for a season as part of the deal.

Watford had already bolstered their attack by snapping up Josh King on a free transfer from Everton earlier this month.