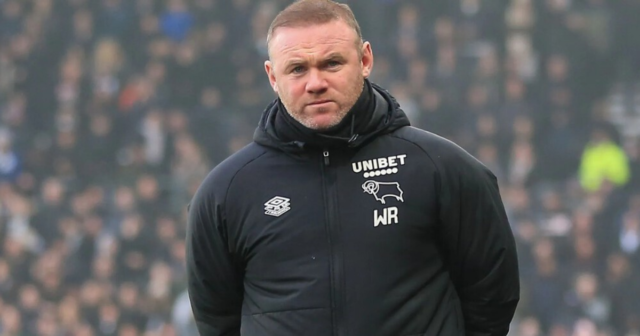 WAYNE ROONEY has been told he is NOT ready to take over Everton by a former Manchester United team-mate.

The England legend’s Derby County side are in danger of going out of business due to their ongoing financial crisis which has, so far, seen them deducted 24 points by the EFL.

They were also recently hit with a transfer embargo.

Yet despite their serious off-field issues, Derby have won four of their last five Championship games and are unbeaten in the league since the beginning of December.

That led to Rafa Benitez getting the sack after just 19 Premier League games in charge at Goodison Park with Rooney now being targeted to replace him.

The result at Carrow Road left Everton just six points off the Prem drop zone and in freefall.

They had also lost nine of their last 12 league matches, despite beating Arsenal at home 2-1 in December.

Rooney, who came through the ranks at Everton before embarking on an incredible career at United and then returning to Goodison in 2017 for a season, would no doubt be keen to take charge of his boyhood club.

But Mikael Silvestre, who played alongside the ex-striker for four years at the Red Devils, has warned his 36-year-old pal to resist the temptation now.

Speaking to Slingo Casino, the Frenchman said: “He should give himself more time – opportunities like this might not ever come back, so that’s something to consider.

“But my advice would be to keep learning his craft and learning about himself before going into the hot seat.”

Silvestre added: “He is a very young manager, still playing not long ago.

“Jobs like this will come in the future if he carries on like this because his name is huge in the Premier League.”