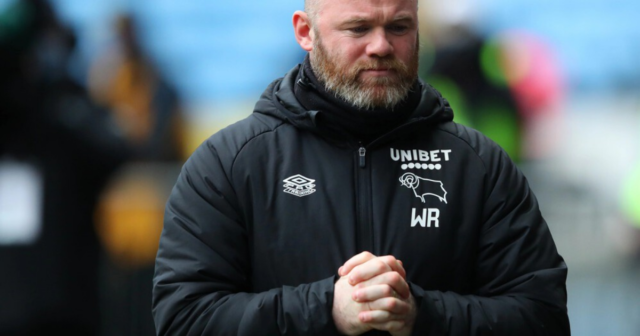 WAYNE Rooney’s Derby County are in meltdown – after the EFL blocked any new signings.

Veteran Phil Jagielka, 39, has now left the Rams when the club’s application for a contract extension was rejected by the football authorities.

Others on short-term deals could now be left without a home and some with escape clauses in this window may now look to leave.

Rooney’s hopes of a loan swoop for Manchester United babe Amad Diallo is shelved and even a short-term deal for keeper Frank Fielding is off.

The EFL have cracked down hard as Derby once again missed a deadline to find a bidder willing to put funds in to get through the season – with no guarantees of being passed as owners.

Former Newcastle owner Mike Ashley is interested and has been in discussions but is unable to make a bid until the problem areas are sorted out.

Former chairman Andy Appleby’s consortium are in a position to bid but have yet to finalise a deal or a plan to get round some of the claims that have to be paid.

One of the main obstacles is Middlesbrough and Wycombe claiming huge compensation for suffering as a result of Derby’s FFP offences.

The two clubs are seeking £45million and £6million respectively for the effect of Derby’s Financial Fair Play breaches.

And the legal battle means the new Derby owners will have a £1m bill to pay when they take over.

Despite that, Rooney is confident a takeover will be completed shortly.

He said: “Whoever this preferred bidder is obviously wants to stay quiet until it happens, which is fair enough.

“But I know it is very close and I’m sure I will be sitting in front of you next week with the preferred bidder in place.

“Have I had any contact with the preferred bidders left in the race? I don’t even know who they are.

“I think there are two in there but I’ve no idea who they are.”

Did you miss our previous article…
https://www.sportingexcitement.com/football/premier-league/why-charlie-patinos-debut-could-prove-crucial-in-tottenham-vs-arsenal-going-ahead