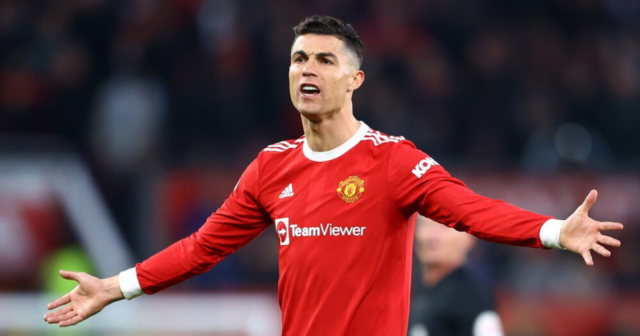 ERIK TEN HAG INSISTS he is still planning for the new season with Cristiano Ronaldo as part of his team.

The club legend wants out of Old Trafford just a year into his return. 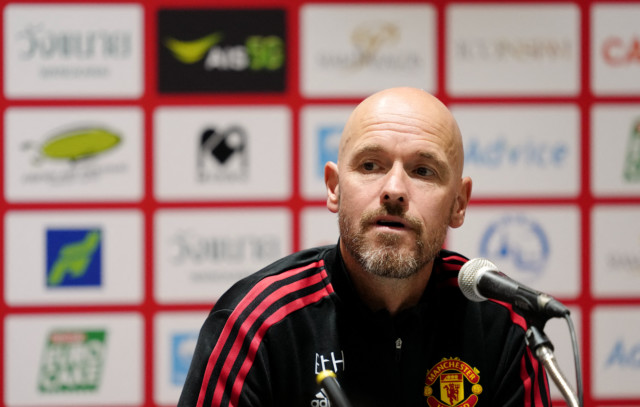 The Dutchman said: “We are planning with Cristiano Ronaldo for the season and that’s it and I’m looking forward to working with him.

“I have read things but what I say is Cristiano is not for sale, he is in our plans and we want success together.”

Ronaldo is not on the club’s pre-season tour due to family reasons.

Ten Hag revealed that he has held talks with the player at the end of last season but they clearly have not convinced the player to stay.

He said: “I spoke with him before this issue came up, I had a conversation with him and I had a good talk.

“That is between Cristiano and me, what I can confirm is we had a really good conversation together.”

Ronaldo’s advisors informed the club hierarchy back in January that the player would not be staying if the club finished outside the Champions League qualification places.

His disillusionment grew as the season wore on.

Despite top-scoring with 24 goals, Ronaldo was part of a team that finished sixth with its lowest ever Premier League points total.

But the sporting icon – who believes he’s got three of four years” of top-flight football left in him – is desperate to play Champions League football this season.

Ronaldo, however, won’t try to force his way out of Old Trafford due to his immense respect for the club.

Ten Hag is now trying to turn things around with the Ronaldo issue hanging over him as he fielded questions about the issue here in Bangkok before United face Liverpool in front of a 60,000 sell-out crowd tomorrow.

He confirmed that Harry Maguire would keep the armband under him despite speculation over his position as captain.

Ten Hag said: “I have to get to know all of the players he has been captain for years, he has achieved a lot of success, so I don’t doubt this issue.”

Did you miss our previous article…
https://www.sportingexcitement.com/football/premier-league/wayne-rooney-reveals-his-best-goal-ever-and-its-not-that-iconic-overhead-kick-for-man-utd-against-man-city-2/