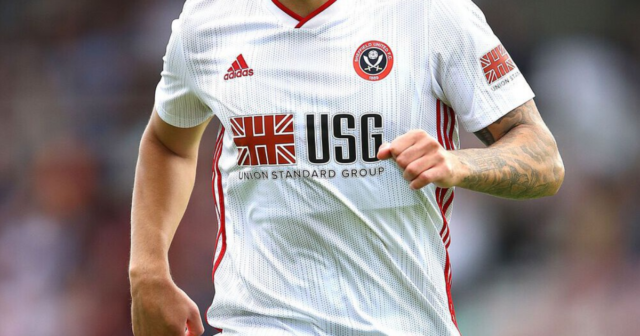 The centre-back ran down his Blades contract over the summer and has signed a two-year deal with the Baggies.

Kean Bryan ran down his contract at Sheffield United

The 24-year-old will provide cover in defence for Valerien Ismael’s side, who are currently without injured pair Dara O’Shea and Matt Clarket

Ismael believes Bryan is the perfect fit to cover for O’Shea and challenge him on his return to full fitness.

“Kean has the same profile as a defender as Dara,” he said.

“He is a very aggressive, fast, centre-back, who is good in the build-up, is young, wants to learn, and has experience, so his profile is very good for us.

“The main difference to Dara is that Kean is left-footed and with Matt Clarke also out this was an opportunity for us to sign a player who can also play on the left side of our back three.”

Bryan could make a speedy debut against Millwall this weekend.

Following the move, Bryan said: “I originally heard about the club’s interest in me at the start of the window after I had left Sheffield United

“I was over the moon to get the call recently and as soon as I heard there might be chance of joining, I just couldn’t wait to get here.

“I’ve watched the games so far this season and the manager has got the lads playing really well. Albion are pushing for promotion this season and it’s a fantastic club and project to be a part of.

“I’m aggressive and I think I have a good left foot. I like to defend and I also like to get forward.

“I like to get stuck in too. I’ve played in numerous positions during my career but now I see myself as a left-sided centre-back.

“I can also slot in at left-back when needed, but I want to concentrate on improving myself a centre-back.”

Advertisement. Scroll to continue reading.
In this article:sheffield united