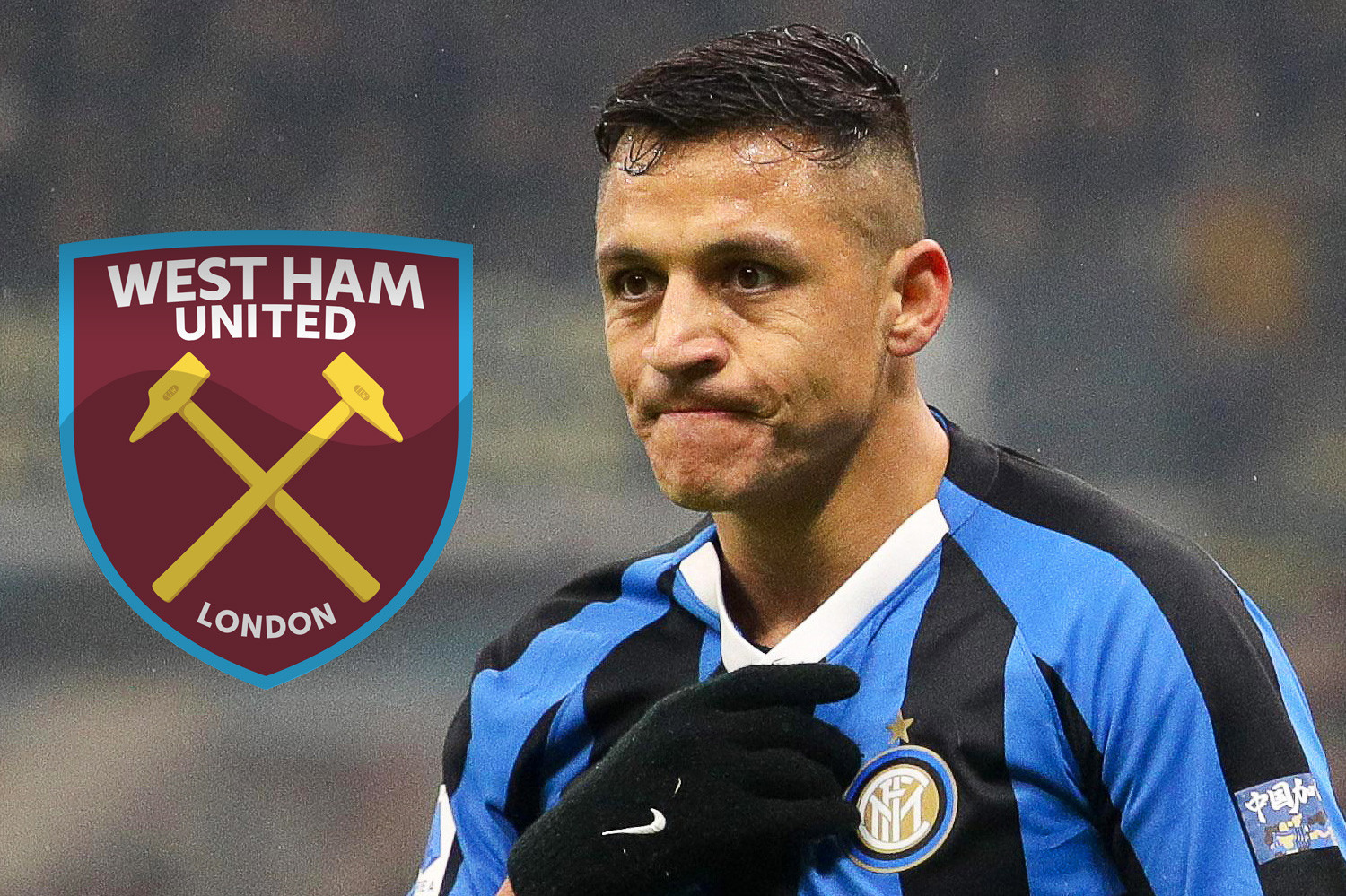 WEST HAM have opened talks with Alexis Sanchez’s agent over a proposed move for the Manchester United flop, according to reports.

The Chile striker, 31, is currently in limbo, with loan club Inter Milan seemingly rejecting the chance to sign him permanently.

That looks to have paved the way for Sanchez to return to Old Trafford – although United are said to be desperate to sell the £505,000-a-week ex-Arsenal man.

West Ham are now looking to make the most of the situation, albeit by offering Sanchez – due a £1.1million loyalty payment from United in July – a much smaller pay packet.

Sport Witness cite reports in Italy which say Inter view keeping Sanchez – who has scored just once since joining Antonio Conte’s side last August – as “unthinkable”.

With the world transfer market set to take a marked downturn in the wake of the coronavirus pandemic, the Irons could land Sanchez on the cheap.

The report claims that agent Fernando Felicevich has received a call from Hammers hierarchy requesting “information” on Sanchez’s situation.

Although it is further reported that, so far, that is the extent of the interest.

Even if Sanchez were to cut his wages in half, a player on £250,000-a-week would be out of the Hammers’ price range.

Forward Andriy Yarmolenko is thought to be the club’s highest paid player on around £115,000 a week.

If a move to London does not materialise then Sanchez could be on his way back to South America.

His former club Colo Colo and Argentina giants River Plate are both said to be weighing up a possible £17m move for the forward.