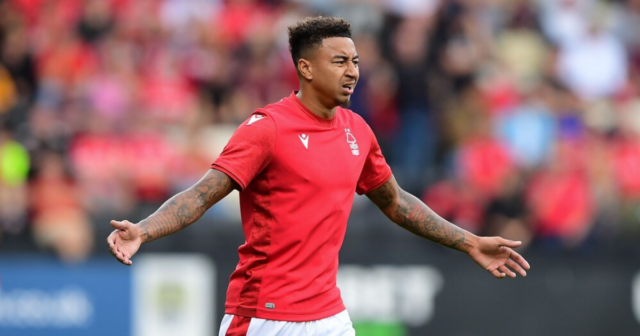 The Hammers boss also admits he currently does NOT have a top six-level squad and is desperate to further bolster his side.

Lingard joined Forest as a free agent from Manchester United this summer on a one-year deal and is earning £115,000-a-week plus lucrative bonuses.

Moyes put a deal on the table to bring the midfielder, 29, back to the London Stadium after a successful loan spell in the second half of the 20/21 campaign.

The Irons believed the prospect of European football and challenging at the top end of the table would be enough.

But ultimately, the east Londoners were not prepared to cave in to the player’s wage demands.

Ahead of West Ham’s opener against champions Manchester City tomorrow, asked if he was surprised by Lingard’s decision, Moyes said: “I was, yeah.

“I thought Jesse in the end would come here and I’ve got to say the club made him a really good offer.

“You couldn’t turn around and say David Sullivan and the owners didn’t do everything they could to get him. They certainly did, but he chose Forest.

“He was entitled to do that.

“I’ve got to say the club have tried to get lots of players but for different reasons we’ve not been able to get them.”

But they have also missed out on the likes of Frankfurt’s Filip Kostic and Lille’s Amadou Onana due to a break down in negotiations regarding financial packages.

On how shocked he has been at what players and clubs are demanding in today’s market, Moyes continued: “If only you knew. It’s been incredible.

“We’ve made numerous, numerous bids. Genuine bids and genuine money and different reasons we’ve not got them.

“They’ve not wanted to come to the club or we’ve not got the financial deal right or we’ve not been able to pay the player and the agent.

“One way or another we’ve found it difficult to be competitive this summer.

We might have to take that risk. We didn’t sign anyone in January and we were two players short then.

“We don’t have a top six squad today. I’m working towards getting one before the end of the window.”

But Moyes has not closed the door completely on Lingard, adding: “You never know.

Moyes laughed: “We are all watching this page to see how well he does.

“I am just hoping he takes a bit of time to settle in and he is not quite ready yet.”

Did you miss our previous article…
https://www.sportingexcitement.com/football/premier-league/crystal-palace-0-arsenal-2-gabriel-martinelli-leads-new-look-gunners-to-opening-day-win-as-debutants-set-the-tone/