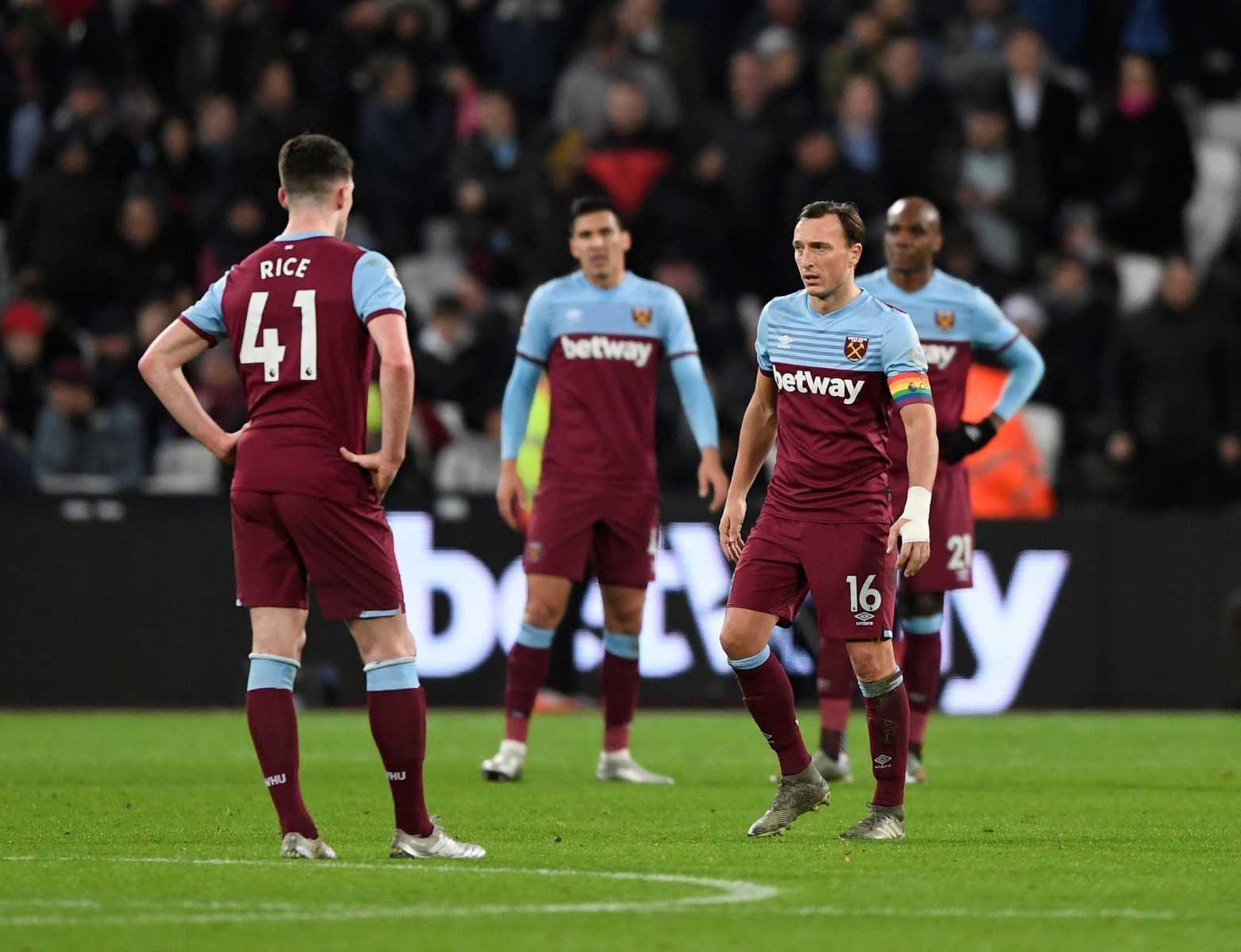 WEST HAM’S flops will have their wages cut in HALF should they get relegation this season, according to reports.

The Hammers currently sit in the drop zone, a point from safety with 13 games to go, winning one of their last eight Premier League games.

But according to the Daily Mail, most of the players have pay-cut clauses in their contracts.

That is done by clubs to protect themselves financially should they go down, lose the Premier League TV rights money and be stuck with a squad of players in the Championship earning Premier League salaries.

The report states that there are various percentage drops throughout the squad but some of the club’s top earners would be in for a 50 per cent cut in the event of relegation.

Should David Moyes fail to keep the Hammers up, though, the likelihood would be a mass exodus from the London Stadium.

England midfielder Declan Rice was heavily linked with a move to either Manchester City or Manchester United last year and there will no doubt be plenty of interest in him again this summer, regardless of West Ham’s survival bid.

Issa Diop, Felipe Anderson, Manuel Lanzini and Sebastien Haller would also surely be snapped up – although the buying clubs would likely have the chance to bring them in on cut-price deals.

And another player whose future would be in doubt is Jarrod Bowen.

The forward arrived from Hull for 20million late on Deadline Day to bolster the West Ham front line, pipping other Premier League clubs such as Crystal Palace to the Englishman.

Relegation for the Hammers would undoubtedly lead to another scramble for his signature in the summer.

West Ham’s fans are growing increasingly frustrated with owners David Gold and David Sullivan and the lack of clear progression.

It is understood a planned protest led by the Hammers United supporters group will take place on February 24.

West Ham travel to Anfield that night to face champions-elect Liverpool and the away fans are expected to unfurl banners and let off black balloons when the teams walk at, with the game being shown live on Sky Sports.

A statement from Hammers United read: “There is so much frustration, tension and anger in the West Ham fanbase at the moment, and rightly so.

“There are so many opinions on how best to get our message out to the world. To show the world our dissatisfaction with the clubs owners. And also to get the West Ham fans behind us who so far have remained apathetic. We have to get these people behind us if we are going to succeed.

“Taking these factors into consideration, we propose that we make a momentous show of strength at the Liverpool away match.

“It is on Sky and all the world will be watching. The teams come out to a sea of black balloons at the West Ham end. Then the banners go up, hundreds of them – more banners than the Kop.”