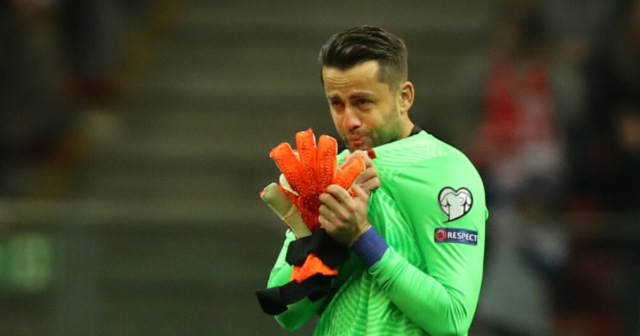 The 36-year-old West Ham goalkeeper was given a standing ovation as he was substituted just before the hour mark. 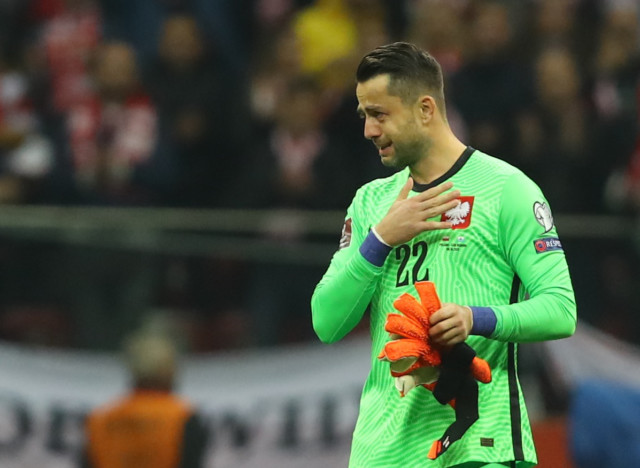 He thanked the fans who gave him a standing ovation 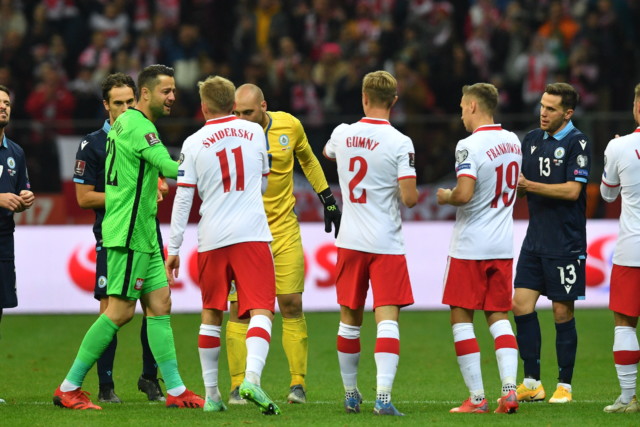 He couldn’t hold back the tears and was visibly upset as both Poland and San Marino players gave the shotstopper a guard of honour.

Fabianski had announced his retirement from international football back in the summer but was given this game as a final swan song.

He was replaced by Radoslaw Majecki after 58 minutes in what was a pre-planned change.

As he left the field he was embraced by captain Robert Lewandowski and kissed the Poland badge on his shirt.

It was his 57th and final cap for his country, although he has been largely forced to play second fiddle to Wojciech Szczesny in recent years.

An injury to Szczesny in the first game of Euro 2016 though meant Fabianski was first choice for the remainder of Poland’s campaign four years later.

He kept clean sheets against Germany and Ukraine and helped Poland to beat Switzerland in the last-sixteen – before eventually losing to Portugal in the quarter-finals.

At club level Fabianski remains David Moyes’ first choice between the sticks in the Premier League.

The Hammers did sign Alphonse Areola in the summer, but Fabianski’s form has restricted him to Carabao Cup action.

He signed a contract extension at the London Stadium in March of this year which runs until the end of the current campaign.

Did you miss our previous article…
https://www.sportingexcitement.com/football/premier-league/newcastle-want-kalidou-koulibaly-as-marquee-transfer-signing-from-napoli-after-man-utd-and-chelsea-interest-in-past