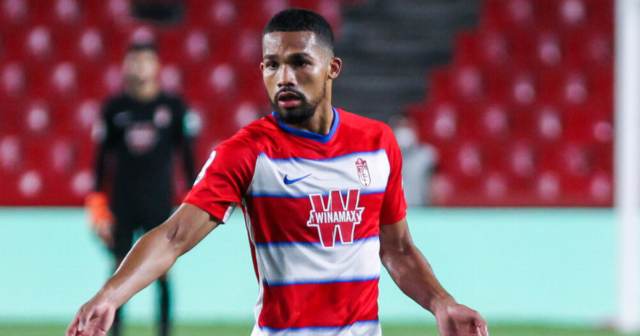 WEST HAM have made a bid for Manchester City midfielder Yangel Herrera, according to reports.

The 23-year-old Venezuelan joined Pep Guardiola’s side in January 2017 but has still not made his debut for the club.

Instead, he has been farmed out on loan several times to clubs in the US and Spain.

But now, after spells with New York City, Huesca and Granada, he is attracting a great deal of interest from a number of Premier League teams.

According to FUTVE English, the Hammers are one of four English sides keen to sign Herrera.

Crystal Palace, Southampton and Leeds are all also reportedly keeping tabs on the defensive midfielder.

There are reportedly offers from all four Premier League clubs, with Palace’s currently said to be the strongest.

But David Moyes will be hoping his side can bring in their first fresh face as they look to build on a superb 2020-21 campaign.

But there is still constant speculation over the future of their star midfielder Declan Rice.

The 22-year-old midfielder left Chelsea’s academy in 2014 to join West Ham, where he has since become a Premier League and England regular.

The Hammers reportedly want a whopping £100million for Rice, who has three years left on his existing contract at the London Stadium.