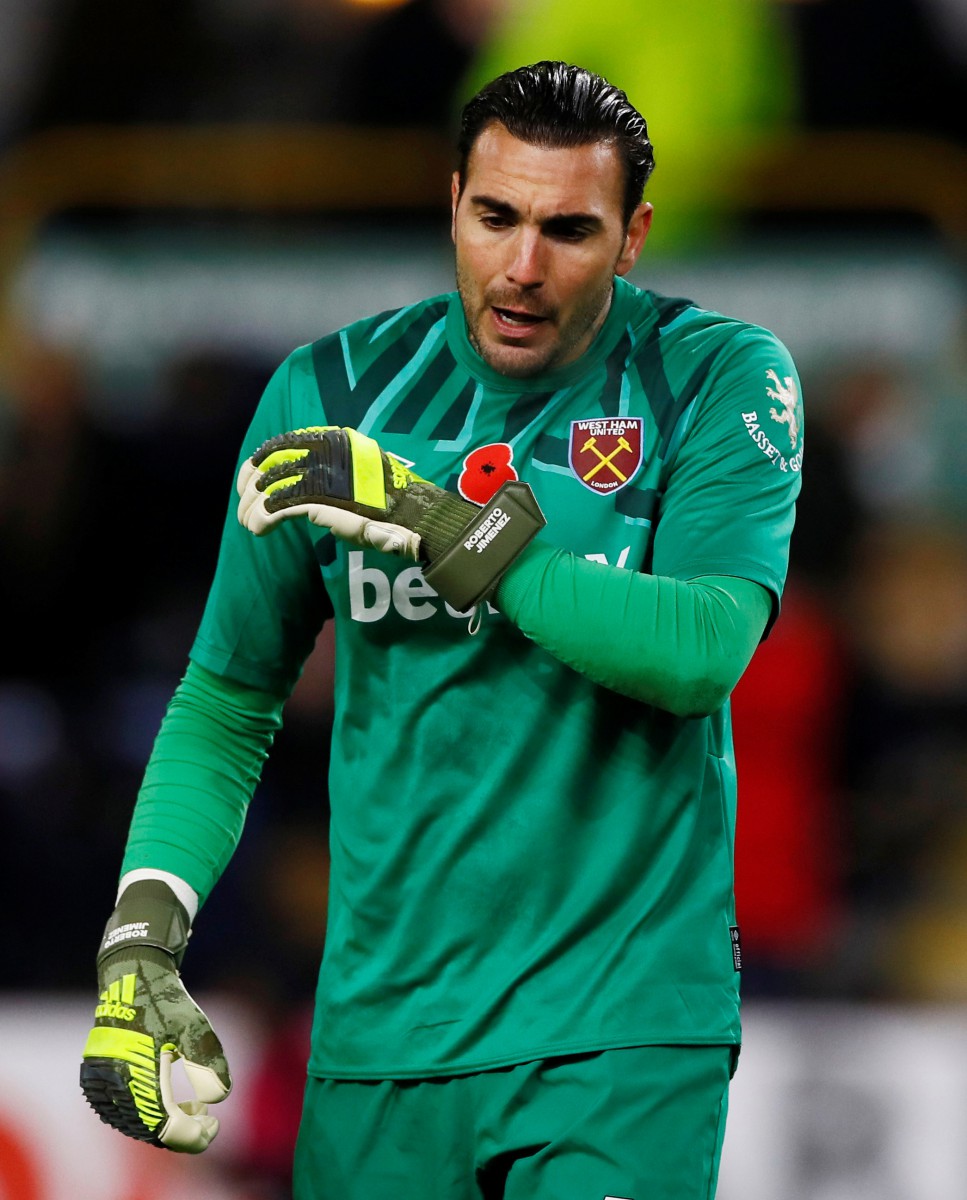 WEST HAM have farmed out calamity keeper Roberto on loan to Alaves until the end of the season.

The East Londoners managed to get shot of the stopper and Hammers fans reacted in hilarious fashion online.

The club announced the news with a statement that read: “West Ham United can confirm Roberto has joined Spanish Primera Division club Deportivo Alaves on loan until the end of the 2019/20 season.

“The goalkeeper heads to the Basque country having made ten appearances for the Hammers in all competitions this season eight in the Premier League and two in the Carabao Cup.

“Alaves sit 14th in the La Liga table following a 1-0 win at Levante at the weekend and Roberto could make his debut at home to Villarreal on Saturday evening.

“West Ham United wish Roberto all the very best for his loan spell.”

The 33-year-old was continually lambasted by Hammers fans after a string of errors cost the East Londoners dearly.

In a 3-0 defeat at Burnley in November, he was criticised for “throwing the ball in to the net”.

And just 35 minutes into West Hams next game, against bitter rivals Spurs, the Spaniard was at fault for the opener again.

Having seen the news announced on Twitter this morning, fans were quick to comment and celebrate the news.

Many piled in with memes.

One showed England fans celebrating wildly during the 2018 World Cup while another features Pablo Zabaleta hurling his arms above his head after a Hammers goal.

Lets hope someone is helping him catch hes flight, hed miss it otherwise

Feel sorry for the chap. Hope he regains some form and confidence , and then moves on from us permanently