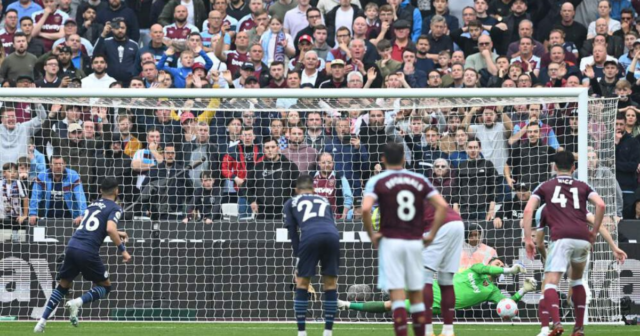 MAN CITY visit West Ham in a challenging first game of the new Premier League season as they look to defend their crown.

The Hammers finished seventh in the league last year as they enjoyed another brilliant season under David Moyes.

But the final day story was all about City, who produced another moment for the ages by coming from two goals down to beat Aston Villa 3-2 to win the title.

And now City want a THIRD consecutive Premier League gong – a feat only previously managed by Manchester United, who have done it twice.

It’s been all change for Pep Guardiola’s men in the summer, with star striker Erling Haaland joining their side.

And in order to fund the transfer, Gabriel Jesus and Oleksandr Zinchenko have been sold to Arsenal while Raheem Sterling has joined Chelsea.

West Ham have their own new striker in Gianluca Scamacca, however, and will be out to spoilt City’s party.

But talismanic captain Mark Noble has retired from professional football.

What time does West Ham vs Man City kick-off?

Erling Haaland is expected to start his first Premier League game and will be out to impress after his poor performance against Liverpool last weekend.

Julian Alvarez may also feature for Guardiola’s men after scoring in the loss to the Reds, but most likely from the bench.

And Jack Grealish is also set to play from the off in London.

West Ham could hand a full debut to new striker Gianluca Scamacca, but it remains to be seen whether he will partner Michail Antonio, or replace him in the XI altogether.

*Odds courtesy of Betfair and correct as of Thursday, August 4