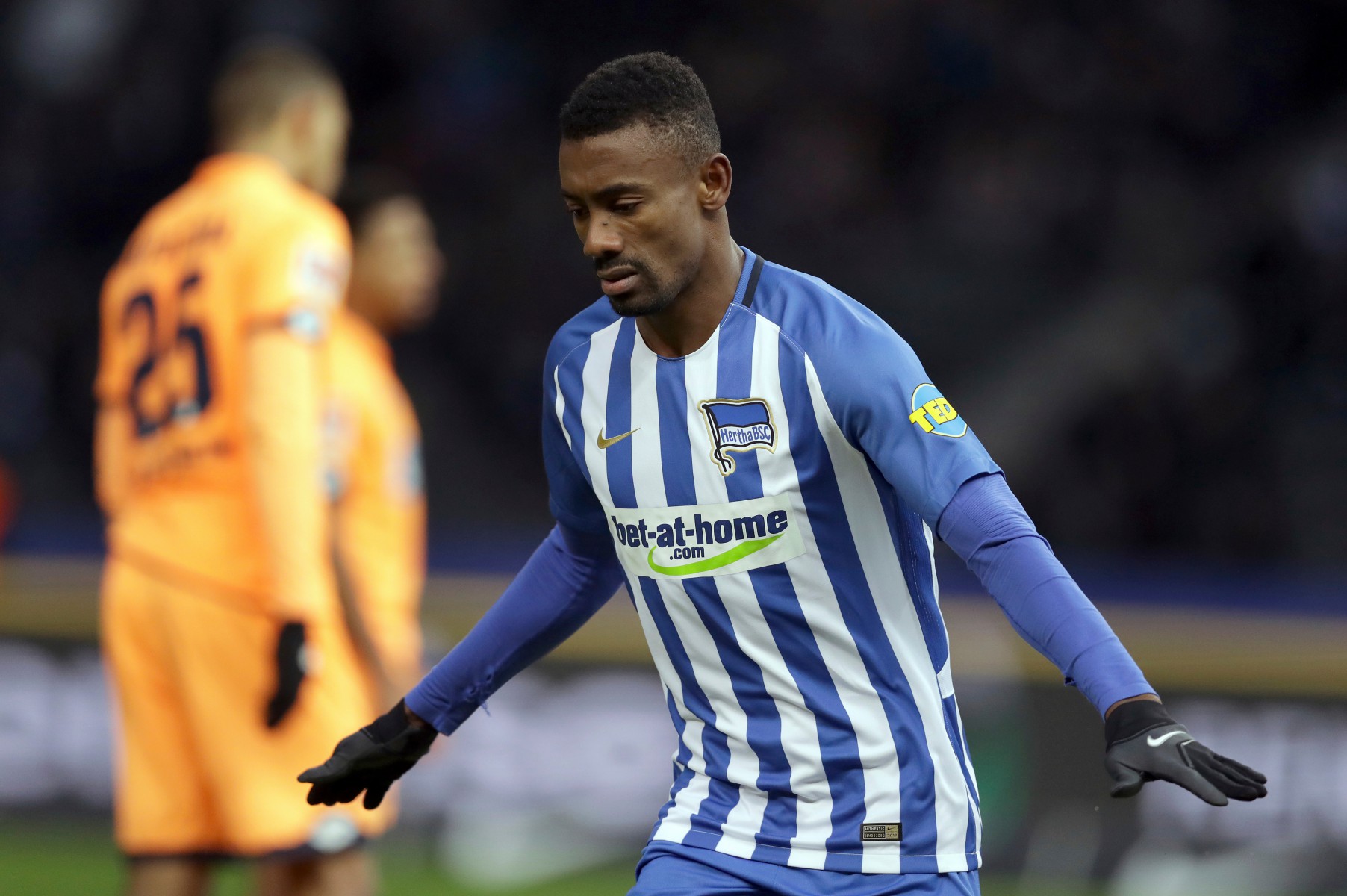 The Bundesliga side are on the verge of a stunning 27million deal for AC Milan striker Krzysztof Piatek.

And Kalou, 34, is not in Jurgen Klinsmanns plans for the remainder of the season.

Its reckoned West Ham are keen on snapping up the versatile forward as Moyes looks to lead his team away from the relegation zone.

But there will be no way of erasing Kalous illustrious history with capital rivals Chelsea.

The Ivorian spent six years at Stamford Bridge between 2006 and 2012, scoring 60 goals in 254 appearances while writing his name into the club’s history books.

But his crowning glory came in 2012 when he started Chelseas legendary Champions League final against Bayern Munich, playing 84 minutes before seeing compatriot Didier Drogba seal a penalty shoot-out win at the Allianz Arena.

Kalou left Chelsea for Lille that summer as Eden Hazard moved in the opposite direction, but he found himself in the Bundesliga with Hertha just two years later.

However, Kalou has featured just three times in all competitions this season.

And new boss Klinsmann, who replaced Ante Covic in November, has signalled the end of Kalous Hertha career by making him train away from the senior squad.

The move has enraged Kalou, who claims he is not being shown any respect despite his years of service at the club.

Kalou recently said: Its not like Ive only been here for five days or months. Ive spent almost six years here and have always scored my goals.

I dont need special treatment because of that. But its about respect, and theres currently a massive lack of it.

Im fit and ready to play. If the team need me, Ill do my job. Ive never experienced anything like this before, not even at the great Chelsea FC.

I will always remember Hertha as a wonderful place. I have a good relationship with [sporting director] Michael Preetz.

Hertha, who are 13th in the Bundesliga table, were also hoping to secure a deal for Arsenals Granit Xhaka.

But despite losing the captaincy, he has been convinced to stay at the Emirates by new boss Mikel Arteta.