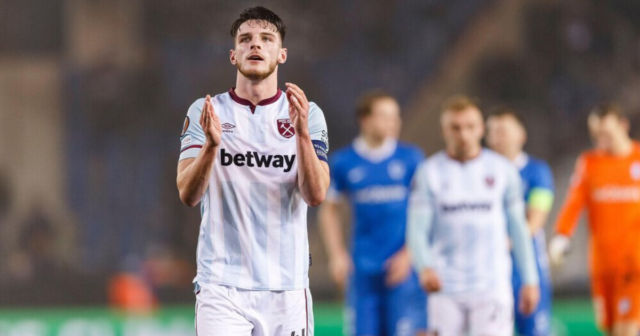 England star Rice is maturing into one of the Premier League’s most complete players — and the Hammers are not even entertaining the idea of letting him leave the club.

Instead they believe they can become a real force in the top flight by making the 22-year-old the key part of their plans going forward.

SunSport understands he is seen as a symbol of what the club stands for — and with investment from a Czech billionaire in the pipeline the Hammers are setting their sights high.

Chelsea, Manchester City and Manchester United have all been tracking the classy midfielder but no bid has ever been submitted.

And even if one came in for as much as £100million, the Hammers board have no intention of doing business, believing they can satisfy the player’s ambitions themselves.

Rice has rejected two contract offers over the past year, though neither player or club are in any rush to tie up a new deal and talks are ongoing.

West Ham are comfortable in the knowledge his existing contract still has three years left to run and the club have an option to extend it for a further year.

And with the team currently sitting in third in the Premier League table, there is growing optimism a new dawn is on the horizon at the London Stadium.

Czech businessman Daniel Kretinsky is in the final stages of negotiations to pay £150m for a 27 per cent stake in the club and is thought to be keen to provide additional finance to spend on players.

That would mean little pressure to bring in money by selling any of their stars and the club is of the view they would not be able to replace Rice even if they did get £100m of more for him.

The struggles of Aston Villa this season following the sale of their talisman Jack Grealish have been well noted at the London Stadium and there is no appetite to follow a similar path.

But the Hammers could be forced into the January transfer market as buyers — with fears mounting that Angelo Ogbonna’s knee injury could end his season.

Now the Italian international will undergo further scans to determine just how serious the problem is, with the worst case being surgery which would almost certainly end his campaign.

The injury is a major blow to the Hammers with Ogbonna building a formidable partnership with Kurt Zouma in the centre of defence to form the basis of the club’s impressive form.

Even a best-case scenario would see the defender ruled out to the new year, boss David Moyes now faces having to turn to back ups Craig Dawson and Issa Diop.

Ogbonna said on Twitter: “Unfortunately my knee forces me to take a break and return asap to fight with you.

“Of course I am devastated I can’t continue our battle from the field, but, as a fighter, I’ll be back and till my return I’ll be supporting the team in this truly special year.” 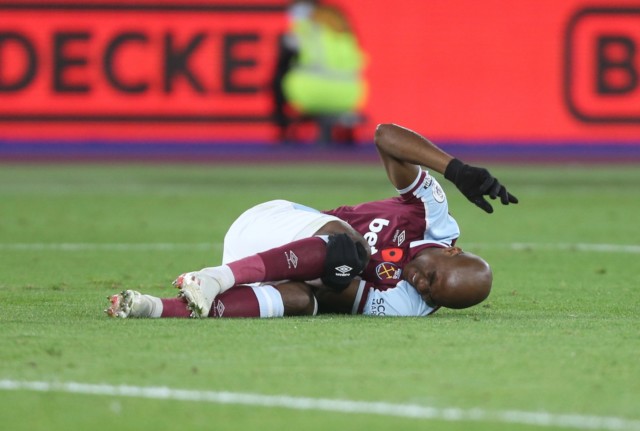