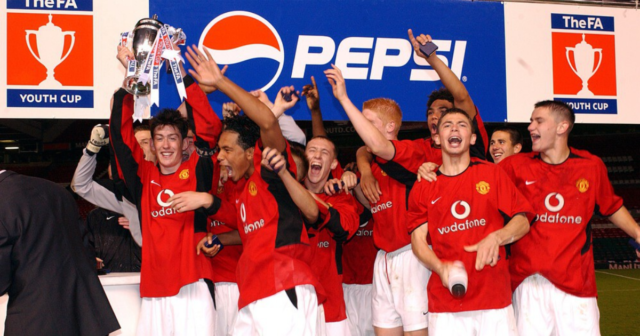 The Red Devils have not lifted the famous trophy since Sir Alex Ferguson’s final season in 2012/13.

But there is another competition they used to dominate that United have not won in even longer.

The FA Youth Cup has gone back to Old Trafford 10 times but United have not lifted it in over a decade.

Victory over Middlesbrough in the 2003 final is one of the club’s most famous youth triumphs, with a squad packed with academy talent and Neville watching from the stands.

But what has happened to that 2003 squad? While some went on to have glittering careers, others followed very different paths.

Heaton was a mainstay of United’s youth and reserve set-ups after joining from Wrexham in 2002.

But the keeper never got a foothold with the senior side and eventually left for Cardiff in 2010.

A successful move to Burnley and a handful of England caps soon followed before Heaton was snapped up by Aston Villa.

That move did not work out as planned and he was released over the summer, before making a homecoming return to United for the 2021/22 campaign.

Tom Heaton is back at Manchester United this season

Where to start with one of the best defenders the game has ever seen?

But by 2008 the lure of a return to the Nou Camp proved too much and he headed back to Spain to add to his trophy collection. 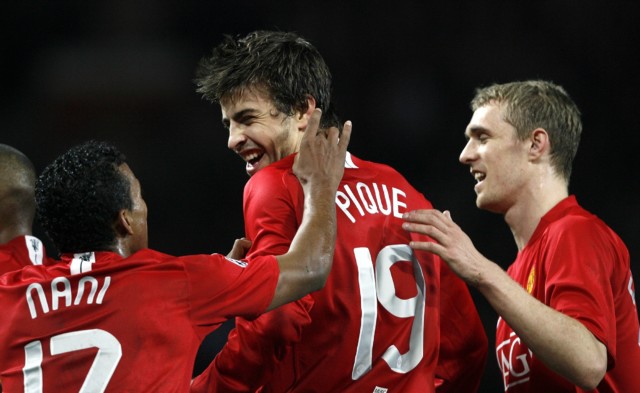 On the other end of the spectrum sits Pique’s 2003 centre-back partner Lee Sims.

The defender was released by United just a year after the Youth Cup win and an unsuccessful trial at Cardiff saw him exit the game altogether.

The right-back edged into United’s first team for the 2005/06 season before heading to Sunderland in 2008.

A solid career followed at the Stadium of Light before moves to Stoke and Burnley ensured Bardsley remained a Premier League player.

But his most famous moment probably came when he knocked out pal Wayne Rooney while sparring in the England striker’s kitchen. 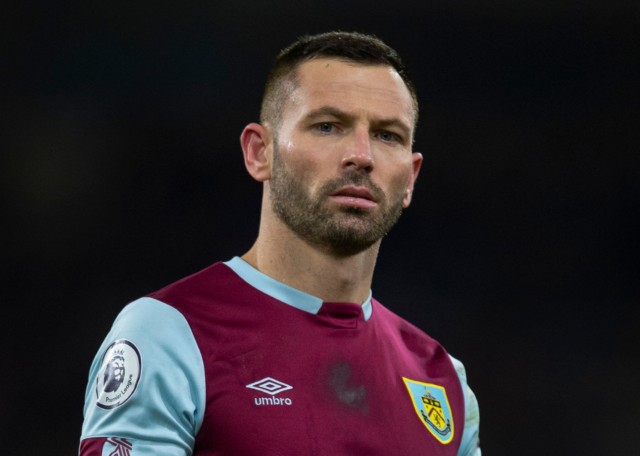 Phil Bardsley found a home at Burnley after Old Trafford

McShane joined United a year before the 2003 victory but never went on to make a senior appearance for the club.

The Republic of Ireland defender enjoyed a career with the likes of West Brom, Sunderland, and Reading – and famously scored on the final day of the season 2012/13 to send Hull into the Premier League.

Now retired, McShane has gone full circle to return to United as a coach in their youth set-up. 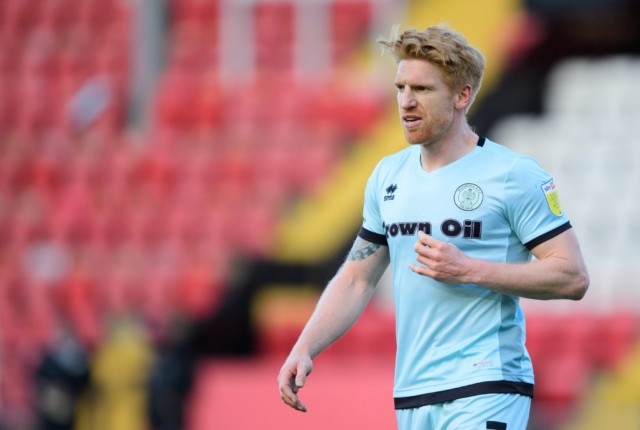 The 2003 skipper is another who failed to make the grade as a senior player at United.

But the midfielder has played in the top flight with the likes of Derby, Wolves and Burnley.

Jones is now turning his hand at coaching with a few famous faces – the 36-year-old signed as a player-coach at Ryan Reynolds and Rob McElhenney’s Wrexham.

Eagles was tipped for stardom at United and made his debut for the first team six months after the Youth Cup triumph.

But the promising start to his senior career stuttered and he went on to make just 17 appearances for the club before moving to Burnley in 2008.

A series of other moves followed before the 35-year-old called time on his career at Oldham in January 2020.

He was recently in trouble with the law after being found ‘drunk and shoeless’ in the driving seat of his £70,000 Audi. 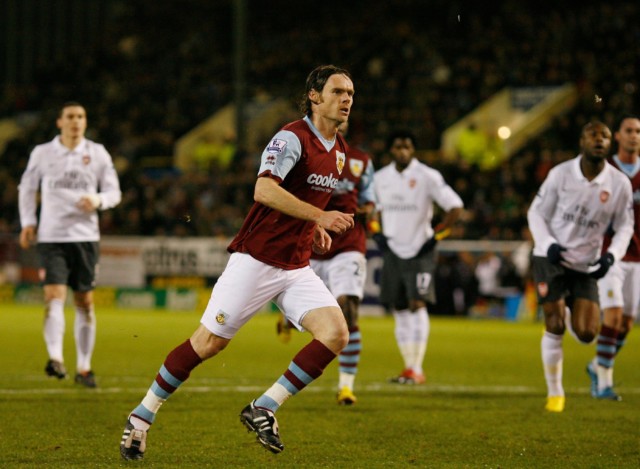 Chris Eagles is another United prospect who moved to Burnley

The enforcer of the 2003 side never got to taste the heady heights of life in the United first team.

Collett was named the club’s young player of the year in 2003 and was even tipped by Fergie to make it as a senior pro.

But a horror leg-break soon forced him to retire from football, with Collett awarded £4.3 million in compensation in 2008.

Richardson is arguably the biggest household name after Pique from the 2003 squad.

The left-sided winger managed to establish himself in the United first team and made 81 appearances for the club in a five-year spell.

Premier League titles and England caps soon followed before he departed for Sunderland in 2007. 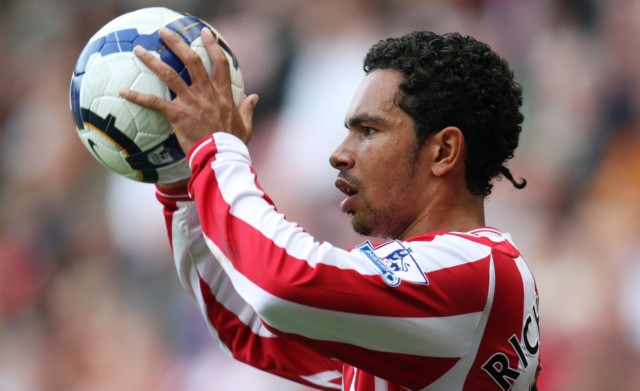 Ebanks-Blake is another United youth star whose career was marred by a broken leg.

A debut in the senior team was followed by a leg break at the end of the 2004/05 season and the striker departed Old Trafford soon after.

He enjoyed successful spells at Plymouth and Wolves but an injury curse appeared to hang over his career, with two more broken legs before hanging up his boots in 2019.

Fellow striker Rossi is yet another United prospect to have suffered injury woe throughout his career.

The Italian – who was born in the USA – showed promise at United before he forced a move to Villarreal in a desperate move for more game time.

He scored goals in Spain before moving to Fiorentina in Serie A, but serious knee injuries blighted his prime years.

Rossi narrowly avoided a doping ban after failing a test in 2018 and he called time on his career last year after moving to Real Salt Lake City. 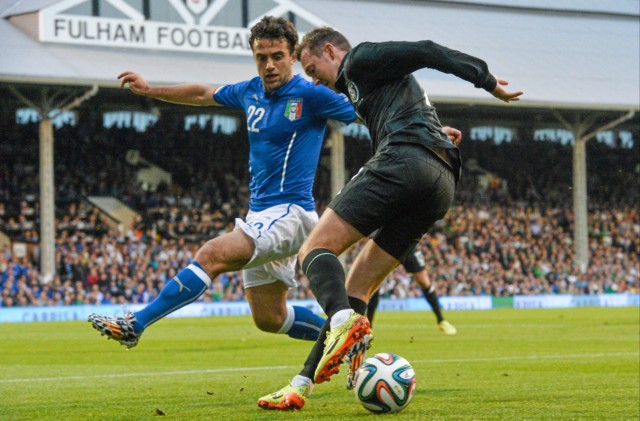 Heaton’s rival between the sticks, Steele was another tipped for success at United.

But with the likes of Edwin Van Der Sar, Tim Howard and Ben Foster ahead of him in the senior pecking order, Steele never really stood a chance.

Steele’s career has seen him employed by a whopping 13 clubs and the 37-year-old now plays at Notts County in the National League.

Lawrence’s Youth Cup glory was soon followed by a loan out to Shrewsbury Town in the Conference.

An injury while on loan scuppered his fledgling career and he was soon released by United.

Howard was a classmate of Bardsley’s but never enjoyed the same success on the pitch as the veteran right-back.

After being released in 2006 he moved to Denmark to play for Brondby under Rene Meulensteen – who in turn would head to United as a first team coach.

Winger Poole left Old Trafford in 2005 for a career in the lower leagues.

Yeovil Town and Stockport County saw him play up and down the country before his career came to a close with Hyde in the Northern Premier League.

Johnson found himself one of a host of players let go in 2006 with Bradford his initial landing zone.

Injury blighted a promising start at Valley Parade and Johnson eventually brought an end to his career in 2012 after a spell stateside with Portland Timbers.