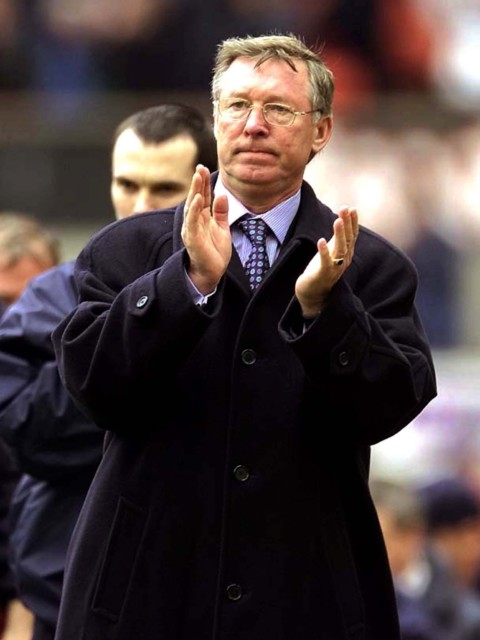 SIR ALEX FERGUSON is one of the greatest football managers of all time.

From being one game from the sack at Old Trafford to transforming the club into a real European heavyweight, Fergie’s tenure will go down in history.

But the great man did make one or two mistakes along the way.

From signing the likes of Bebe, Eric Djemba Djemba  and Gabriel Obertan to the infamous David Beckham boot-throwing episode, there were some colourful times during his 26 years at the club.

After winning the Premier League in 2001, the boss was full of beans for the future.

Fergie tipped seven youngsters from the United youth team that he predicted were destined for greatness.

He said: “Darren Fletcher, who we hope will get over his broken leg, is good. Michael Stewart and Luke Chadwick are doing very well, and John O’Shea’s doing well too.

“But there’s a young boy who has started now, he’s 16, called Kieran Richardson. He’s going to be a fantastic player.”

Some lived up to his billing but sadly others failed to make the grade.

Mr Versatile, O’Shea even played in goal during his time with United.

The Irishman moved on to Sunderland where he captained the Mackems, but couldn’t stop their slide down the leagues.

O’Shea joined Reading for one season in 2018 before retiring and joining their backroom staff, where he is currently first team coach. 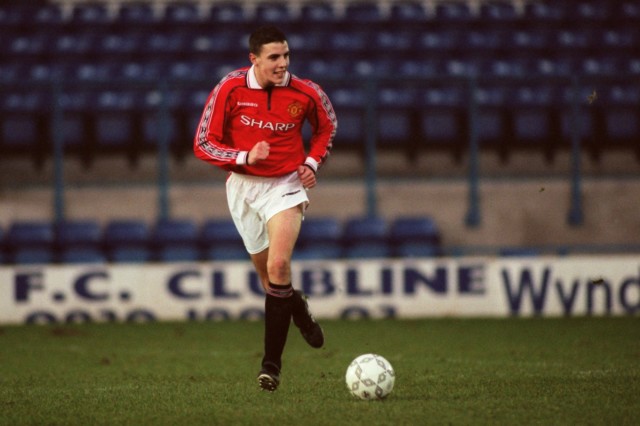 A capable midfielder who perhaps never got the credit he deserved for his workmanlike performances in the middle of the park.

Incredibly the Scot managed to play at the top level while suffering from a serious bowel condition.

He won five Premier League titles as well as the Champions League during his 342 appearances in 11 years for United.

Fletcher went on to play for West Brom and Stoke before retiring at the age of 36 at the end of last season to begin regular media appearances. 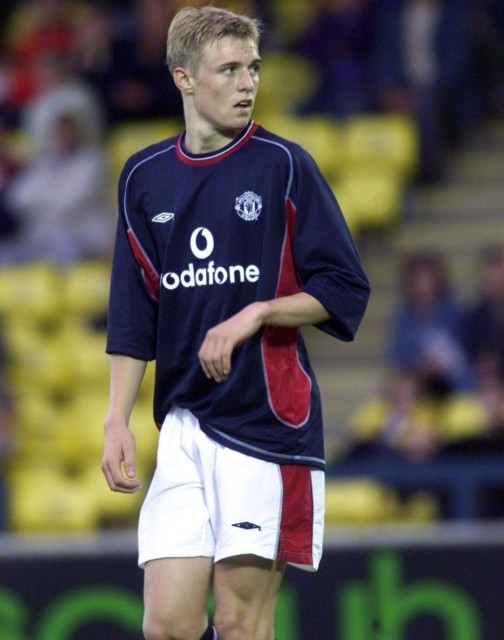 Darren Fletcher did his njob without too much fuss, and went on to become a Scotland international

Once talked about as Beckham’s successor, it’s fair to say Chadwick failed to live up to even half of that billing.

He did feature 38 times in United’s first-team, but that mostly came in cup competitions and coming off the bench.

Chadwick went on to play for West Ham, Stoke, Norwich, MK Dons and Cambridge United before dropping into non-league to finish his career with Soham Town Rangers.

The 39-year-old is now coaching in Cambridge’s academy but hit headlines after revealing his sadness at being mocked on the BBC quiz show They Think It’s All Over – earning an apology from presenters Nick Hancock and Gary Lineker. 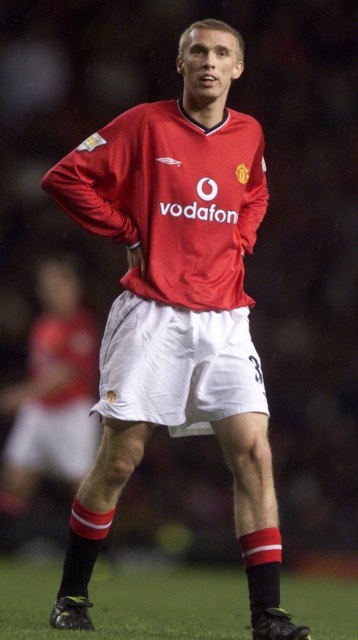 Fergie described how Richardson would go on to become “a fantastic player”.

Like O’Shea and Fletcher, Richardson can look back on a pretty successful career, even making eight England appearances and scoring twice.

He made 81 appearances for United between 2002 and 2007, and went on to play for Sunderland, Fulham Aston Villa and Cardiff. 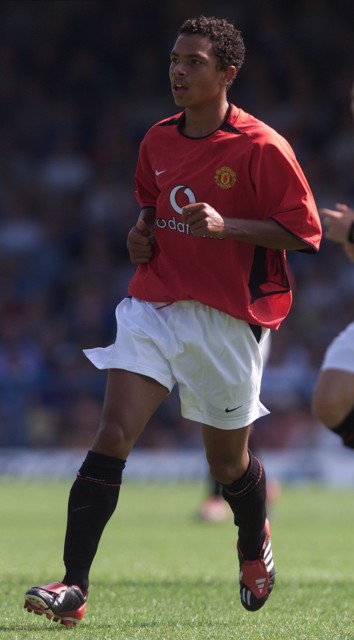 Kieran Richardson never really made it at Old Trafford, but did make eight England appearances

Pugh had the honour of making his debut for United when he replaced the legend that is Ruud van Nistelrooy in a Champions League game against Maccabi Haifa in 2002.

But he went on to feature only another six times before being shipped out to Leeds as part of the deal that took Alan Smith to Old Trafford.

Pugh also played for Preston, Stoke, a second spell with Leeds before floating down the leagues.

He is currently coaching at Port Vale after seeing out his playing days with the League Two club. 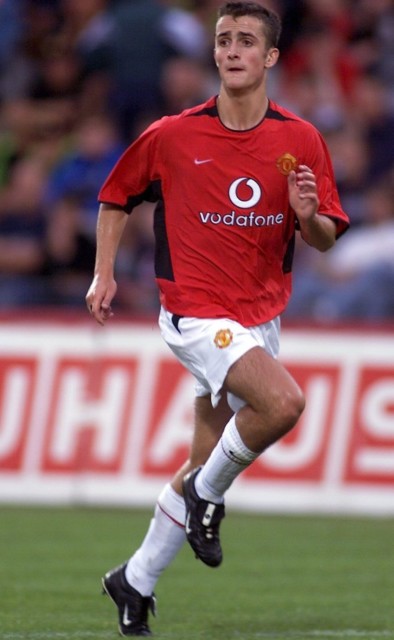 A defensive midfielder in the time when Roy Keane was bossing the opposition as well as the dressing room, Stewart was always going to find it difficult to break through.

The Scot made eight appearances for United between 1998 and 2005 before being moved on to Hibs permanently.

He joined their great rivals Hearts in 2007 where he stayed for three season, before a spell with Genclerbirligi in Turkey and his career ended in 2011 after a nine-game stint at Charlton.

Capped four times by Scotland, he later applied to be a candidate for the Scottish National Party in the 2015 general election – but failed to secure the nomination. 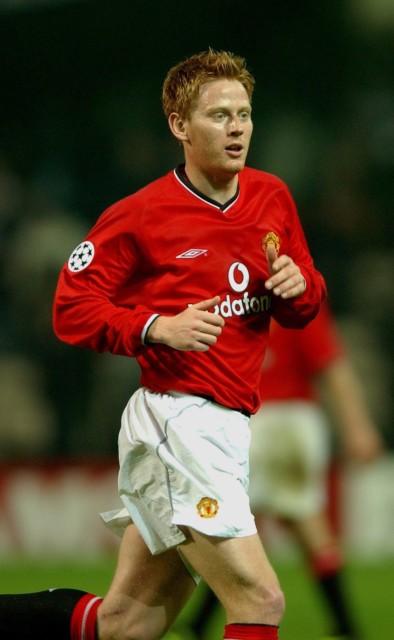 After shining at youth levels at United, Tierney made only ONE first-team appearance – in the League Cup against West Brom in 2003.

The right-back joined up with Scottish side Livingston in 2005 but was flogged on to Blackpool when they were relegated from the SPL.

After a loan spell with Stockport, he was released by the Seasiders. Tierney ended his career with a three-game stint with Altincham. 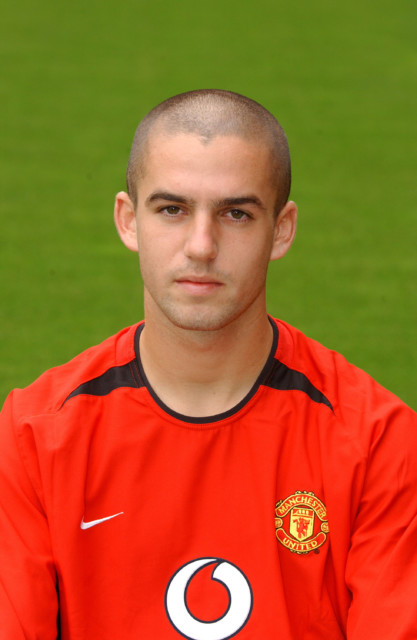 Paul Tierney made a solitary appearance for United in the League Cup before moving to Livingston in 2005
Advertisement. Scroll to continue reading.