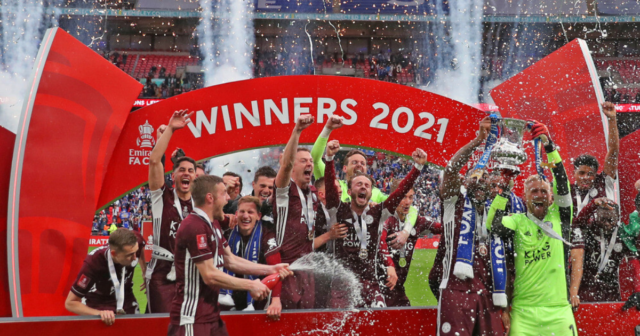 THE FA Cup third round will ring in the new year as per tradtion, but first – the draw!

All the Premier League big boys enter at this stage of the competition, after the second-round proper is played this weekend.

Man Utd, Arsenal, Liverpool and last season’s finalists Chelsea will all be included in the draw, as will holders Leicester.

Leicester overcame Chelsea 1-0 in a hard-fought final last May thanks to Youri Tielemans sensational goal at Wembley in front of just 22,000 people.

The Foxes proved, once again, that you don’t have to be one of the big six to pick up major silverware, so every team can count themselves a potential winner of this campaign’s competition.

And it all begins with the highly-anticipated third round draw.

When is the FA Cup 3rd round draw?

What channel is the FA Cup 3rd round draw on and can it be live streamed?

What teams are in the draw?

All 20 Premier League teams and all 24 Championship teams will be in the hat for the draw on Monday.

And they will be joined by the winners of the 20 fixtures which take place in the second round of the competition this weekend.

Ball numbers, however, are yet to be confirmed.