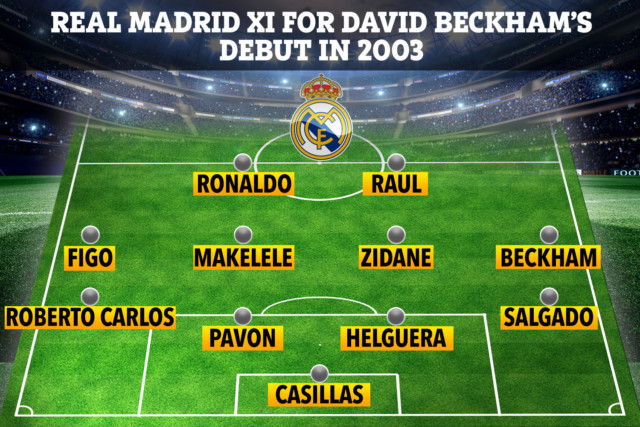 AS hard as it may be to believe, David Beckham joined Real Madrid nearly 17 years ago.

Then at the prime of his powers, aged 28, Golden Balls packed up his things and walked away from Manchester United.

How Real Madrid lined up for David Beckham’s 2003 debut

Becks left with six Premier League titles, one Champions League crown… and a small scar above his eye after getting a boot kicked at his face by Sir Alex Ferguson earlier that year.

After joining Los Blancos in a £30million deal, Beckham made his debut in August against an XI of Chinese stars during the club’s pre-season tour of Asia.

Then under the leadership of Carlos Queiroz, Real Madrid fielded a super-strong team for the 4-0 win.

But they were indebted to the subs for the win.

Luis Figo scored the opener on the stroke of half-time before subs Fernando Morientes (two) and Javier Portillo secured victory.

But who started Beckham’s big debut in China? And where are they now? We take a look… 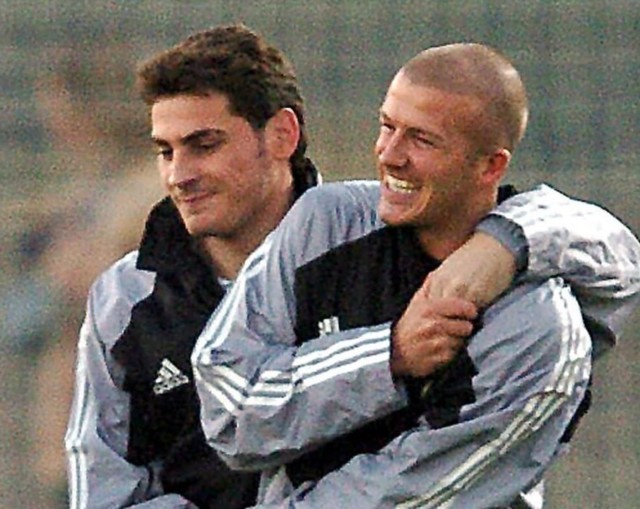 A TRUE Real Madrid legend, Casillas spent 25 years at the club, working his way from the youth ranks to the very top of the game.

He eventually moved to Porto in 2015 where he continued to prove he was one of the best goalkeepers on the planet.

The Spaniard suffered a heart attack in the summer of 2019 and was ultimately forced to retire in February 2020.

On the same day as his retirement from football, Casillas revealed he would stand as a candidate in the Royal Spanish Football Federation presidential elections. 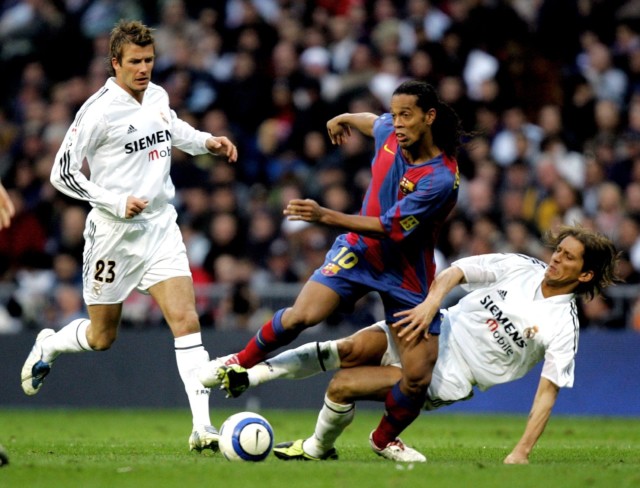 Salgado and Beckham formed a superb partnership on the right

THE right-back spent a decade at Madrid, between 1999 and 2009 – enjoying a few good years with Beckham.

And his debut was no different as the pair linked up to great effect down the right flank.

Salgado – dubbed a “genuine psychopath” by former team-mate Steve McManaman – eventually left to join Blackburn, where he spent three season before retiring in 2012.

He served as manager of the Galicia national side – who are not recognised by Fifa or Uefa, and only play friendlies.

They most-recently played Venezuela in 2016 – a 1-1 draw, with ex-Liverpool flop-turned-Celta Vigo star Iago Aspas getting their goal.

Aged 40, Salgado came out of retirement to play futsal in India – before playing professional football for Independiente in Panama in 2018, aged 42.

He made just one appearance before being named Egypt assistant manager later that year. 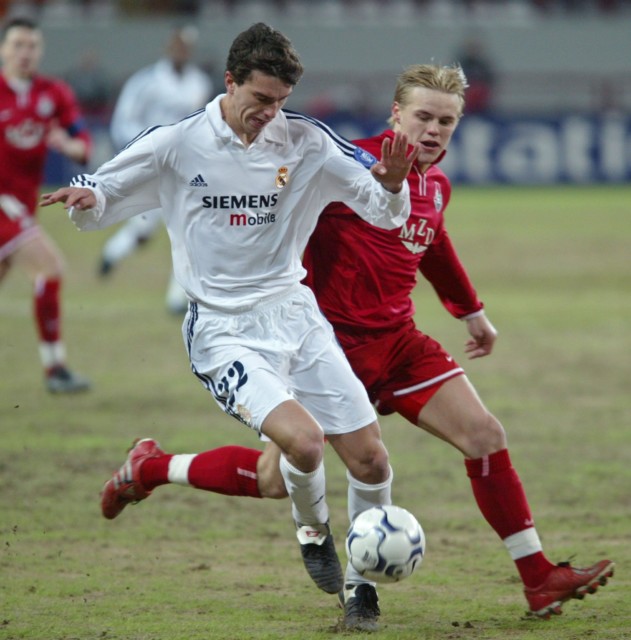 Francisco Pavon never lived up to his potential at Real Madrid

PAVON worked his way through the youth ranks at Madrid to spent six years in the first-team – playing over 100 times in LaLiga.

He was once tipped as being the future of the club for his no-nonsense, “unfashionable” style by president Florentino Perez, who wanted to assemble a “team of Pavons and Zidanes”.

But numerous managerial changes meant he slipped out of favour and eventually out of the club.

After spells at Real Zaragoza and Arles-Avignon, Pavon had a trial with West Ham in 2011.

But after failing to secure a deal – and being without a club for two years – he later retired in 2013, aged just 33. 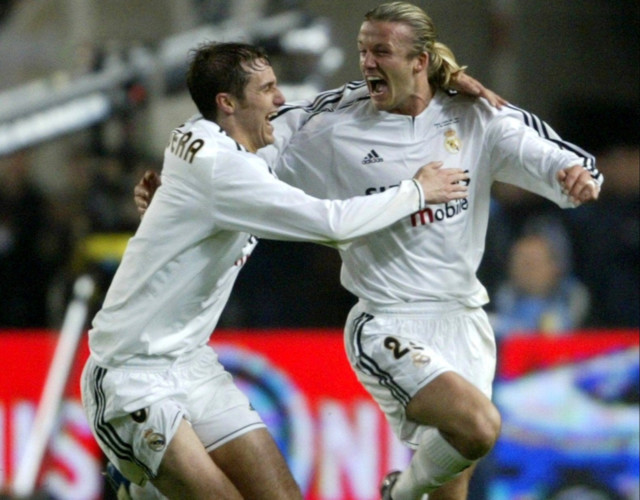 THE 47-cap Spain international spent the majority of his career at Madrid – between 1999 and 2007.

These days, Helguera can mostly be found spilling dressing room secrets from his days at Madrid – including party-boy Ronaldo and what the players really thought of their bosses. 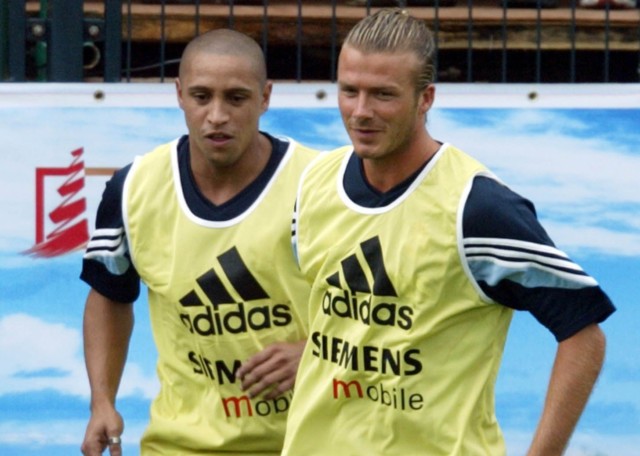 THE Brazilian superstar spent 11 years at the Bernabeu, playing 524 times in all competitions – scoring an impressive 69 goals from defence.

The free-kick specialist wound down his career at Fenerbahce, Corinthians and Russian side Anzhi as player-coach before retiring.

After hanging up his boots in 2012, he returned in 2015 to play for – and manage – Indian outfit Delhi Dynamos.

He is now a football ambassador after failing to crack the world of management in the way he did as a player. 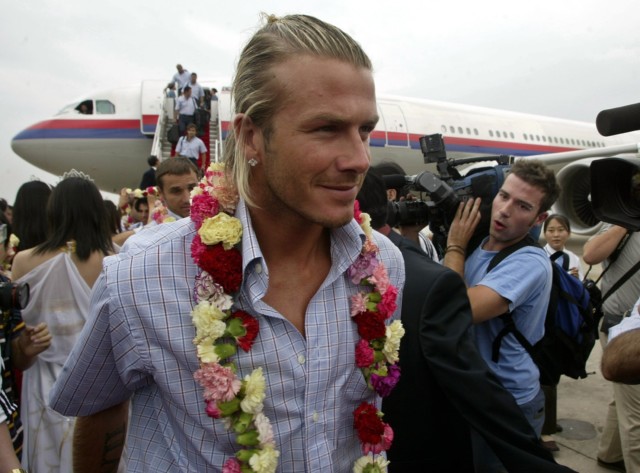 Something of a trailblazer, Becks left England to try his hand in Spain – where he spent four years.

Aged 32, he joined LA Galaxy in a very bold move for such a high-profile star – but it certainly set a trend with the likes of Zlatan Ibrahimovic and Wayne Rooney since heading to the MLS.

Beckham enjoyed two brief loan spells at AC Milan during the US off-season, before joining Paris Saint-Germain for his final swan song – and to add another fashion capital of the world to his CV.

Since hanging up his boots, Beckham has been involved in charity work, advertising campaigns, bought a ten per cent stake in Salford City along with his Class of 92 team-mates – and is now a football club owner.

Beckham’s Inter Miami side have played just twice due to the lockdown – and will get back underway when the MLS restarts on July 8, in a shortened season at Disney World. 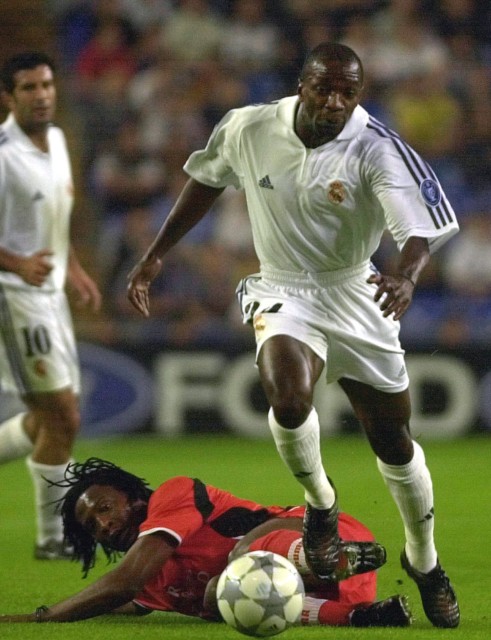 YOU know you’re good when an entire position is named after you.

Before N’Golo Kante burst on to the scene, the CDM spot was known as the “Makelele role” and rightly so.

Makelele actually left the summer Beckham arrived to join Chelsea, with the pair only playing together in pre-season.

After five years at the Blues where he became a global superstar, Makelele headed to PSG to finish his career.

Makelele has also managed Bastia and Eupen – before taking on the role of technical mentor and youth coach at Chelsea just last year. 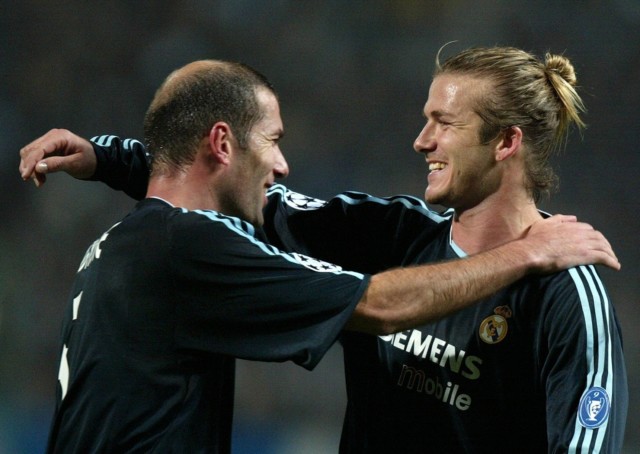 AFTER five years at Juventus, Zidane spent the final five seasons of his career at Real Madrid – winning the LaLiga title and Champions League.

He ended his career in controversial fashion, headbutting Marco Materazzi in the 2016 World Cup final – won by Italy.

For years, Zidane worked as an unofficial advisor at Real Madrid – while also taking part in some legends tours and futsal tournaments.

But in 2014, Zizou got his first real shot at management with Real Madrid Castilla – the “B” team, full of youth stars.

After thriving there, Zidane got the top job, taking over as Los Blancos manager – winning three Champions League titles in a row.

After resigning in 2018, he quickly returned a year later to save Madrid after disastrous spells under Santiago Solari and Julen Lopetegui.

Zidane is under contract at the Bernabeu until at least 2022. 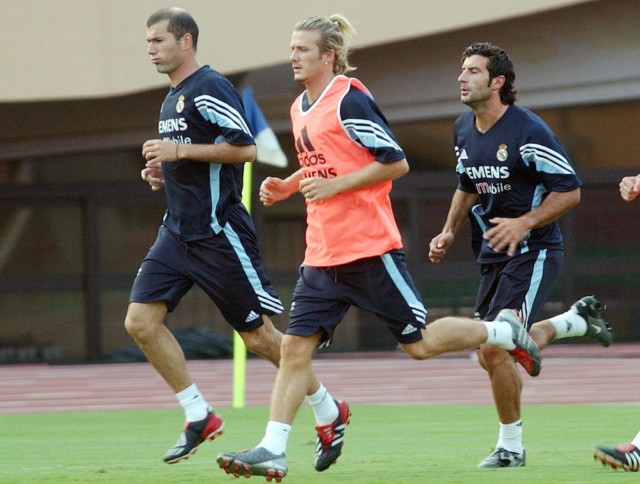 Figo was switched to left-mid to accommodate Beckham and Zidane

A REAL team player, Figo gave up his favoured spot at right-mid to accommodate Beckham at Madrid.

He started on the left and played well during Becks’ debut.

Best known in England for his Euro 2000 heroics against the Three Lions as Portugal won 3-2, Figo moved on to Inter Milan in 2005.

After over 100 league appearances for Sporting, Barcelona, Real Madrid and Inter, the legend retired in 2009.

In 2015, Figo announced he would run for the Fifa presidency to take on incumbent Sepp Blatter.

However, four months later he withdrew his candidacy, saying he wouldn’t feel comfortable in a position of “absolute power”. 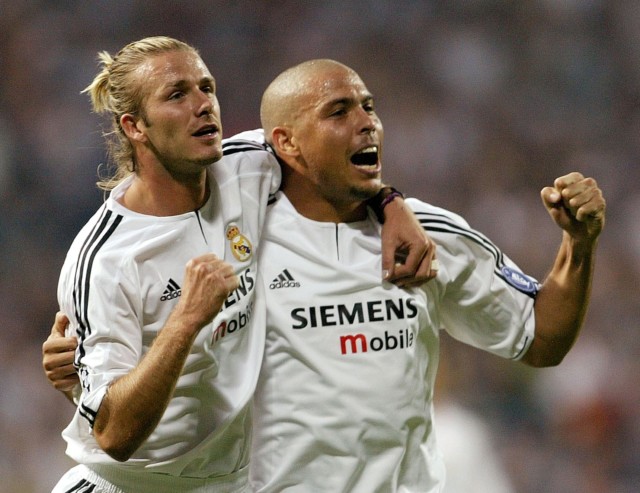 THE original Ronaldo – and still, in many eyes, the best.

Ronaldo scored 83 times in 127 LaLiga games at Real, in an injury-hit career.

After leaving after five years in 2007, Ronaldo spent one season at AC Milan, before heading back to Brazil to play two seasons with Corinthians.

He blamed injuries and hypothyroidism – a condition which causes weight gain by slowing down the metabolism – for his demise.

In 2018, Ronaldo became majority owner of LaLiga side Real Valladolid, buying 51 per cent of the shares. 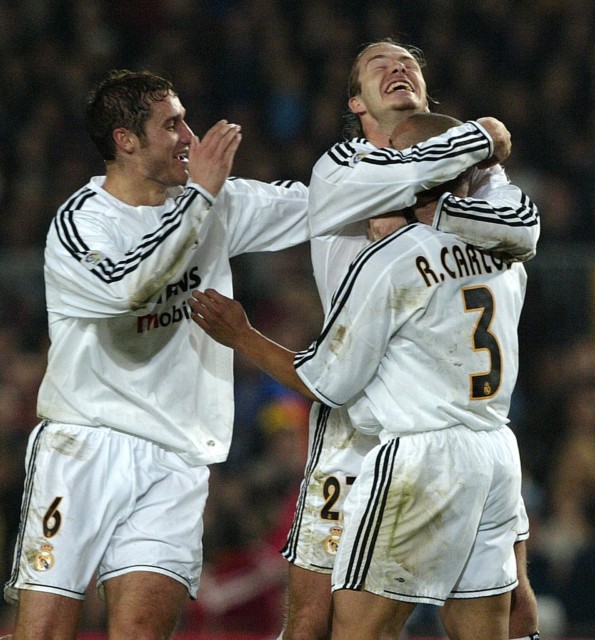 Raul and Beckham were a superb duo for the Galacticos

He wound down his career at Schalke, Al-Sadd and New York Cosmos before calling it quits in 2015.

Meanwhile, the man himself returned to Madrid in 2018 to take charge of the Under-15s team.