Where Arsenal’s final XI to play at Highbury 15 years ago are now, including Thierry Henry as a manager
Advertisement 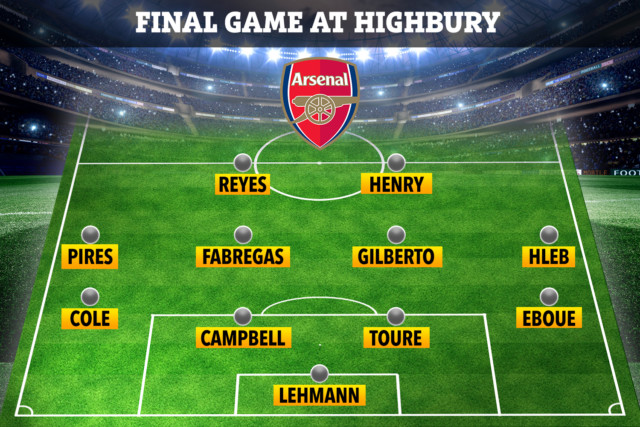 ARSENAL bid farewell to Highbury 15 years ago and leapfrogged Tottenham to secure fourth-place in the Premier League and a Champions League spot.

A 4-2 victory over Wigan saw the Gunners close the book on their home of 93 years in fitting manner, with Thierry Henry bagging a hat-trick.

And it was the end of an era in many other ways as Dennis Bergkamp, Robert Pires, Sol Campbell, Jose Antonio Reyes and Ashley Cole left the club the following summer having each collected multiple winners’ medals in North London.

The club had plenty to celebrate and did so in style after the comeback win over Wigan – in part earning revenge for Jason Roberts’ last-ditch away goal that secured the Latics’ League Cup final spot earlier that season.

The result also marked a triumphant rise to the final Champions League qualification place, thanks to Tottenham’s lasagne-instigated defeat at West Ham.

Here, SunSport details where the starting XI from that day are now.

Jens Lehmann has Henry to thank for scrubbing David Thompson’s long-range free-kick that ignominiously beat the goalkeeper from the history books.

Two years later, the German departed Arsenal for Bundesliga side Stuttgart but came out of retirement amid a Gunners injury crisis to face Blackpool in 2011 – at the age of 41.

Lehmann then completed his second return to Emirates Stadium as part of Wenger’s backroom team in 2017 but is now working as a pundit after a spell as Manuel Baum’s assistant at Augsburg.

Henry capped the final game with a sensational hat-trick 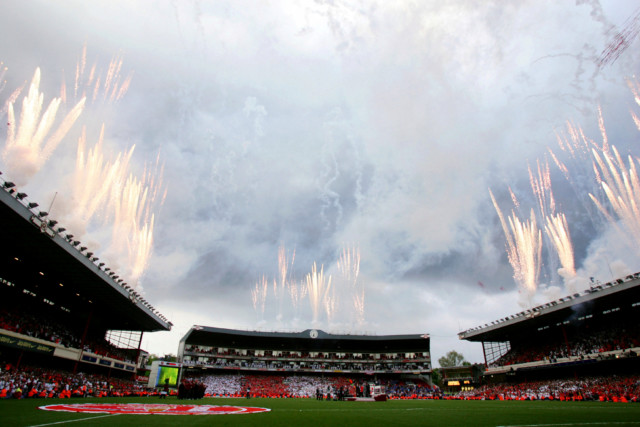 The Gunners celebrate beating Tottenham to fourth as they closed Highbury

Ivorian defender Emmanuel Eboue took over from Invincibles hero Lauren during the 2005-06 campaign and endured a terrible time after his career went downhill.

A one-year Fifa ban after refusing to pay an agent left the player broken and his attempt to return to the game with Cypriot side Turk Ocagi Limasol was abandoned due to ‘serious medical problems’.

Then, in 2018, he was arrested and cleared over a suspected arson attack in North London with Eboue since opening up on how money trouble led him to consider taking his own life. 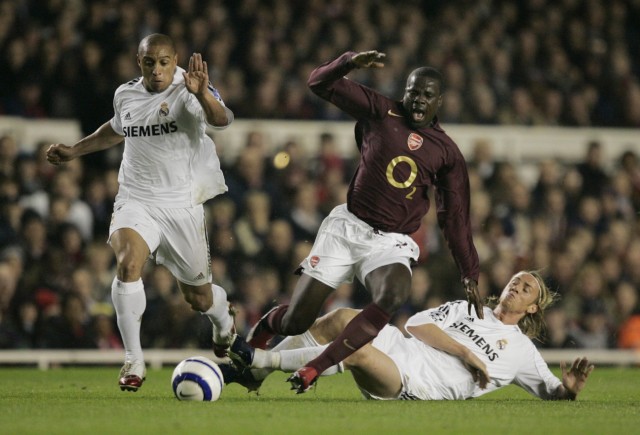 Eboue had a rough time of it after leaving Arsenal

After hanging up his boots and achieving further fame as one half of the famous Toure brothers chant, he began his coaching career with the Ivory Coast national team.

Brendan Rodgers gave Toure a job a Celtic in September 2017 and the pair have never looked back, the former centre-back joining his boss in moving to Leicester in 2019.

The playing career of Sol Campbell was far from straightforward after he left Arsenal that summer, heading to cash-strapped Portsmouth as their finances collapsed.

Although he won the FA Cup on the South Coast, the centre-back sued the club for £1.7million before an ill-fated move to Notts County, joining Sven Goran Eriksson before the League Two side’s Middle Eastern investment also fell apart.

Campbell played just once for County before a second Arsenal stint and the ex-Southend manager’s difficulty in getting a coaching career off the ground led to him becoming an outspoken critic of game bosses.

The left-back claimed another Premier League as well as a Champions League and four FA Cup winners’ medals in West London, ending his career under old team-mate Frank Lampard at Derby.

Since retiring, Cole set his sights on becoming a coach and rejoined Chelsea as part of their academy staff and regularly appears on Sky Sports as a pundit.

Few expected Alexander Hleb to jump back into the headlines during the coronavirus pandemic, but the Belarusian did just that when his country’s footballing system refused to close while its European counterparts shut up shop.

The 39-year-old was an outspoken critic at the Belarusian Premier League’s insistence on carrying on.

And it was in his home country where Hleb saw out his playing days, turning out for Isloch Minsk Raion following post-Arsenal spells with Barcelona, Birmingham and BATE Borisov.

One of the few men on the pitch that day still playing, Cesc Fabregas is currently signed to Ligue 1 side Monaco.

And not many can match the playmaker’s trophy haul since Highbury’s closure either, with a World Cup, two European Championships, a La Liga title, Premier League and FA Cup added to his trophy cabinet.

Nowadays, the 33-year-old actively engages with fans on social media and cannot resist taking the odd dig at Tottenham.

Brazilian anchor man Gilberto left Arsenal in 2008 and retired seven years later after playing in Greece and back in his home country.

Initially spending seven months as technical director at old club Panathinaikos, he has worked as a TV pundit and after-dinner speaker.

But Silva’s main role now is that of a footballing consultant, most notably advising fellow Brazilian midfielder Fred as he made the move to Manchester United. 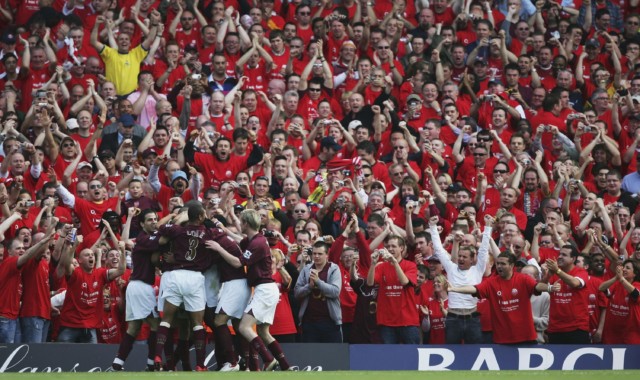 Henry stole the show with a hat-trick against Wigan to leave Robert Pires’ early opener – a far from typical poacher’s effort – largely forgotten.

When a brief sojourn to Indian football with FC Goa in 2014 ended, Pires joined the Gunners backroom staff and he now works as a pundit and ambassador for the game.

When driving with his cousins near Seville in 2019, Jose Antonio Reyes was involved in a car crash that killed the former striker and Jonathan Reyes, leaving fellow passenger Juan Manuel Calderon in intensive care.

Tributes flooded in for the Spaniard, who was still playing at the time with Segunda Division team Extremadura.

Strike partner Henry describing Reyes as a ‘wonderful player, superb team-mate and exceptional human being’ as a police report confirmed a tyre failure at high speed.

A year after his iconic kiss of the Highbury turf having completed his hat-trick past Wigan, Henry accepted a move to LaLiga giants Barcelona.

It was at the Nou Camp where he played an integral part in Spain’s first-ever treble winners under Pep Guardiola – going on to end his career in MLS.

The Montreal Impact boss coached in the Arsenal academy and alongside Roberto Martinez with Belgium ahead of his breakout opportunity at Monaco, although that did not go to plan at all and he left after three months with the Ligue 1 side 19th.

He is now manager of MLS side CF Montreal.

A hero’s welcome for Dennis Bergkamp marked his final appearance in football at Highbury and he spent many years in the Ajax setup before leaving in December 2017.

Likewise, Freddie Ljungberg is now a coach most recently seen in temporary charge of the Gunners following Unai Emery’s sacking.

Robin van Persie infamously left Arsenal for Manchester United after reaching stardom at the Emirates and is now a pundit for BT Sport.

Manuel Almunia retired from playing due to a heart condition in 2014 and Johan Djourou took Swiss club FC Sion to court after refusing a pay cut amid the coronavirus pandemic.