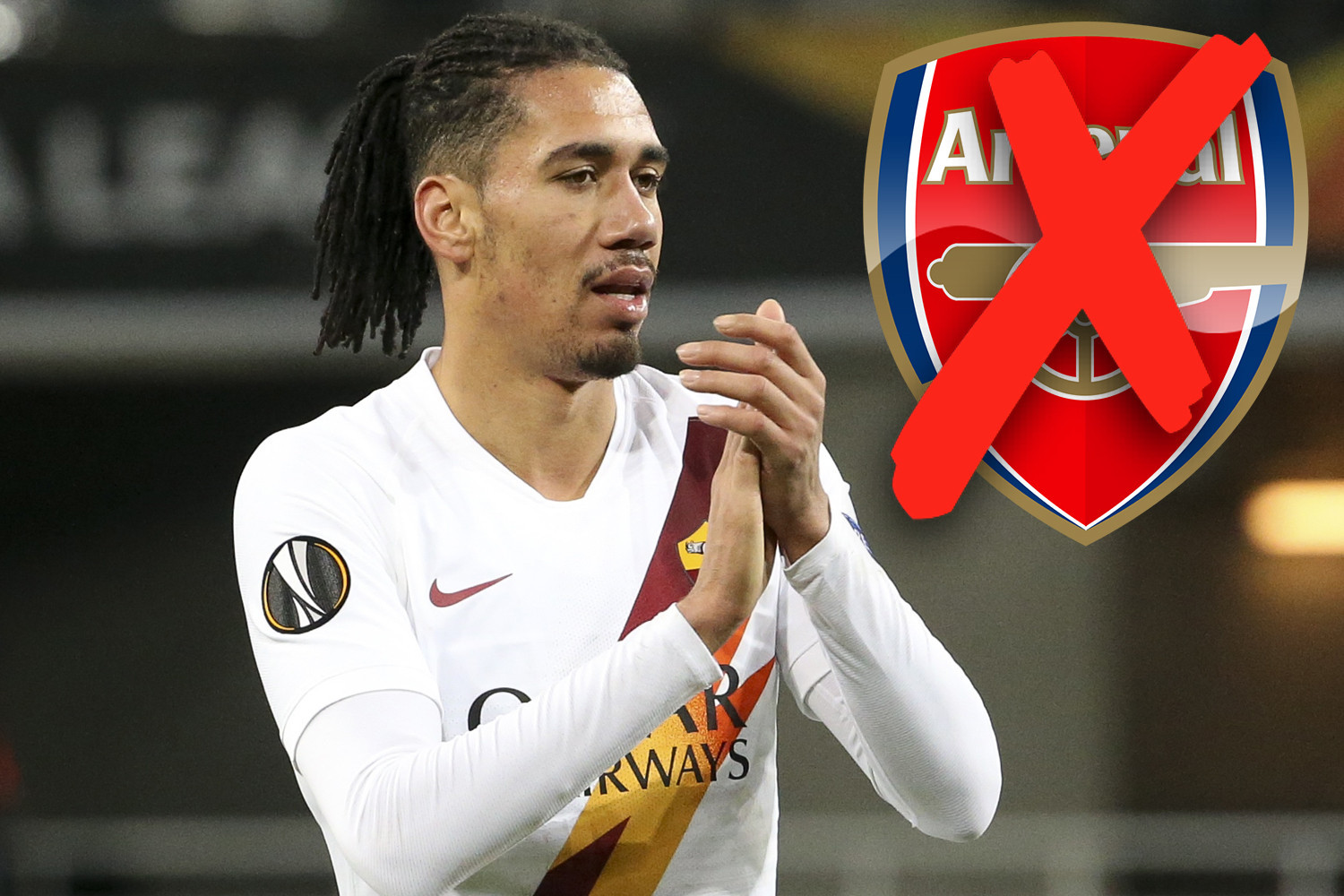 ARSENAL are rumoured to be in the market for Manchester United star Chris Smalling this summer.

Like many fans, I’m wondering if the ex-England international, 30, is the right man for the job.

Chris Smalling may not be the right player for Arsenal

Smalling has been resurgent in Italy during his loan stint with Roma and has boosted his chances of getting a long-awaited Three Lions recall.

But is he the right man for Arsenal? I take a look at the pros and cons…

First and foremost, Smalling comes with a wealth of Premier League experience so wouldn’t struggle to adjust to the physicality and pace of the Premier League like many players.

Smalling is a proven winner at Man Utd and with over 300 games and two league titles under his belt.

His maturity and mentality should rub off on Arsenal’s group of younger pros.

The former Fulham ace has a dominant aerial presence that has been lacking at the club for some time, too.

Still only aged 30, he should be at his absolute peak for a central defender and would be hungry to enjoy some first-team action at one more big club – particularly one closer to his family in the south of England.

Better yet, his passing game has improved in Italy, with his average pass completion this season over per cent.

However, that’s not to say a move for Smalling would be right for Mikel Arteta’s Gunners.

Whilst Smalling’s experience will be invaluable, he is right-footed, and I suspect Arsenal’s known new arrival William Saliba is pencilled into start on the right of Arteta’s defence.

Saliba – currently back on loan at Saint-Etienne – genuinely appears to be a generational talent and if Arteta wants experience alongside him it should be a left-footer.

Arsenal have lacked that balance for years now and it shows.

At present the options on the left side would be left-footed Pablo Mari and David Luiz, who is also comfortable on the left.

Football fans are an irrational and emotive bunch, who don’t like signings that might be seen as cast offs from a rival – Mikael Silvestre springs to mind.

Most Arsenal fans turned their noses up when I suggested we sign Jonny Evans from United years ago.

The same fans wanted him when he left West Brom a few years later… like I said, irrational and emotive!

Then there’s the cost, with the quoted fee of £25million simply too high, in my opinion, for a club with a Europa League budget.

On balance I think the price tag and the fact that he is right-footed lean me toward saying Smalling is not the man for Arsenal.

If he was willing to come and accept a role as a squad player, I might change my opinion.

But at 30, and with Gareth Southgate, hinting the player is not out of his plans, Smalling will want to play weekly.

Plus of course, like most Gooners, I can’t wait to see Saliba line up on the right side of our defence.