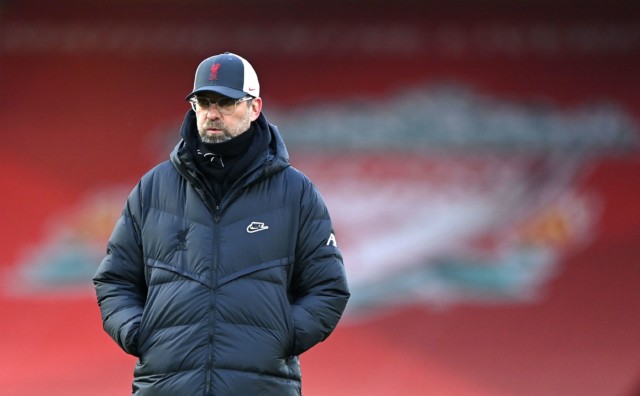 LIVERPOOL take on RB Leipzig in the first leg of their last-16 tie with the German side in the Champions League.

But the Reds won’t have to pull out a result in Germany, as the game will be taking place in Budapest, Hungary instead.

What is RB Leipzig vs Liverpool in Budapest?

Leipzig face Premier League champions Liverpool on Tuesday, February 16, but NOT in Germany.

The game will go ahead in Budapest because of the coronavirus restrictions imposed on travel to Germany.

The German government have banned entry from countries who carry mutant strains of Covid-19, meaning a neutral venue had to be found to play the fixture.

Leipzig applied for an exception, but said application was denied.

UEFA therefore announced that the game would take place in Budapest at the Puskas Arena.

A UEFA statement read: “UEFA would like to thank RB Leipzig and Liverpool FC for their close cooperation and assistance in finding a solution to the issue at hand, as well as the Hungarian Football Federation for their support and agreeing to host the match in question.”

The same will go for Manchester City’s clash with Borussia Monchengladbach and Chelsea’s away tie at Atletico Madrid, which will go ahead in Bucharest.

Where will the second leg be played?

Unless current restrictions in the UK change, it’s still expected that the second leg between Liverpool and Leipzig will take place at Anfield.

Although both teams will be without the presence of fans, the Reds could hold a distinct advantage in the tie.

Liverpool finished top of their Champions League group and are looking to turn their injury-hit season around.

The Reds won the European Cup for a sixth time in 2019, but Bayern Munich picked it up for the seventh time last year.

Did you miss our previous article…
https://www.sportingexcitement.com/football/premier-league/man-utd-stars-harry-maguire-and-victor-lindelof-are-each-others-problem-and-dont-work-as-pair-blasts-gary-neville