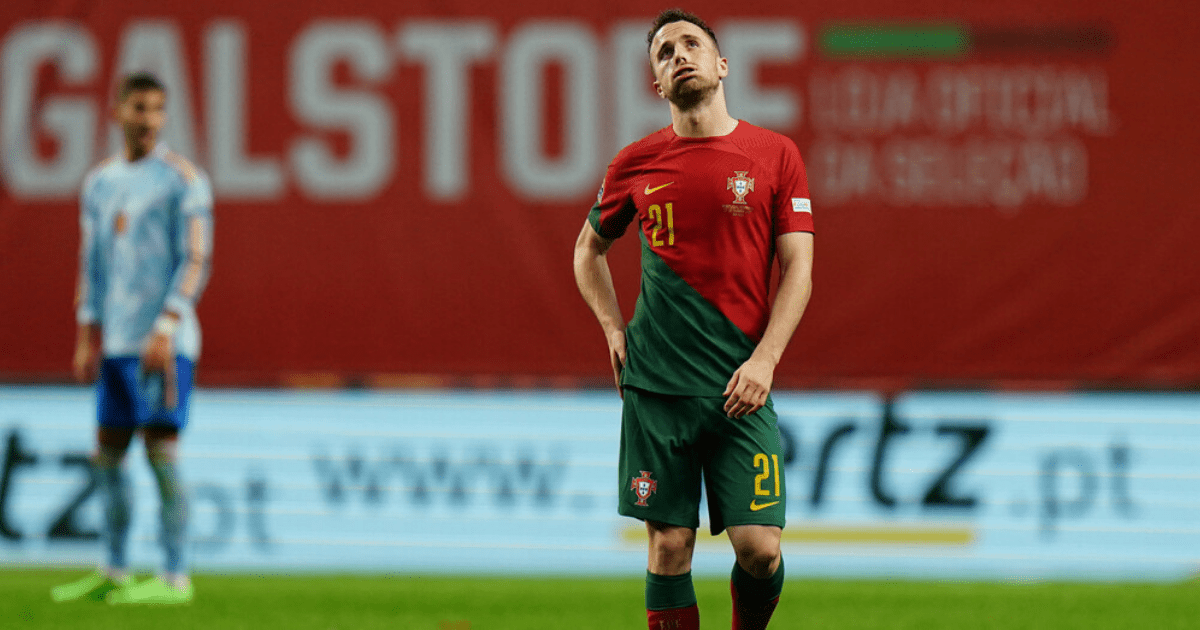 PORTUGAL face Uruguay in the second match of their World Cup campaign in Qatar.

Fernando Santos wasn’t short of attacking options when it came to picking his 26-man-squad to head to Qatar, however one man missing for the team in red and green is Diogo Jota.

The 25-year-old forward has being doing a great job of proving his £45million price tag from Wolves, scoring 24 goals in 58 games for Liverpool.

Although Jota will be unable to increase his 29 caps for Portugal with Santos making the decision to keep him out of the side.

Why isn’t Diogo Jota in the Portugal squad for the World Cup?

The absence of Jota has proven difficult for the Merseyside outfit in recent times, especially since the departure of Senegalese sensation Sadio Mane to Bayern Munich in the summer.

Liverpool’s number 20 suffered a calf injury during their 1-0 victory against Manchester City in October which saw him stretchered off during stoppage time.

The injury to Jota means that he will miss the chance to represent his nation at the World Cup for the first time.

Despite not needing surgery, it looks like the forward will have a sizeable lay-off before looking to return to action by the end of the season.

Did you miss our previous article…
https://www.sportingexcitement.com/football/premier-league/man-utd-blow-with-chelsea-to-reject-christian-pulisic-loan-offers-in-january-and-only-accept-permanent-transfers/

In this article:diogojota, playing, worldcup