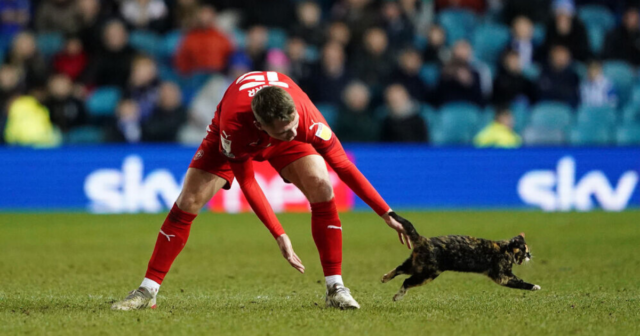 WIGAN defender Jason Kerr made a touching gesture to a cat after rescuing it from the pitch against Sheffield Wednesday.

The incredible scenes came in the wake of Kurt Zouma’s horrifying abuse towards his own pet moggy.

And what made it even more heartwarming was that the pitchside cat had been presumed dead by its owner after being missing for MONTHS.

The flighty feline made its way on to the Hillsborough turf during Wednesday’s League One clash against Wigan.

But the cat was quickly rescued by Lactics sub Kerr, who carried it to safety before giving it a reassuring wave goodbye.

It was a far cry from how Zouma treated his own pet, with the Sun exclusively revealing video footage of the West Ham defender kicking and slapping the defenceless animal.

Meanwhile, Wednesday have since confirmed their own pitchside moggy is safe and feline fine.

A Owls update on Twitter read: “The little fella left the stadium safe and sound. ”

And it has now transpired that the cat, named Topsey, had been missing since June last year.

Luckily for the curious creature, it was spotted on TV by its distraught owner, who is now waiting for vets to complete checks.

Alison Jubb, from north Sheffield, told BBC News: “She went missing last June. We were going away and I was taking her to a cattery and she escaped out of the cat box and we never heard anything again.

“My daughter-in-law rang me last night as they were watching the match and said there was a cat on the football pitch. I sort of laughed it off.”

“[After scanning the microchip] That was the first time I realised it really was her.”

“She’s got some bites on her neck, it looks like something like a dog may have grabbed her and shook her, so they need to do an x-ray. She’s a bit scared. 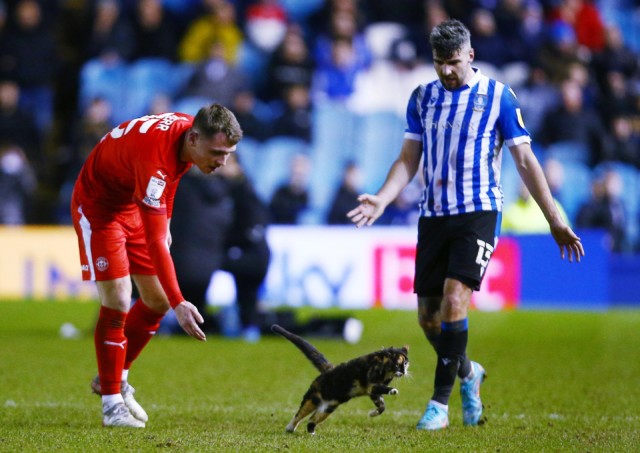 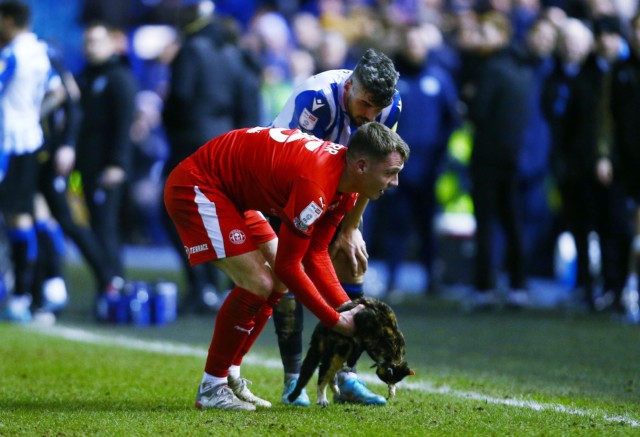 New fan favourite Topsey was trending on Twitter yesterday following the news of Zouma harming his own pet cat earlier this week.

Zouma bizarrely started in West Ham’s win over Watford despite the outrage over the defender kicking and slapping his cat’s face.

Unsurprisingly, the Frenchman was booed by both sets of supporters during the match and has now been axed from the Hammers’ squad.

But David Moyes defended his decision to select the centre-back, stating he is in charge of the football side of things at the club and others at the club will deal with the player separately.

He said: “I am really disappointed and the club have taken all the actions that they can do at the moment.

“They are working on that behind the scenes. My job is to pick the best team for West Ham and Kurt was part of that team. 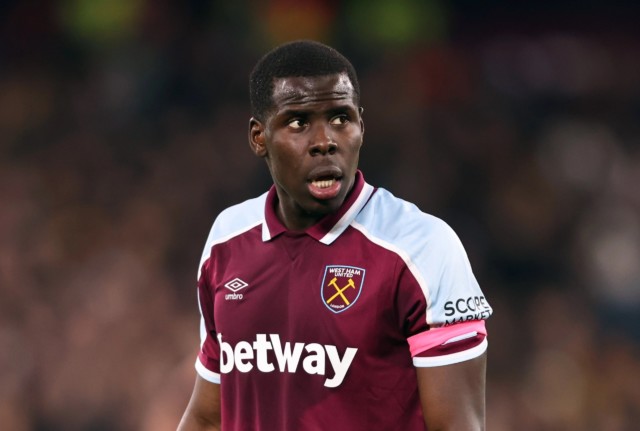 “I am a big animal lover. As I said, my job is to try and win for West Ham and to put out the best team for that.

“I think the club would rather deal with it all in time and they will let you know what the action is.”

In this article:hillsborough, sheffield wednesday, watford