Wigan striker Charlie Wyke, 28, rushed to hospital after collapsing in training and will be monitored over next few days
Advertisement 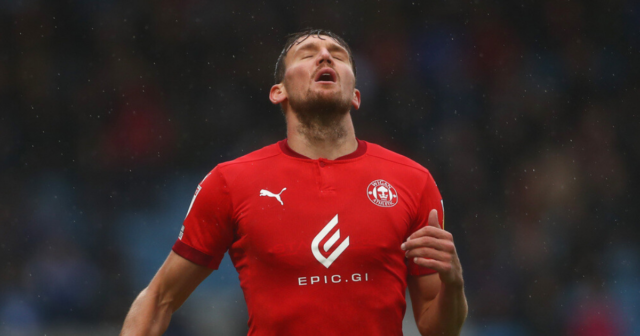 WIGAN striker Charlie Wyke has been rushed to hospital after collapsing in training, the club has confirmed.

The 28-year-old collapsed and was attended to by Wigan’s medical staff before being taken to hospital where he will be monitored over the next few days.

Wyke, 28, collapsed in training and has been taken to hospital where he will be monitoredWyke will not be available for selection ‘for the immediate future’

On the incident, Wigan Athletic Chief Executive, Mal Brannigan, said: “First and foremost, the absolute priority for everyone associated with Wigan Athletic is Charlie’s health and wellbeing and providing support to him and his family.

“As a Club, we would like to place on record our sincere appreciation to all of the staff within the NHS who, within what we know are challenging times, were excellent in their response and subsequent care for Charlie, working together with our medical team.

“Clearly this news will cause alarm, though we would politely request that the privacy of Charlie and his family is respected.

“At the appropriate time, we will look to provide further updates to our supporters.”

Wyke is the second Football League star to collapse this week.

Sheffield United’s John Fleck collapsed during their game away at Reading.

Fleck was rushed to hospital but discharged the next day.

Traore evaded a challenge from Nacho Fernandez, but the 26-year-old appeared uncomfortable afterwards.

As the ball went out for a throw in he turned around, before clutching his chest and falling to the ground.

The incident thankfully occurred right by the touchline, meaning club medics were able to attend to him quickly.