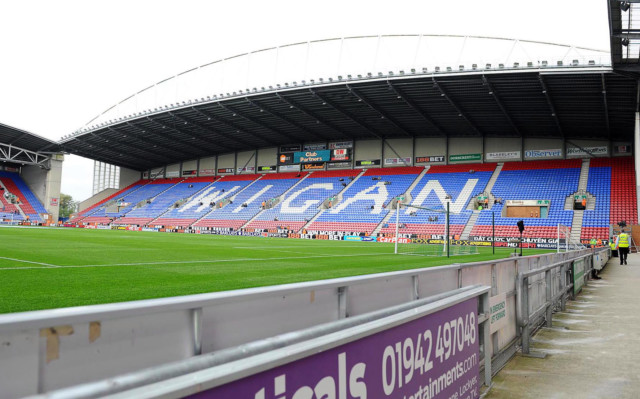 WIGAN ATHLETIC’S future is in jeopardy after their proposed takeover was blocked by the EFL because the new owners ‘failed to satisfy the league’s requirements’.

Spanish bidder Jose Miguel Garrido Cristo was hoping to close out a deal to purchase the Latics.

But as revealed by SunSport, the EFL wanted to ask more questions about his business as part of the Owners and Directors test.

And after ‘significant due diligence’ from the Football League, they have concluded the Spanish consortium do not pass the requirements.

The EFL said: “The EFL has in recent weeks undertaken significant due diligence on the relevant parties in accordance with its regulations and, based on the information that has been made available, the board confirmed it was not in a position to agree to an application to transfer membership in the EFL to the proposed purchasers as the League’s requirements have not been satisfied.

“The board reiterated its commitment to working with the administrators to secure a successful and sustainable future for the club and will meet with them to discuss the implications of this decision at the earliest opportunity.”

Garrido Cristo – the former Albacete and Castellon owner – was planning to put up around £1million from his Eolus Capital group into buying and then running the League One strugglers.

The EFL demanded bank statements about where Eolus Capital got their funds from.

Their last accounts showed they have £8.5m.

Leganes owner Felipe Moreno would have been a major shareholder along with Garrido Cristo’s brother Papadopaulo as the official partner.

Moreno was passed by the EFL but it is Garrido Cristo who was rejected, leaving Wigan – who will receive £375,000 from the Premier League rescue package – in the dark.

The club were placed in administration, relegated into League One, lost a number of key players in the summer transfer window and now sit bottom of the table without a manager.

Did you miss our previous article…
https://www.sportingexcitement.com/football/premier-league/watch-wonderkid-facundo-pellistri-score-first-man-utd-goal-before-revealing-his-ecstasy-in-gushing-instagram-post

In this article:premier league, wigan athletic