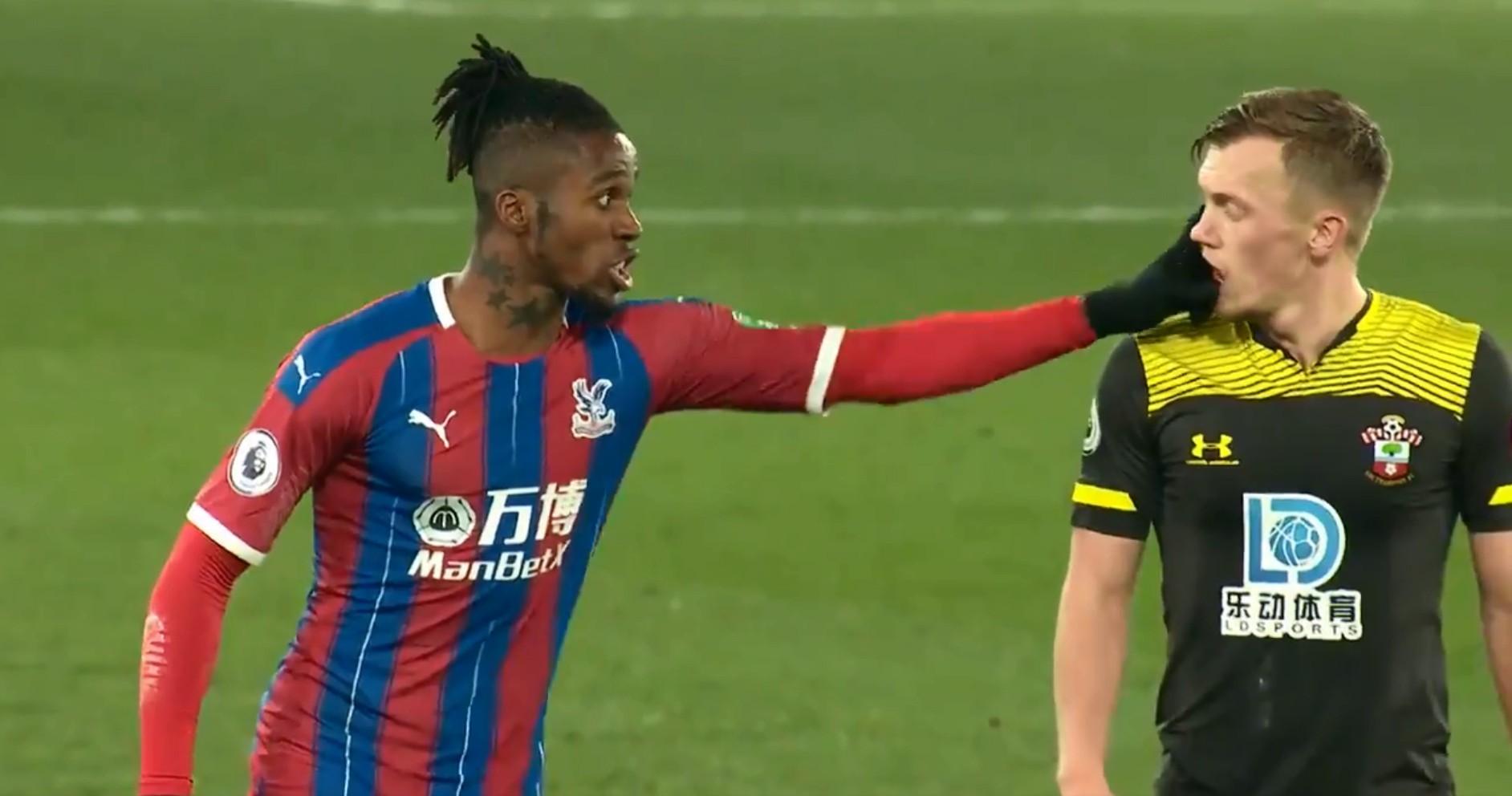 WILFRIED ZAHA has avoided FA action for his eye-poke on Southamptons James Ward-Prowse.

The simmering bad blood between the pair boiled over on the stroke of half-time as Saints stunned Selhurst Park with their 2-0 win.

Zaha and England midfielder Ward-Prowse squared up and TV pictures showed the Palace wide-man poking the Saints star in the eye.

While the on-field officials missed the incident, it was seen by the VAR team at Stockley Park.

With the players already heading back to their dressing rooms at the break, ref Andre Marriner was advised the clash did not meet the threshold required for a violent conduct red card.

And under FA rules brought in this season, that is the end of the matter.

The regulations state: If VAR was in operation, it is also necessary to establish from the match referee or VAR whether the incident was reviewed at the time.

If it is confirmed the specific act of misconduct was seen or reviewed at the time it occurred, no further action is taken in almost all cases.

The exception would be for what the FA view as extreme incidents, rather than general and mundane skirmishes, even if a red card might have been given.

The same regulations prevented any charge against West Hams Albian Ajeti despite cameras capturing what appeared to be an attempted headbutt on Evertons Mason Holgate in Saturdays 1-1 draw.

That means Zaha will not be punished although he may get a private warning from Eagles chief Roy Hodgson.

Zaha and Ward-Prowse clashed last season with the Palace man dismissed for his angry reaction to a foul by the Saints midfielder.

Marriner was also the referee on that occasion, booking Zaha once for his reaction and then a second time for sarcastically applauding the card.