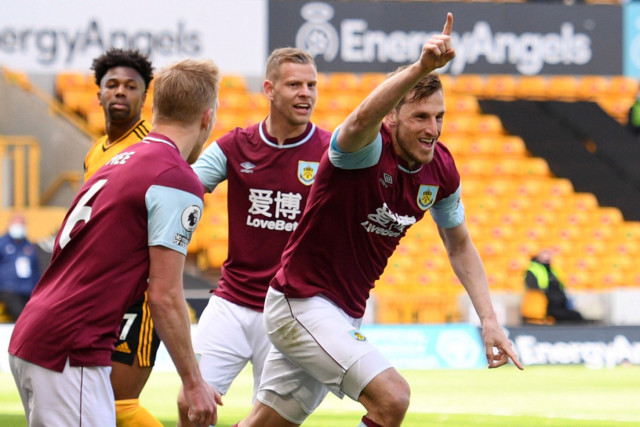 CHRIS WOOD became the first player to score a first-half away Premier League hat-trick since Michael Owen in 1998.

The striker was unstoppable in a freak first 45 minutes of football and put himself into double figures for the season.

Chris Wood celebates scoring his third of the afternoon

And their victory all-but ensured Sean Dyche’s men will enjoy another season of Premier League football.

Wood’s first came on 15 minutes when he beat Conor Coady before drilling a powerful effort into Rui Patricio’s far corner.

He made it two six minutes later when a Wolves mix-up allowed Dwight McNeil to lay the ball into Woods’ path and he couldn’t miss from a few yards out.

The hat-trick was complete on half-time when he headed home McNeil’s corner.

Ashley Westwood would then add the icing on the cake when he made it four in the 85th minute. 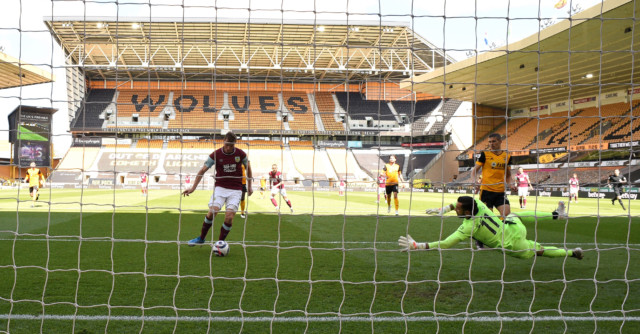 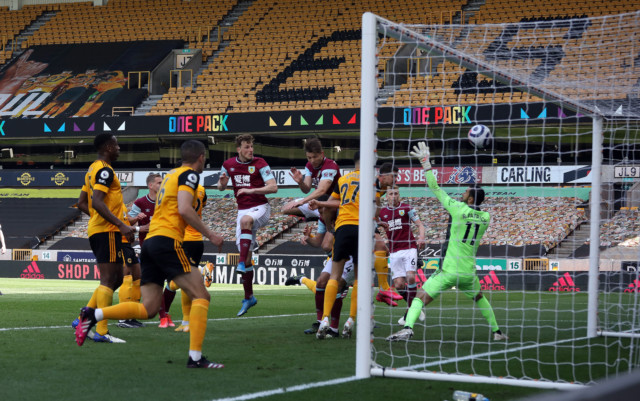 The striker was left unmarked to bag Burnley’s third